Parklets and streateries may hold they key to saving the futures of many Spokane restaurants during the coronavirus pandemic. 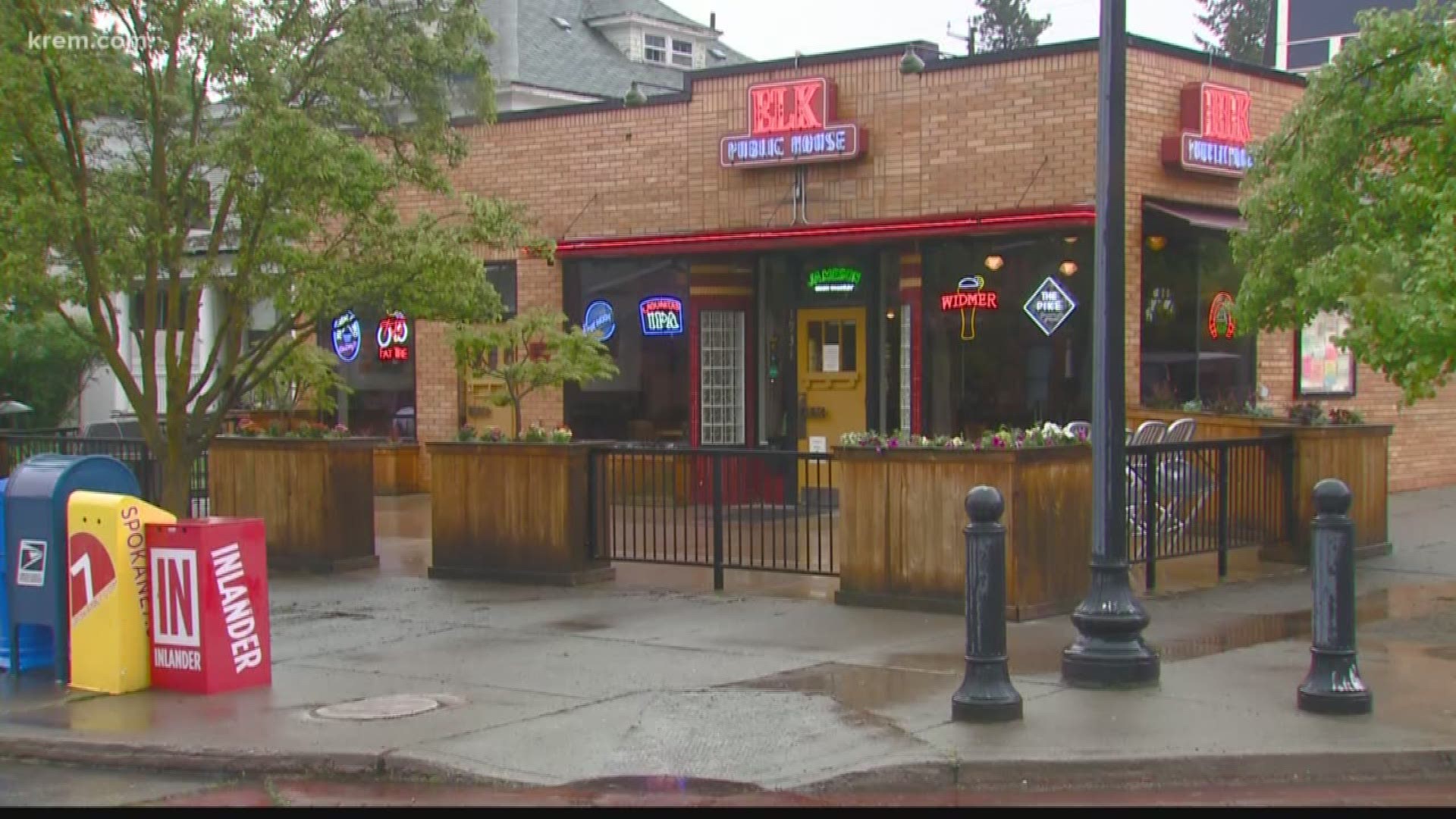 But for some restaurants, the maximum 50% capacity means they won't get enough customers to justify the cost of reviving in-person dining.

To help out, Spokane City Council passed an ordinance that clears the way for many local businesses to expand their operations to areas outside their storefronts.

Mayor Nadine Woodward signed an executive order to allow that ordinance on May 28. Businesses interested in being a part of the program can call 311 or connect with city council staff.

It's not a new concept. In fact, it's being tried out across the country right now.

Allowing restaurants and other businesses to operate on the sidewalk, in parking spots or in the road has actually always been a possibility in Spokane. You just need to apply for a permit.

A pilot program promoting "parklets" and "streateries" three years ago was successful, but after the initial excitement wore off, they mostly became a thing of the past.

"I think it was just too cumbersome to go through all the hoops," said Spokane City Council Member Lori Kinnear. "They were popular [at first] but as soon as we implemented it, the interest dropped off significantly. I think this will start interest again."

Now, they might be the way to save many restaurants' futures.

"I think in some cases it might make the difference between a restaurant being able to stay open and closing permanently," said Kinnear.

The ordinance passed on Thursday is designed to make permits easier to acquire by cutting red tape, like public comment hearings that Kinnear says no one was coming to anyway.

Fees for the special event applications would also be waived and continue through Sept. 31 unless the date is extended.

The city council also unanimously approved sending a letter to the Washington State Liquor and Cannabis Board that would allow bars and restaurants to sell alcohol outside on property that may not be connected to their own.

"This request is meant to help struggling bars and restaurants comply with Governor Inslee’s social distancing requirements while maximizing their service capacity," the letter reads.

The city will now work with the Liquor Control Board and various health departments to figure out exactly what these streateries can look like.

The primary concept is a module-type system where a few table and chair sets are placed in the parking section of the street in front of the business, and then surrounded by wooden barriers.

Another idea could be blocking off large sections of road where there are multiple businesses, as is being done in parts of Indianapolis.

"[We could] have an area like Browne's Addition with five restaurants in the same location consider taking out a special events permit so that all of them could be out in the street," Kinnear said.

The outdoor seating won't count against each restaurant's capacity limit, though social distancing will still be required.

It could also bring new vibrance this summer to a city exiting the hibernation of quarantine. If it works, the city could make the changes permanent, so we could see more outdoor business even in future summers.

"I think we're looking to streamline this, make it easier for the businesses going forward, even after this is over," Kinnear said.

RELATED: 'It was a huge hiccup': Spokane restaurant workers concerned about resuming work

RELATED: 'It's like opening a brand new restaurant': Reviving Spokane's businesses will be no small feat