'It was really quick': Boise eatery shares experience of getting a small business loan to keep doors open

Meraki Greek Street Food was approved for a small business loan through the federal government's stimulus program. The owners say it was a pretty simple process. 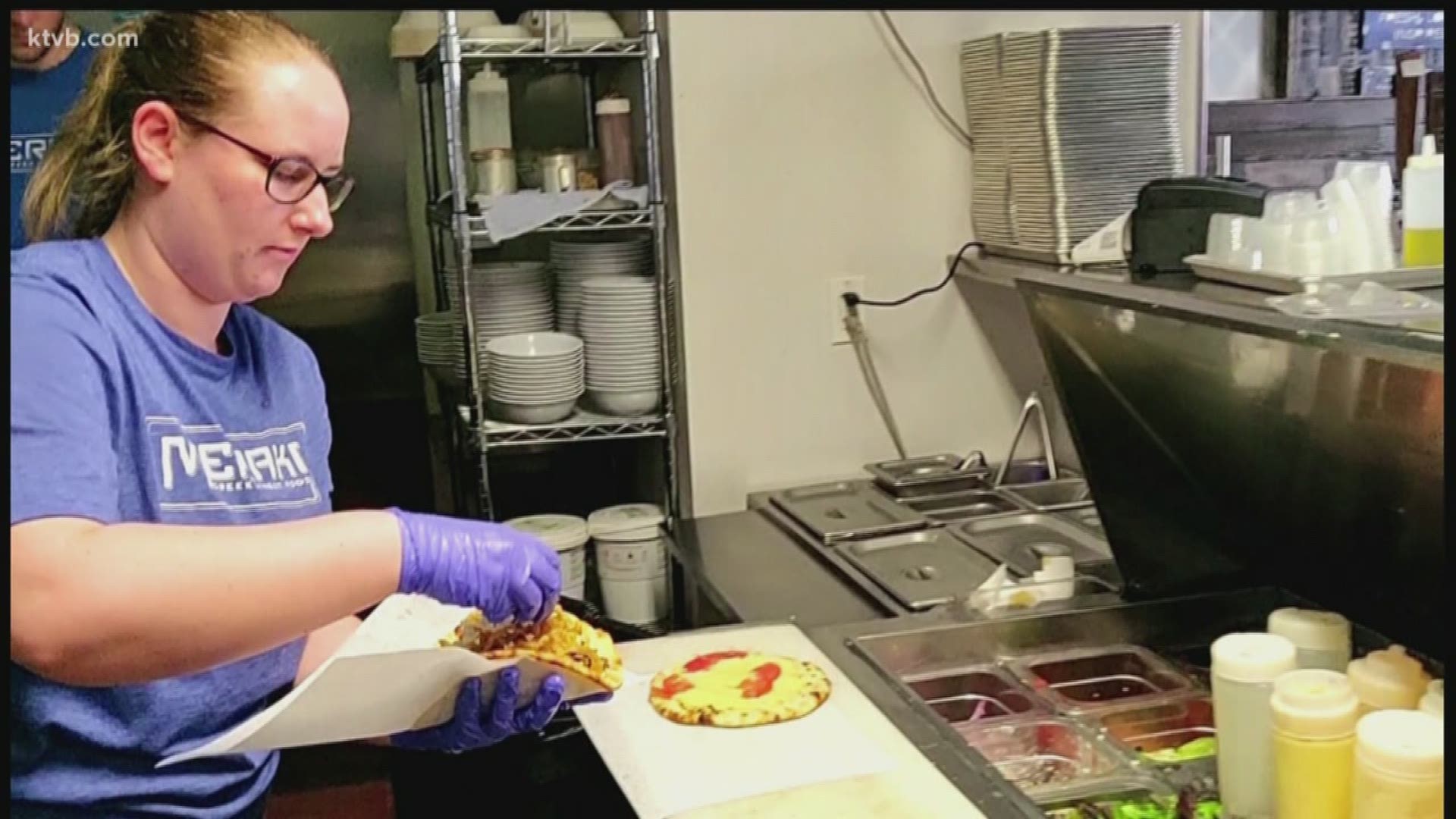 BOISE, Idaho — It's been nearly one week since Congress rolled out its paycheck protection program, which is aimed at helping small businesses stay afloat during the coronavirus pandemic.

The PPP is part of the government's $2.2 trillion stimulus package.

Applications for the small business loans under PPP started on Friday and since then, many businesses have tried to capitalize on the aid.

Sen. Mike Crapo (R - Idaho), chairman of the Senate Banking, Housing and Urban Affairs Committee, told KTVB since the program rolled out, tens of billions of dollars in loans have already been given out.

One Boise business that was approved for a loan is Meraki Greek Street Food.

Based in downtown, Meraki gets most of its business from foot traffic. Once the first case of coronavirus was announced in Idaho, business took a sharp drop. It took another hit when the statewide stay-at-home order was first implemented.

“There were days I didn’t know if we could justify keeping the lobby lights on,” said Farrah Kalatzakis, who owns the business with her husband Aki.

Early on, the couple considered closing their doors many times.

“It was like an 80% drop right away in that first week as far as sales,” Aki Kalatzakis said.

But they decided to stick it out and wait for the small business loans from the federal government to become available.

In the meantime, Meraki made several changes to draw in as many of its customers as possible. Like many businesses, it shifted to relying on takeout and pickup orders, even implementing curbside pickup.

“We’ve seen those sales come back up and overall our sales are probably down between 50% and 60% from normal which is pretty significant,” Aki Kalatzakis said.

On Friday, the Kalatzakis' applied for a small business loan.

“We were able to work with our accountant to get the information we needed, which was pretty easy," Aki Kalatzakis said. "You pretty much get your average payroll, times it by two-and-a-half times, that’s what the application of the loan is going to be for."

Five days after applying, the couple learned they had been approved for $43,000.

They said the whole process was pretty simple.

“Very easy," Aki Kalatzakis said. "It’s just a simple two-page application, you get the payroll documents from your accountant/CPA, attach it all and submit it. It was really quick.”

The couple said they were told to expect the money from the loan within 10 to 15 business days.

RELATED: Coronavirus and concerts: closures take big bite out of what was to be a big year for Boise-area venues

According to Crapo, small businesses are the "major engine in our economy" and must be kept afloat. That's the goal of the PPP.

“This program is the lifeline, it’s the safety net to keep our small businesses and our workers employed and active,” he said.

Farrah Kalatzakis noted that one challenge was finding a bank able to do the loan. Crapo said that is a concern for many but it's something that Congress plans to soon fix.

“Our goal – which I believe we’re making very quick progress on – is to have every small bank, medium-sized bank, large bank, credit union or other financial institutions that can make loans engaged in this program,” he said.

When it comes to small business loans, most are 100% forgivable.

“If they use these loans in order to keep their employees in place and not lay them off or furlough them, then they will be able to have the loans forgiven,” Crapo said.

The Kalatzakis' said the loan will make a huge difference for them and other businesses like them. They've already encouraged neighboring businesses to apply for the loan as well.

They hope that small businesses, even if they'd had to close their doors, won't give up the fight.

"Really just keep the faith and see what you can do and maybe look at your business in a way you haven’t looked at it before,” Farrah Kalatzakis said.

Crapo hopes people will continue to support small businesses in any way they can.

“I strongly encourage people to support their local businesses," he said. "These local businesses, through no fault of their own – through government mandates – are not able to operate right now in most cases.”

On Thursday, Democrats in the Senate stalled a bill that would have added an additional $250 billion in funding aid for small businesses. The reason was that the Democrats first wanted to see more funding for hospitals, as well as state and local governments.

Crapo said he was "discouraged" by the decision.

“Because of politics, it was objected to on the other side," he said. "We’re not going to stop trying to push for this and we will continue trying to make this one adjustment so we can give greater aid to the small business functions and the employees we're trying to save.”

Banks or businesses with questions about the PPP can contact Crapo's office for further help.

RELATED: Breaking down what stimulus checks mean for Idahoans and their taxes

RELATED: Gov. Little discusses his stay-at-home order and the fight against coronavirus in Idaho