Idaho wine industry concerned about proposed EU tariffs: 'As drastic to the wine world as prohibition was'

The proposed tariffs are 100%, meaning wine coming over from Europe could double in price. 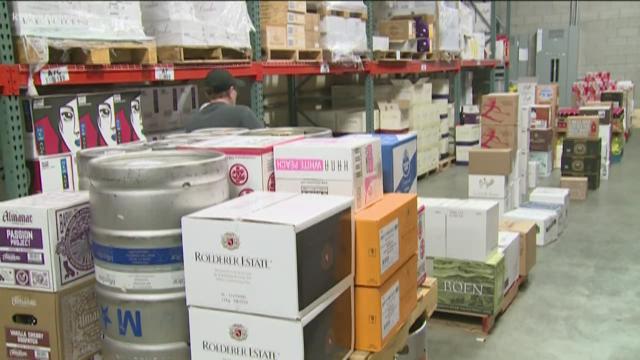 GARDEN CITY, Idaho — Your favorite bottle of European wine could soon double in price, thanks to proposed tariffs on agricultural goods coming over from European Union countries.

The possibility of a price jump has some in the Treasure Valley wine industry concerned.

“We sell over 100,000 cases a year, we have 40 employees statewide and we service all the major metropolitan areas of the state,” Idaho Wine Merchant President David Buccolo said.

“Imported wine from Europe in particular is 20% of our total wine sales,” he said.

The proposed tariffs would be 100%, meaning wines coming from Europe would double in price.

The tariffs are in response to a French tax on American tech companies like Apple and Google, and over the fact the European Union provided subsidies to Airbus, a company that makes airplanes.

Jeff Moore is another distributor who co-owns AWC distributing, located in Garden City. The name may be unfamiliar, but he serves some big clients in Boise.

He relies heavily on European wine to make a living.

Not only would the tariffs potentially put him out of business, it could have long lasting impacts on the wine selection in the United States.

“It's hard to fathom that 100% tariff, what it could really do to the wine world in this state,” he said. “A lot of these great wines that we get from these wineries in the EU, if they start selling them to China or to Russia or other countries, we will never see them again because that allocation goes to those countries.”

Right now, both Buccolo and Moore are really just waiting to see if the proposed tariffs become a reality.

“To lose 20% of your business in total would wipe out a huge portion of our profit margins,” Buccolo said.

“This could be as drastic to the wine world as prohibition was,” Moore said.

In an email from the Wine & Spirits Wholesalers of America, the advocacy organization said that demand models developed by them estimate the tariffs would lead to 17,000 lost jobs and more than $750 million dollars in lost wages across the country.

RELATED: US consumers are snapping up Italian Parmesan before tariffs hit

The model also predicts this could cost the American economy more than $2 billion.

The tariffs would impact other agricultural goods coming over from Europe, like cheese and olive oil.