Kruger's Farm on Sauvie Island is growing 22 acres of hemp, right along with the pumpkins and corn. 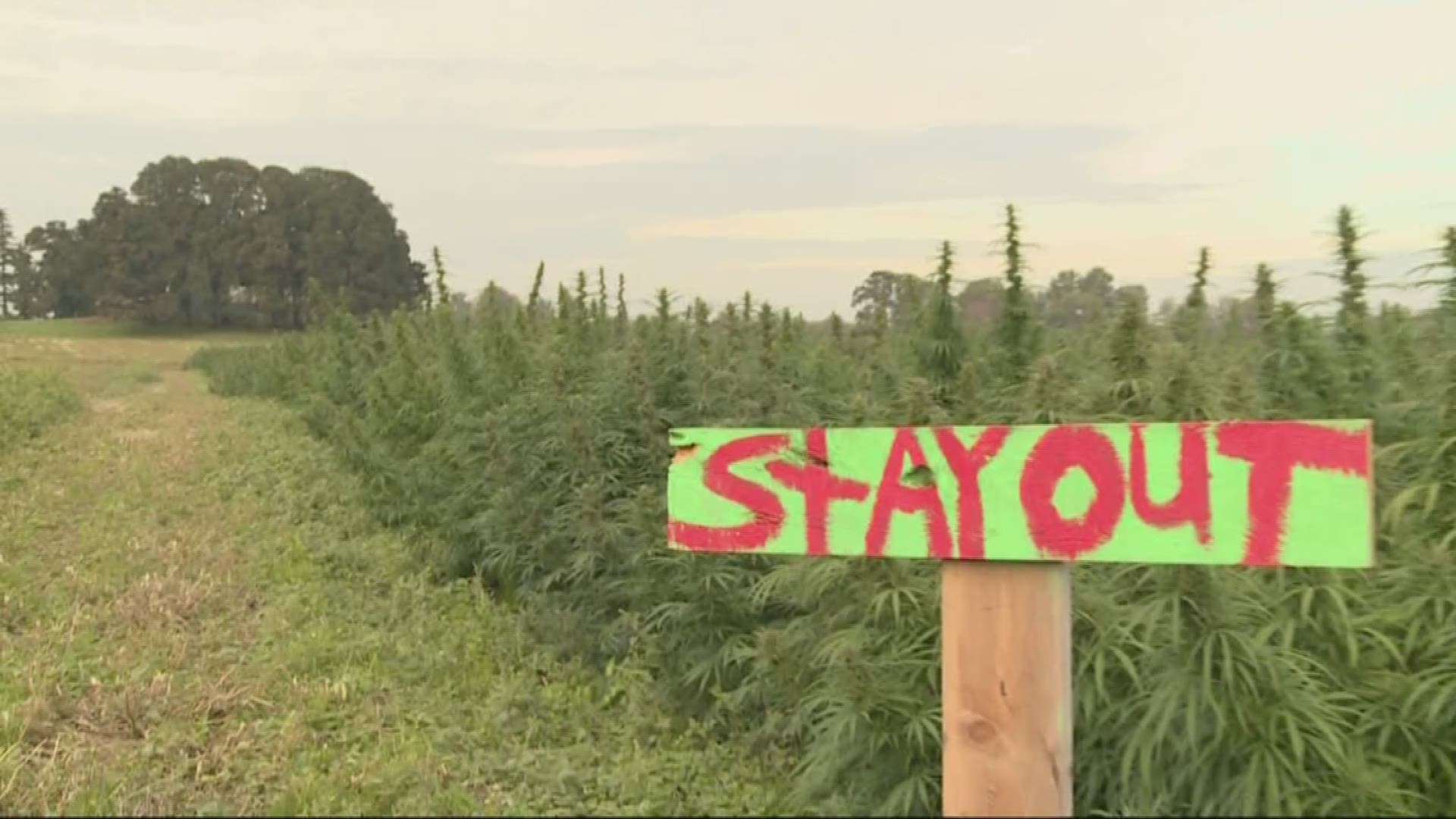 PORTLAND, Ore. — It's harvest time on Sauvie Island. Across the patchwork quilt of farm plots you’ll see the land’s bounty: acres upon acres of pumpkins, corn and hemp.

Kruger is growing 22 acres of hemp and leasing space for another 35-acre hemp grow. It’s nestled right between his wildly popular pumpkin patch and corn maze.

“It's a new territory,” said Kruger.

You can't miss the hemp fields on hayrides, but Kruger said plenty of people have mistaken them for marijuana.

“We did get a customer who called and even posted that we were growing marijuana and how upset she was that we were doing that,” said Kruger.

The hemp plants look like cannabis and even smell like cannabis, but there’s a big difference between them. Unlike the THC found in marijuana plants, the CBD in hemp won't get you high. You may have seen CBD products in stores, sold as oils and tinctures that some believe have healing properties.

Oregon farmers are growing nearly six times the amount of hemp they produced last year, according to the Oregon Department of Agriculture. By June, the state had licensed 1,342 growers to plant 46,219 acres of hemp, compared to 7,808 acres in 2018. In May, the USDA clarified that under the new Farm Bill, growers can now export hemp across state lines. That means hemp is just another crop, and a potentially lucrative one, at that.

Even so, Kruger said hemp is not a guaranteed cash crop. He says timing the harvest for maximum CBD content against mold-inducing rain, is a gamble.

RELATED: Hemp farming on the rise in Oregon and CBD business continues to grow

RELATED: How much CBD is really in that CBD water, donut or beer?