“It was all about just being a time capsule to the 80’s, and a lot of people really appreciated that.” 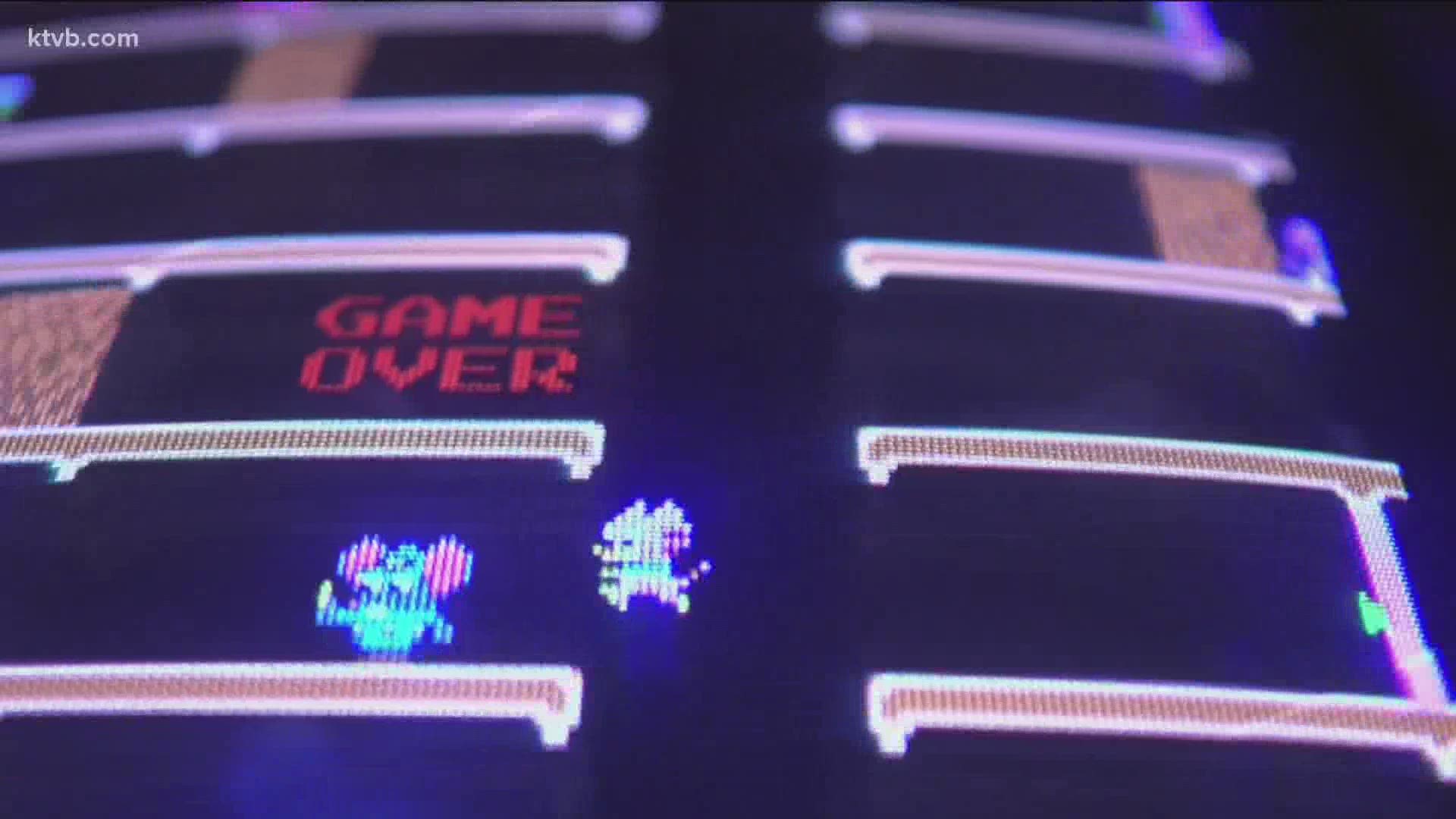 EAGLE, Idaho — The coronavirus pandemic has led to the shutdown of another Treasure Valley business, a closure that strikes a blow to the local gaming community.

Grinkers Grand Palace in Eagle, an 80's themed arcade, closed its doors for good on Tuesday.

Alex “Mac” McCintick, the former manager at Grinkers, said the economic toll of the pandemic hit the business hard.

“We were struggling during COVID, but I was pretty confident that we were going to make it through it and be able to keep going and everything but we just kind of got blindsided a bit," he said.

The arcade typically drew hundreds of people a night, and was open seven days a week. But after COVID-19 struck Idaho, Grinkers limited its capacity to 30 people at a time, and dwindled its days of business down to three.

McCintick said the location off of Eagle Road and State Street held almost 300 games - one of the largest collections of vintage arcade games in the U.S.

“It was all about just being a time capsule to the 80’s and a lot of people really appreciated that,” he said.

One of those people was Martin Foy, a regular at Grinkers. Nicknamed "The Pilot," Foy held high scores on many of the games.

“There were 300 games, but at least 200 of them I didn’t have high scores on so plenty of room for improvement,” he said with a laugh. “I’d come in whenever I could - for a while there it was probably four or five days a week.”

The closure was hitting him and the other members of the Treasure Valley gaming community hard, Foy said.

“It was all about the social interaction, and meeting all the people, and having the camaraderie that kept you going back," he said. "It was actually less about the games and more of the environment that the place had.”

"Man, it’s so hard knowing it’s gone now,” he said. "I hope we can make something else happen in the future, but I don't know if the magic will ever be the same."

Grinkers' owner, Stephen Barbey, wrote in a statement that although the arcade is shutting its doors, he has plans for his next business.

“Thank you Treasure Valley for eight great years. While Grinkers was unable to survive the pandemic, we will be taking care of our amazing staff," he wrote in the statement. "We will be opening a small sandwich shop in downtown Eagle in the former Zen Bento building. Be sure to stop by for a tasty sandwich and an ice cold beverage. We may even put a couple of games in the corner."

RELATED: Restaurant closures and layoffs: The impact of the coronavirus outbreak being felt across the Treasure Valley

But for now, those who loved Grinkers are left to mourn the arcade and all it has given them over the years.

“It feels like you’re missing part of your family, not like an arcade has closed,” Foy said.