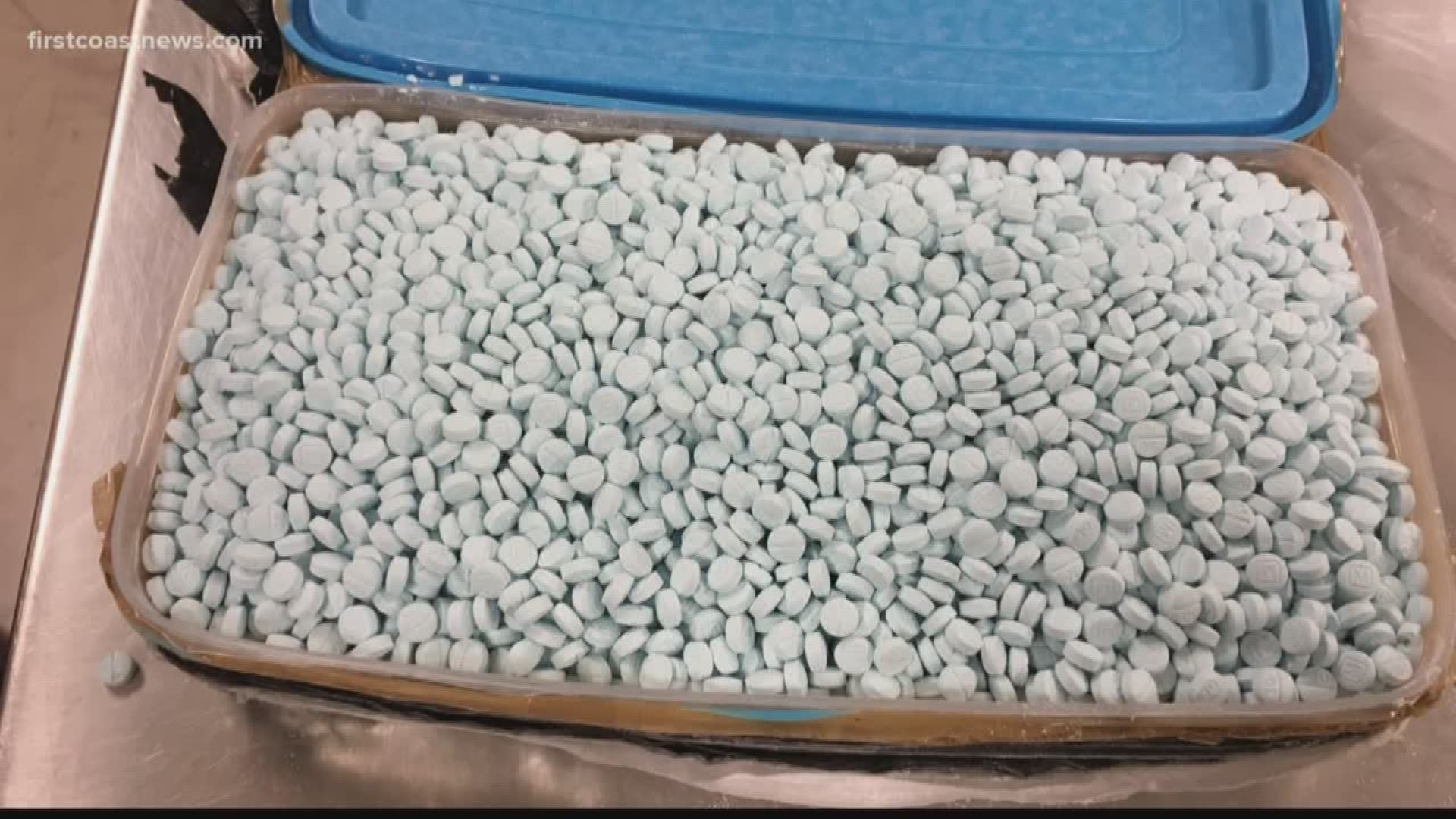 JACKSONVILLE, Fla. — The Drug Enforcement Administration is alerting the public of dangerous counterfeit pills killing Americans. Mexican drug cartels are manufacturing mass quantities of counterfeit prescription pills containing fentanyl, a dangerous synthetic opioid that is lethal in minute doses, for distribution throughout North America, according to the DEA.

Based on a sampling of tablets seized nationwide between January and March 2019, the DEA found that 27 percent contained potentially lethal doses of fentanyl.

Fentanyl and other highly potent synthetic opioids remain the primary driver behind the ongoing opioid crisis, with fentanyl involved in more deaths than any other illicit drug.

A lethal dose of fentanyl is estimated to be about two milligrams but can vary based on an individual’s body size, tolerance, amount of the previous usage and other factors. The full Fentanyl Signature Profiling Program Report on the recent drug sampling and testing is available on DEA.gov.