A large tree fell on top of the family's van, narrowly missing the tent where the kids were sleeping. The parents, who were sleeping inside the van, were not hurt. 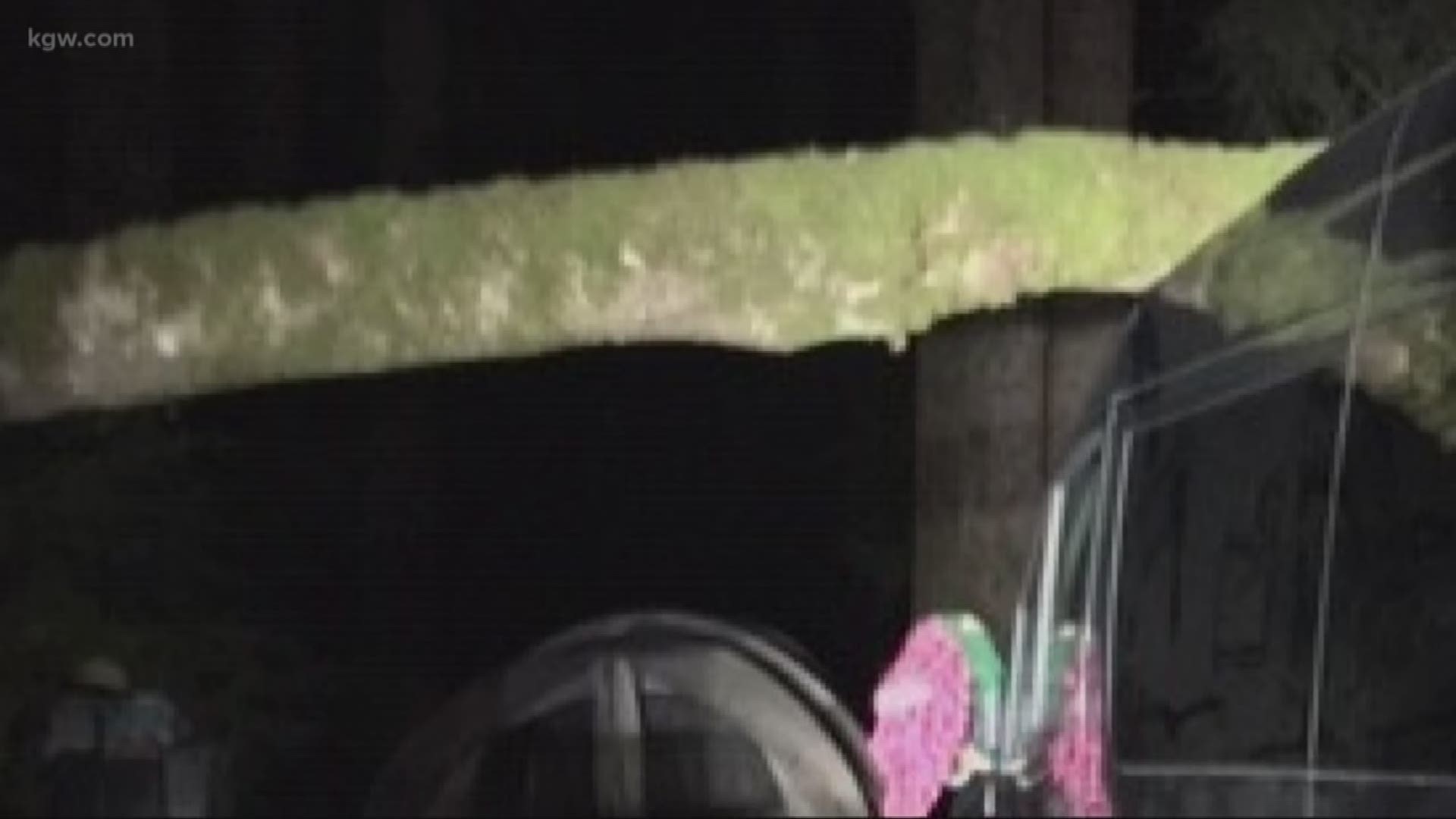 Thankfully, nobody was hurt.

KGW's Laural Porter was camping with family in the neighboring campsite. She said "the sound of the tree cracking and falling was one of the most terrifying things I've heard." She spoke to the family Sunday morning.

"We were actually totally asleep, and then I felt the car bouncing and shaking all over," Shawn told KGW. "I thought somebody was outside the car, pranking us or something. I got out of the car, looked around, and almost went back in the car to go back to bed, and then somebody told us to look up, and there was a tree on the car."

Tree falls onto family's van in campsite at Cannon Beach

Shawn's wife said the tree shook the van so much, she thought she was waking up to the van rolling down an embankment.

"I thought we were bouncing down the hill and we were going to die," she said. "I'm glad that we didn't."

One of the kids said the experience was "super scary."

VIDEO: Family speaks about tree falling on van in campsite