Teens and adults can be in front of a screen for 9 to 11 hours a day when you factor in the multiple screens people find themselves staring into, at the same time. 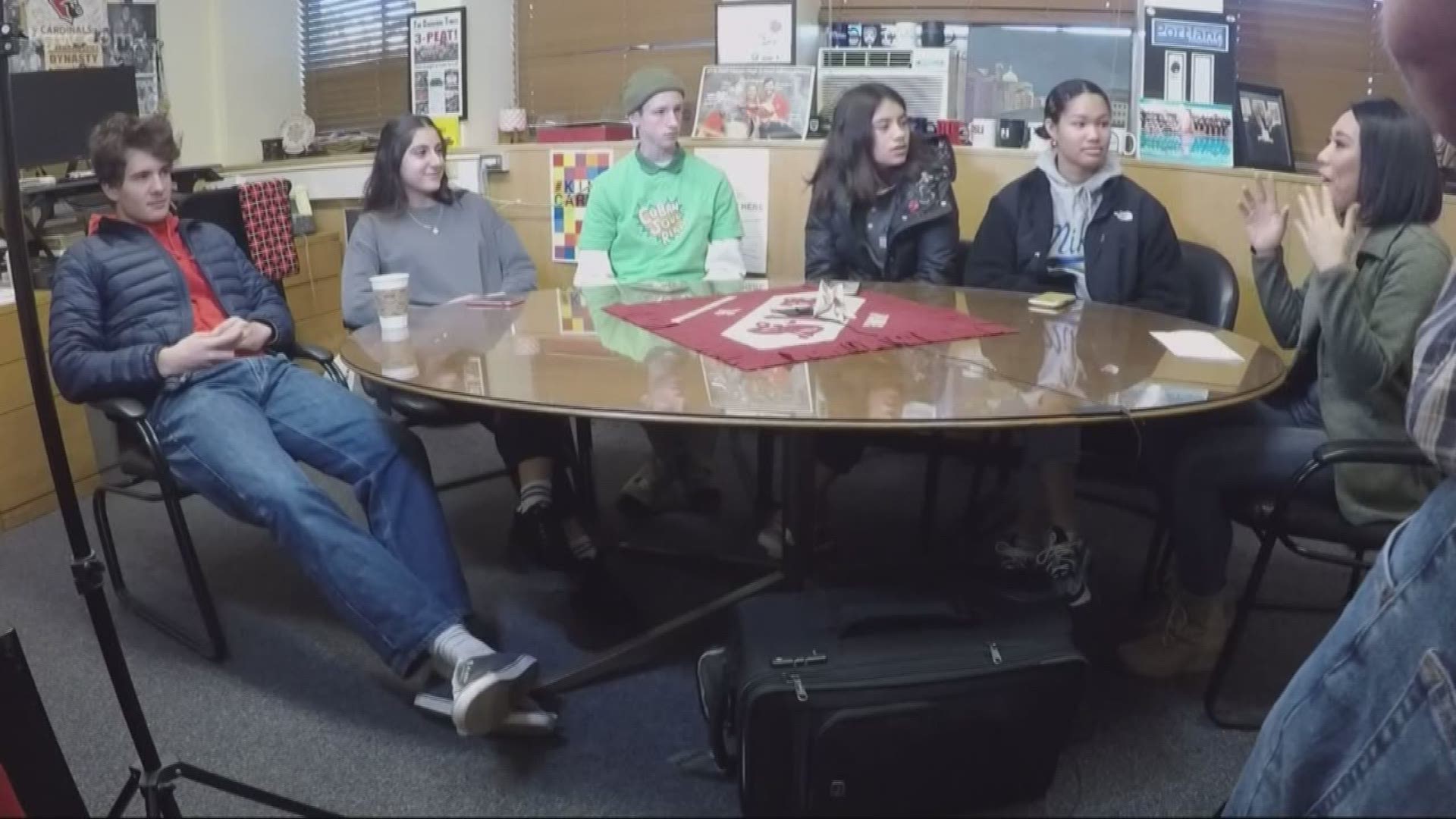 PORTLAND, Ore. — It is Digital Detox week at KGW. The idea is to disconnect from the electronics that take up way too much of our attention and time.

The research that has come out in recent years is worrisome.

Teens and adults can be in front of a screen for about 9 to 11 hours a day when you factor in the multiple screens people find themselves staring into, at the same time. In addition, increased screen time on social media has also been linked to higher rates of anxiety and depression in young adults.

The fact is, in today's world, so many of us just can't pull ourselves away from our phone, tablet or laptop screens.

We decided to sit down with some juniors and seniors at Lincoln High School. Jake Berry and Pontea Sabi are seniors. Sam Denton, Sofia Jayaswal, and Ikasha Lowe are juniors. They've all grown up with technology right at their fingertips. We got their perspective on the impact of screen time on their lives.

When asked how they’d describe their relationship with their phone, Sam said he’d describe it as an addiction. His fellow students nodded in agreement, nervously laughing at his answer.

“I’ll literally have to put my phone in a different room while I’m doing homework because if my phone buzzes, I’ll be like ‘Oh what’s that’ and I’ll look at it right away,” said Lincoln High junior, Sofia.

“The second you hear that buzz, you want to go grab it,” Jake said.

They said having multiple screens open at the same time, is not uncommon.

“I would have my laptop and my phone to the side … like YouTube and then homework,” said Ikasha.

Her friends say they do the same thing, sometimes they’ll be on their phone scanning Instagram while Netflix is also on a computer or TV.

The students we spoke with say they got their first phones around 5th grade. Some started out with flip phones, then soon graduated to smartphones.

Their average daily screen time, which can be found under settings on the Apple iPhone, ranged between three to four hours a day. Though, for some like Sam, that screen time could sometimes go up to between eight to nine hours on weekends.

They reported that popular apps included Snapchat, and mostly Instagram.

“I think it's negative because you're not as present,” said Pontea about young people spending so much time on their phones.

“I think it also prevents us from meeting new people,” Sofia added.

“These people are only posting, they're trying to make their life seem perfect, which I think is probably the most dangerous thing about social media,” said Jake.

“On social media it's just all of this positivity which you would think might uplift you, but I think it actually ends up bringing you down because if you're not at that moment affiliating with what they’re posting, you're like ‘Why am I doing so much worse than everyone else,” he continued.

“I've definitely thought about, do I really need this? Is this really helping me? Are the negative effects bigger than the positive effects,” said Sofia.

While the students we spoke with said they’ve thought about deleting apps like Facebook, sometimes the fear of missing out, also known as FOMO, is too great. They also acknowledged that, there are positives associated with social media and smartphones. They said technology helps you keep in touch with people you don’t normally see every day.