After 'adventurous wedding' near snow-capped peaks, couple surprised by rescue group called in to help

Some of the group's snowmobiles got stuck in melting snow. But the wedding party, which was mostly experienced backcountry users, was able to dig them out. 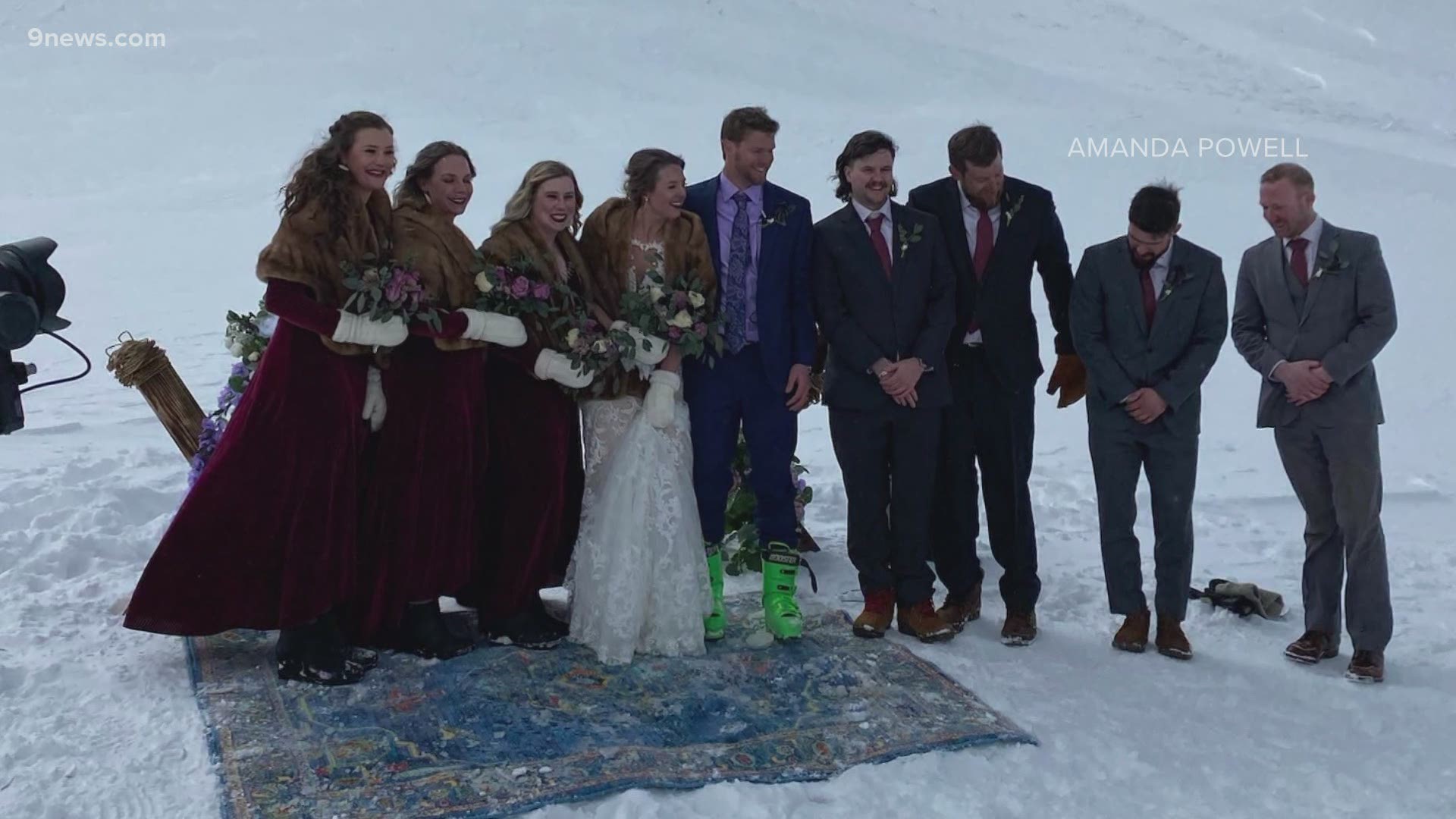 SUMMIT COUNTY, Colo. — Josiah and Amanda Powell wanted their wedding day to be as adventurous as they are – but they might have underestimated how adventurous the day would become.

They took snowmobiles and UTVs up to Montezuma in Summit County on Saturday, where they had a small ceremony near a few snow-capped peaks.

"Our vision was, because we are snowmobiling or skiing every weekend in Colorado ... to be able to bring our immediate family and then our wedding party to be able to experience that," Amanda Powell said. "So we planned this whole day, and it went out mostly without a hitch."

But on the way back down the mountain, some of the UTVs got stuck in melting snow, the couple said.

The wedding party, which was mostly experienced backcountry users, dug out the machines, but one guest called 911 before everyone was out.

So Summit Rescue Group rushed to the scene.

Josiah Powell said he and his wife Amanda were the last ones down the mountain after spending an extra 30 minutes taking photos. That's when a friend said to the couple, "just to let you know, search and rescue showed up."

"I'm like, oh, all right," Josiah Powell said. "So they were great, super kind, they all congratulated us ... they're really great group of people."

Amanda Powell said the Summit County Rescue Group (SCRG) realized the wedding party was OK and had gotten their vehicles out so the rescue group did not have to unload their equipment.

"The bride and groom arrived at the trailhead shortly after and were surprised to find that an extra 60 strangers had been invited to their wedding," the SCRG said on its Facebook page. "They graciously agreed to pose for a few photos. Cheers to the bride and groom! We like to see a true Summit County style wedding."

But the adventure didn't quite end there.

"We had a local cater at an Airbnb in Breckenridge. And so luckily we had one or two guests that had left early and notified the caterers that we were going to be very behind schedule," Amanda Powell said.

The couple said everybody eventually got out. Their whole family is from Minnesota, so people were pretty used to the cold and snow.

"Everyone was very exhausted," Amanda Powell said. "That's a long day in the sun in the wind. But no, we definitely got to do all the wedding activities afterwards, too, so it all worked out and was really fun.