Earl Silverstein, 70, worked in the nation's capital for two decades, then worked many of his 'retirement years' at Idaho's NewsChannel 7. He passed away Thursday. 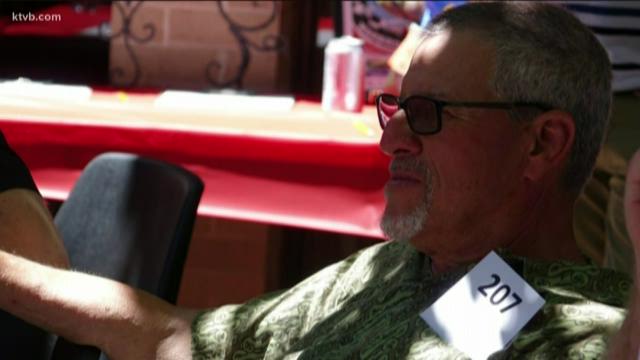 BOISE, Idaho — The staff of KTVB is saddened to report the passing of Earl Silverstein.

The longtime Eagle resident died Thursday of medical complications at the age of 70, Silverstein's daughter said.

Silverstein, originally from Philadelphia, Pennsylvania, moved to the Treasure Valley following a 20-year career with the Secret Service.

After helping protect five U.S. presidents -- from Richard Nixon to George H.W. Bush -- he worked to make sure the people inside the KTVB facility on Fairview Avenue were safe, too.

Silverstein first visited Idaho when he came to the Gem State with then-Vice President Bush. He said he quickly fell in love with the area and the people here, and knew Idaho was the place he wanted to retire.

Related: Local man reflects on his years with the Reagans

But Silverstein didn't simply ride off into the sunset when he came to Idaho.

At the KTVB building on Fairview Avenue, he answered phones, received station visitors, led station tours, and briefed all KTVB employees on security and safety. In security quizzes that employees were asked to complete every few years, Silverstein included three "trick questions" -- just one example of his friendly nature and unique, sharp sense of humor.

"Earl was more than a coworker; he was part of the KTVB family," said Kate Morris, KTVB president and general manager. "Long after retirement, he joined for our company picnics and staff celebrations on a regular basis. He was a friendly face that we enjoyed regularly at the station, and he will be missed greatly."