Dennis and Debbie Willer broke ground on their new home in Lyons on Feb. 5. They expect their home to be complete in July. 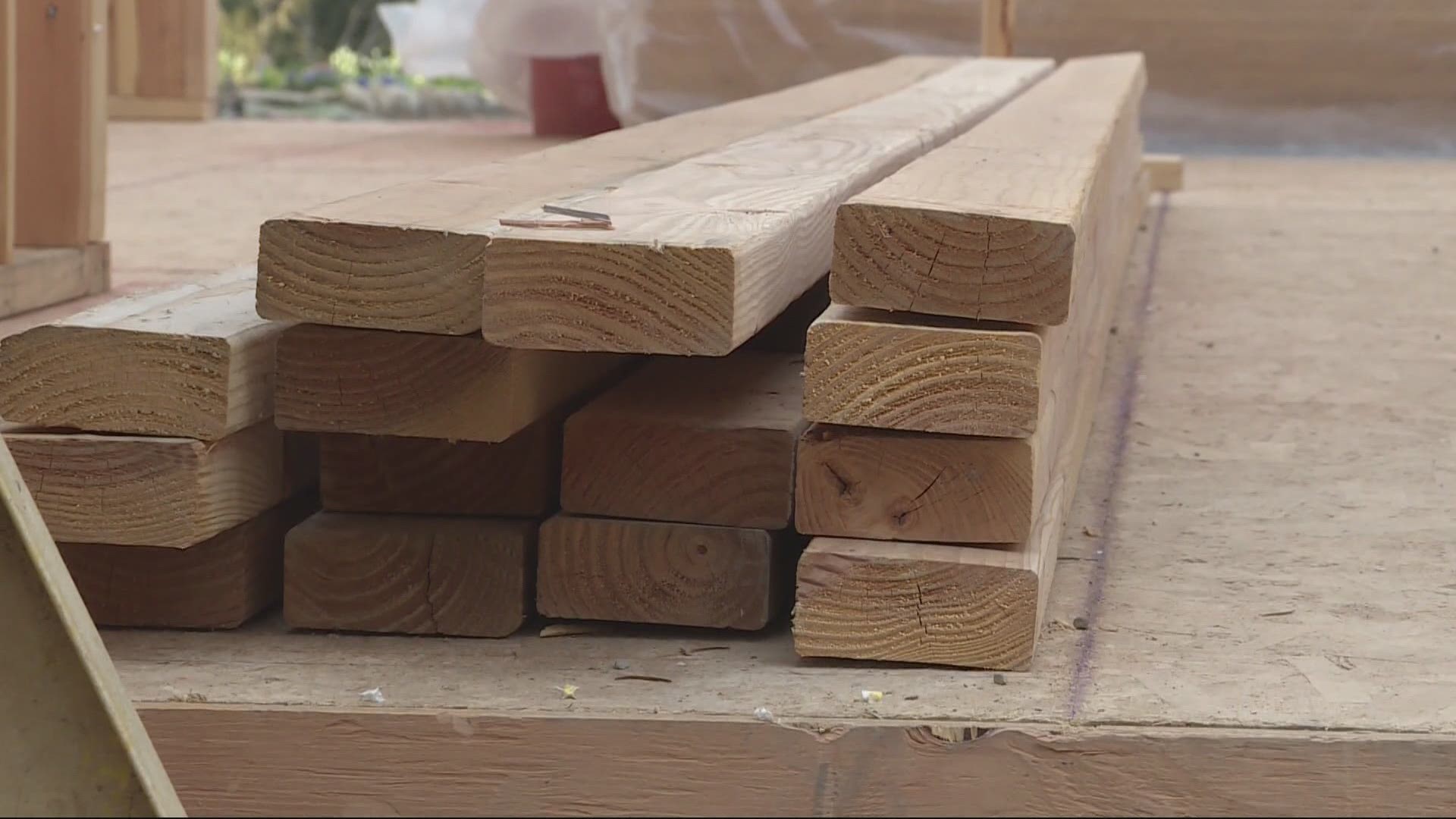 LYONS, Ore. — There are still a lot of people who are struggling after losing their home in last year’s wildfires.

But some people have started to rebuild. Dennis and Debbie Willer’s dream home was a gorgeous place next to the river in Lyons. It was where they planned to retire and had moved in July of 2020.

“We said this is the home we’ve been thinking of our whole lives,” Dennis said.

But then in September, just two months after moving in, wildfire roared through the Santiam Canyon.

Debbie remembers being woken up in the middle of the night by explosions.

"The explosions were getting closer and we had these huge windows and they were actually rattling in their frames from the explosions," she said.

The Willers took off, driving through fire to get out.

"I’m just trying to feel the road with the tires the gravel [...] Everything was in flames. So we were driving through flames to get out and I still could not see the road and I thought when I feel smooth [ground] I’ll know I’m on the highway and I’ll turn," said Dennis.

He believes that within 20 minutes of leaving, their house was engulfed in flames.

"It was scary but when I saw that road with all the flames, my heart just sank. I said, we’ve just lost everything we’ve owned,” he said.

They came back to find their home leveled. But Dennis said he’s glad that before the evacuations, he took pictures of everything they owned for insurance purposes.

"By the time claims agent got here on the property to confirm yes it’s a total loss, I had a 29-page Excel sheet for her saying, 'here’s my personal property loss.' It made the process a lot easier," he said.

When it came to rebuilding, at first the Willers hoped to get help from FEMA. But Dennis said he became wary of fine print on one of the documents he was about to sign.

"There was small print on the last page that said you are signing off your right to allow us to bill your insurance agency if FEMA runs out of money and they need to recoup costs. And that scared me," Dennis said.

KGW reached out to FEMA to get clarification. Paul Corah, a spokesperson with FEMA said in an e-mail:

Because of the Willers’ uncertainty regarding the timeline as well as language in the document, the couple decided to cleanup and rebuild privately.

“We broke ground here on the 5th of February,” said Dennis.

He’s thankful he and his wife haven’t had to pay out of pocket. Insurance has been footing the bill.

But drive a short way down the road and some of his neighbors’ properties look very different, with metal and debris still unmoved.

The Willers know there are a lot of people still struggling. For many people still in the Santiam Canyon, windy nights are still difficult. They feel blessed by the support they’ve received from friends and neighbors while they were initially staying in Salem.

Now what they thought was their dream home will really be a home they dreamed up themselves.

“We’re now getting the house we’ve always wanted,” he said.

Credit: Dennis Willer
Rendering of what the new home will look like

Even though the house is still being built, the Willers have already spent one night camping out inside their soon-to-be master bedroom for Debbie’s birthday.

They expect their new home to be complete in July.