Helen Garoutte makes sure that she stays physically active by taking care of her garden and rafting the Payette River. 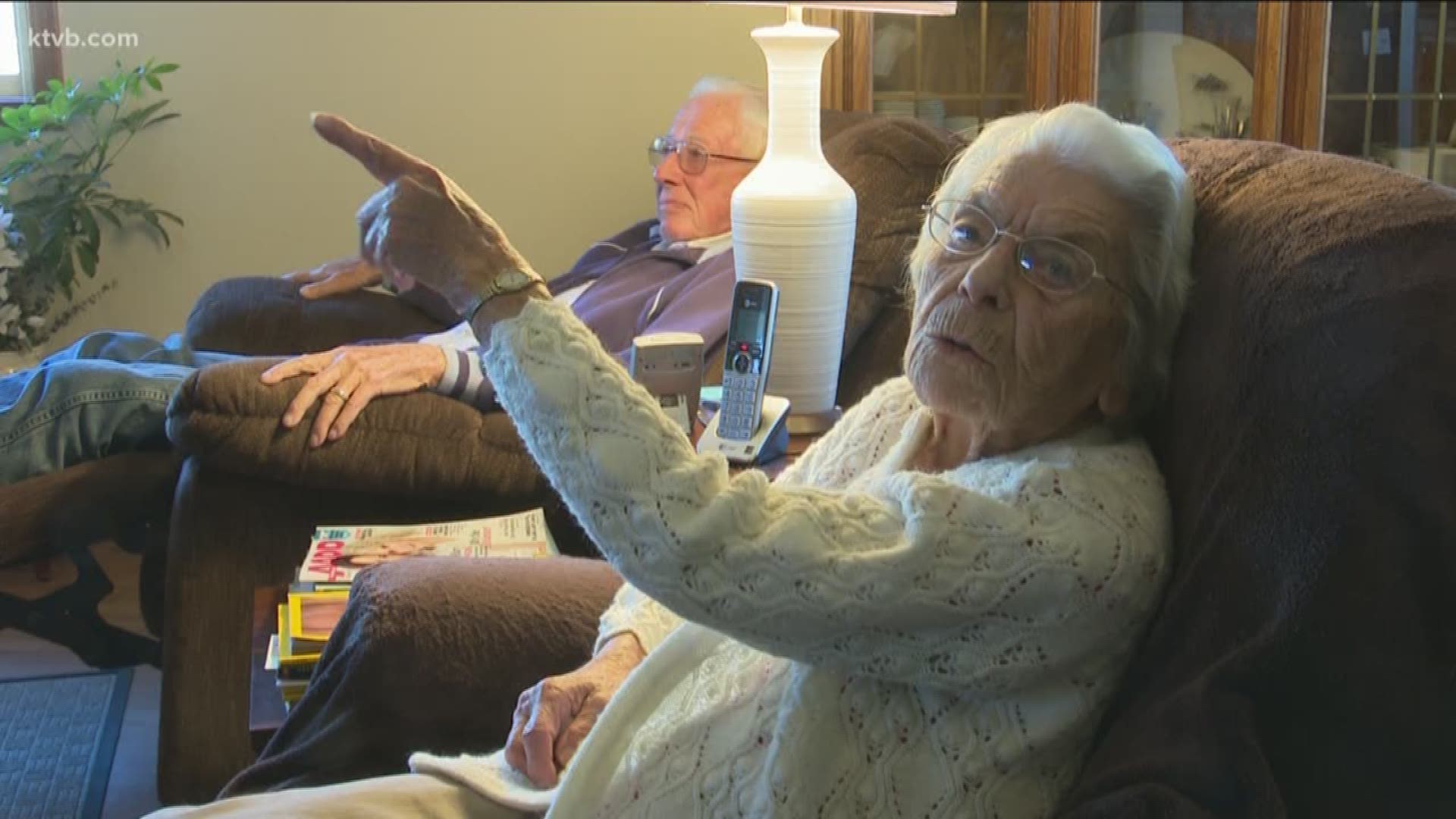 BOISE — On her 107th birthday, Helen Garoutte took some time to reflect on how much the Treasure Valley has changed since her childhood, and also offered up some valuable tips for living a long and happy life.

Garoutte was born in Boise, raised in Eagle and has called the Treasure Valley home ever since.

"At one time, when I was a little girl, there was an Interurban that went from Boise to Star and Caldwell and Meridian and [back to] Boise again, in a loop," Garoutte said.

The Interurban Rail System connected the Treasure Valley's cities from 1891 to 1928.

"Everybody rode that way," Garoutte said. "There weren't any cars in Boise. None to speak of because most people rode the Interurban around."

She used to work at the Boise Library in the children's section, helping kids find the right books.

The library that she worked at was on Washington Street, while it was in transition to the current location on Capitol Boulevard in 1973.

Despite just turning 107, Garoutte maintains a active lifestyle. In fact, she recently rode on a motorcycle and rafted the Payette River.

The secrets to living a long life are pretty simple according to Garoutte. Her keys to being healthy at her age are being mentally and physically active, and her garden helps with that.

"There are a lot of weeds to pull, lots of garden to hoe and just be active in physical and mental," she said.