Life in Balance: Social media can be harmful to how we see ourselves

Selfie filters on social media might be fun to use and share, but they can negatively impact people's self-esteem and mental health. 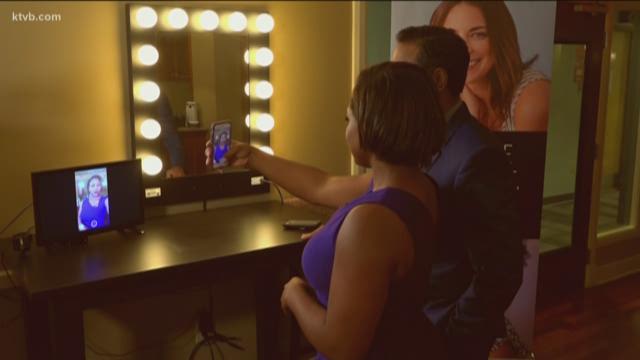 BOISE — Social media seems harmless with its nearly three billion users worldwide all sharing, posting and filtering their lives. However, the constant social media posts from people that only show the best and filtered versions of themselves may be harmful to your self-esteem and mental health.

"You go on there and you see these girls living their best lives and it's like I want that," one social media user said.

Thanks to social media, people no longer just want to look like celebrities. Plastic surgeons are noticing a new trend - people bringing in their own selfies, usually filtered and edited, and asking to look more like their altered self.

The study's authors say that Snapchat dysmorphia can be especially unhealthy for people already suffering from body dysmorphic disorder.

Body dysmorphic disorder is a mental disorder in which a person becomes obsessed with thinking about perceived flaws in their appearance; a flaw that, to others, is minor or barely noticeable.

"It is worrisome in the fact that what's the next newest craze that comes along," Dr. Samantha Winton of Integrated Care Clinic in Florida said. "So if you change what you look like now then in five years that's not trendy or in, then are you going under the knife again."

Winton cautions a person can alter their appearance, even without using social media filters.

Dr. Kaliash Narasimhan, a plastic surgeon in Florida, explains how.

"The proportions of your face change when you change the camera angle," Narasimhan said. "When you're straight on, in general, because of the distance you are, your nose is going to look proportionately larger. As you bring that [smart phone] in, you're going to see larger proportions. And as you bring it out, that nose will get smaller by proportion. As you bring it up, in general, it slims the face, it accentuates the cheekbones and makes the jawline and neck look slimmer. It also makes the nose look less wide."

"I truly do see it on campus just because these girls want to be an Instagram influencer. They want to have the 100,000 followers," one social media user said.

Winton says it's not just the younger Millennial generation who could become affected by the overuse of filters. She says too much social media can negatively affect users of all ages.

Winton says the best medicine is to monitor and limit your use of social media and popular face-changing filters.