Life in Balance: Caring for loved ones with Alzheimer's can be a full-time effort

Finding caregivers for loved ones that have Alzheimer's can be struggle and the number of Idahoans living with it is only expected to grow in the near future. 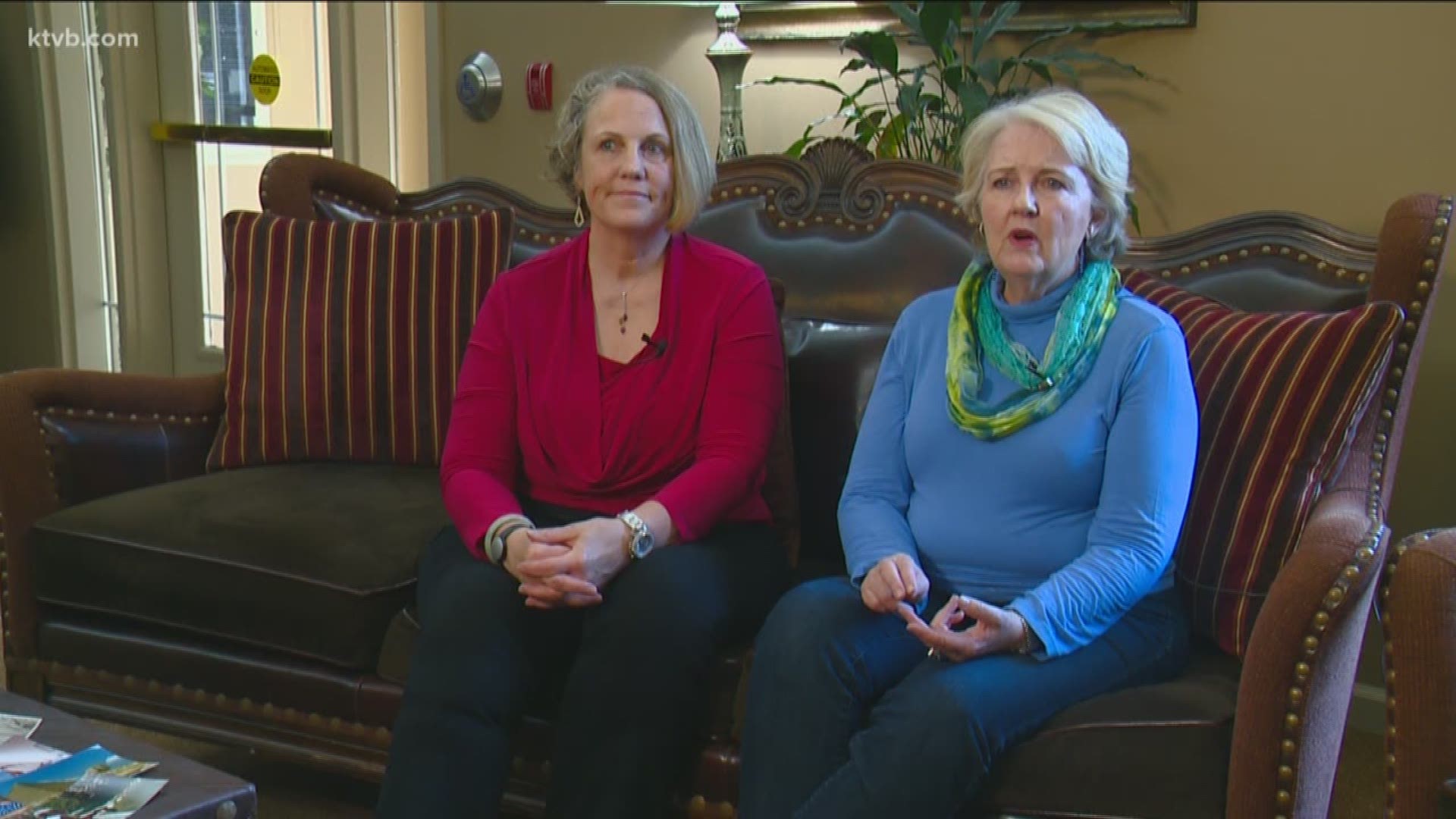 BOISE — There are enough Idahoans diagnosed with Alzheimer's Disease to fill the 36,000 plus seats at Albertsons Stadium at Boise State University, according to the Alzheimer's Association Greater Idaho Chapter.

That number is expected to increase in the coming years. With more Idahoans that will be living with Alzheimer's, is Idaho's healthcare infrastructure prepared to take care of our loved ones?

Sisters Dee Childers and Terri Hagmann remember what their father was like before his diagnosis of Alzheimer's.

"They were really just the cool parents on the block," Childers said.

"He square danced a lot," Hagmann said. "He was a sailor, he loved to sail. He skied, he traveled. He was just a very active outgoing person."

Doctors diagnosed their father, Dean Hagmann, with Alzheimer's in 2010.

"And now he'll go out to our house and that's about it," Terri Hagmann said. "He doesn't like to get out of his room and that's kind of frustrating to see where he was and where he is now. It's kind of heart wrenching."

Dean Hagmann is one of the 5.7 million Americans living with Alzheimer's, according to Lindsay Maloy, interim executive director and development specialist for the Alzheimer's Association of Greater Idaho.

"Alzheimer's disease is currently the sixth leading cause of death in the country," Maloy said. "And it's the only one of the top ten killers with no treatment, no prevention, no cure and increasing mortality rate. And it's the most expensive disease in our country. So it really is one of the largest epidemics facing the nation and our world right now."

In Idaho, the number of people living with Alzheimer's is expected to increase 33 percent in the next seven years.

"And so we need to make sure we have things in place to be caring for those folks," Maloy said.

The Alzheimer's Association is pushing for more statewide resources in the field of geriatric psychiatry, along with more behavioral health beds and educating health care providers about the disease.

Hagmann and Childers are advocating for change to come from the Idaho Legislature.

"I don't know where [people with Alzheimer's are] going to go," Childers said. "I don't know what we're going to do as a society. This is going to become a huge crisis because we're not building the infrastructure to take care of the people who need that kind of help."

Often, the responsibility falls on family members. Both Hagmann and Childers quit their careers to care for their dad and now their mom, who has frontotemporal dementia. Alzheimer's Association estimates show 16.1 million Americans provide unpaid care for people with Alzheimer's or other forms of dementia.

"If I was still working in corporate America, there's no way I would be able to get off all the time that I need to do for her," Hagmann said.

84-year-old Dean Hagmann is now in an assisted living facility, but the sisters say the caregiving they provide is still a 24/7 job.

"We often see that the caregiver goes before the person with dementia due to the stress of it," Maloy said. "So it's a big priority of our for us to be taking care of those caregivers."

Both the Alzheimers Association and the Hagmann sisters say there is a tremendous need for more respite care for caregivers.

"Provide resources, support and funds for respite care for caregivers so people who are spending their time taking care of people can actually have a break, get away," Childers said. "We're not talking a vacation, we're talking an afternoon to get away and go regenerate themselves."

The 16.1 million unpaid caregivers in American provide an estimated 18.4 billion hours of care that is valued over $232 billion dollars.

For more information about Alzheimer's Disease, including symptoms and resources for caregivers, visit the Alzheimer's Association website.