High school students in Nampa and Caldwell took part in financial "reality fairs," an experience some described as eye-opening. 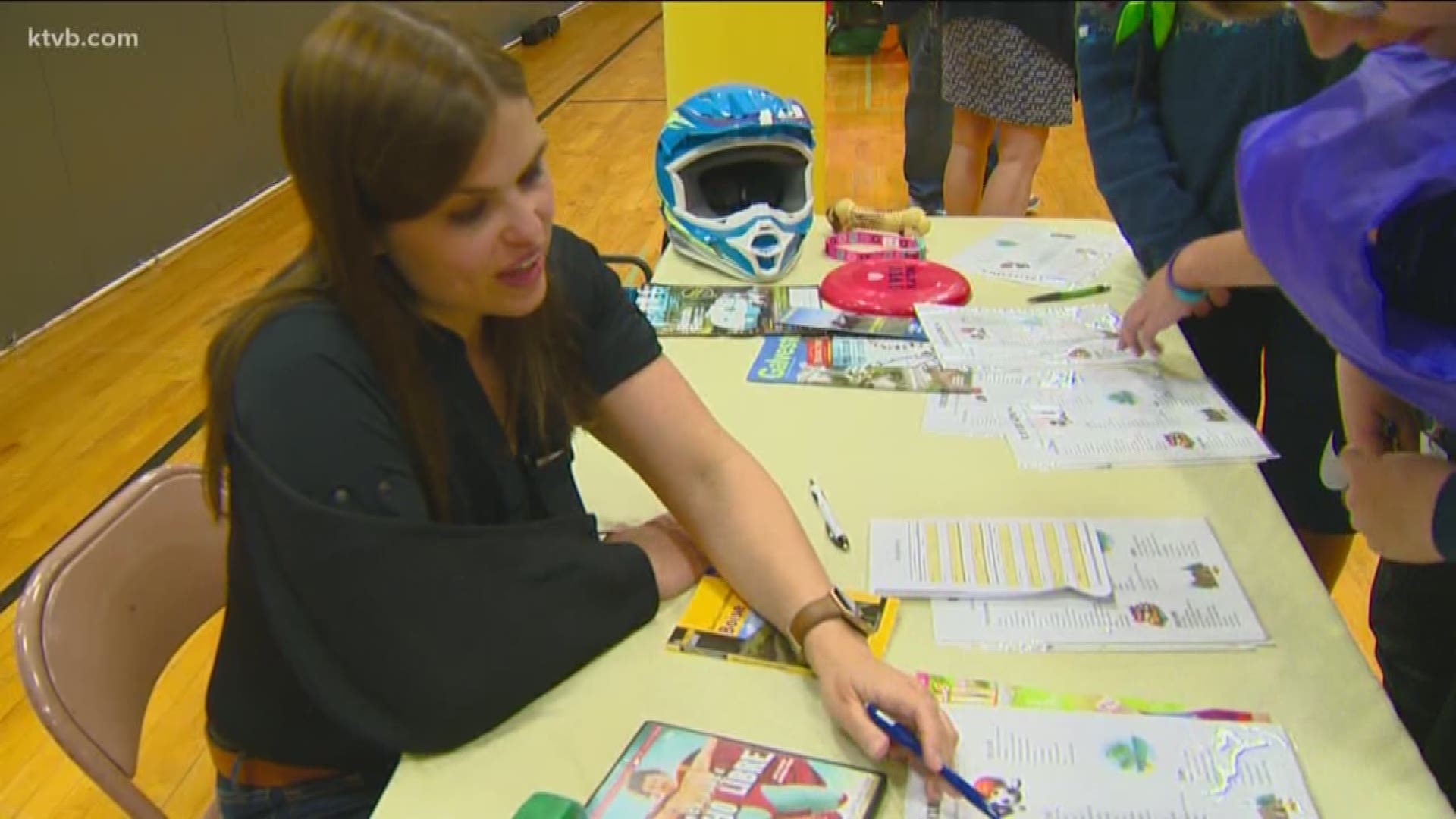 NAMPA, Idaho — The definition of adulthood has changed for the millennial generation. Millennials say adulthood is not so much about age, but financial independence.

However, considering a new study says 25 percent of millennials are over $30,000 in debt, including 11 percent who are over $100,000 in debt, the younger generation may never "become adults."

For the last six years, the Southwest Chapter of Idaho Credit Unions has held a financial 'reality fairs" in local high schools to help educate students about personal finance.

MORE: Time's running out to file your taxes, the deadline is Monday night

Approximately 300 students enter each school gym after receiving a reality game "roadmap" that includes a present occupation, Idaho-based salary, and credit score. Students then navigate to seven tables and learn about various aspects of the cost of living – including unexpected expenses, or windfalls, that may arise.

"They're either going to walk away with some money or make some different decisions," said Nikie Bauer, Meridian Branch manager at Clarity Credit Union.

Students stop at tables that include information about household expenses, transportation, housing, recreation, saving for retirement, and "Life Happens." They make choices at each table and subtract the cost of that choice from their budget.

Throughout the reality fair, they learn about how their credit score impacts the cost of living and what their choices cost each month. They may choose to rent, buy, or remain living with their parents.

They might choose skiing for recreation, riding a bike instead of buying a car, and saving five percent rather than 10 percent for retirement.

"Just understanding that there are big decisions that they're going to have to make when they get out into the real world," Bauer said.

Esmi Galvin says the reality fair has been an eye-opener.

"I did not know it was that expensive," said Galvin, a senior at Skyview High. "So that was a little bit shocking."

MORE: New tax laws will change how income taxes are withheld from your paycheck

Galvin learned she could save up to $450 a month if she cooks at home rather than eating out, money that could help her pay down her student loan.

According to an NBC News/GenForward survey, student loan debt is the second most prevalent type of debt among millennials. Number one is a credit card. Car loans and medical expenses are also factors.

The same survey found three in 10 millennials have less than $1,000 in their personal savings, while one quarter has no savings at all.

"We see it on a day-to-day basis within the credit unions," Bauer said. "We see a lot of folks from different ages that just don't know about credit, didn't learn it. So we found that it was imperative that we get in the school system and we really bring this to them and make it reality for them so that when they get out they understand."

"There's so many different factors you need to think of when it comes to financing, and this workshop really helped me," Galvin said.