Garden master Jim Duthie covered a lot of gardening topics last year. Plus, he has fun way that you can be part of "You Can Grow It." 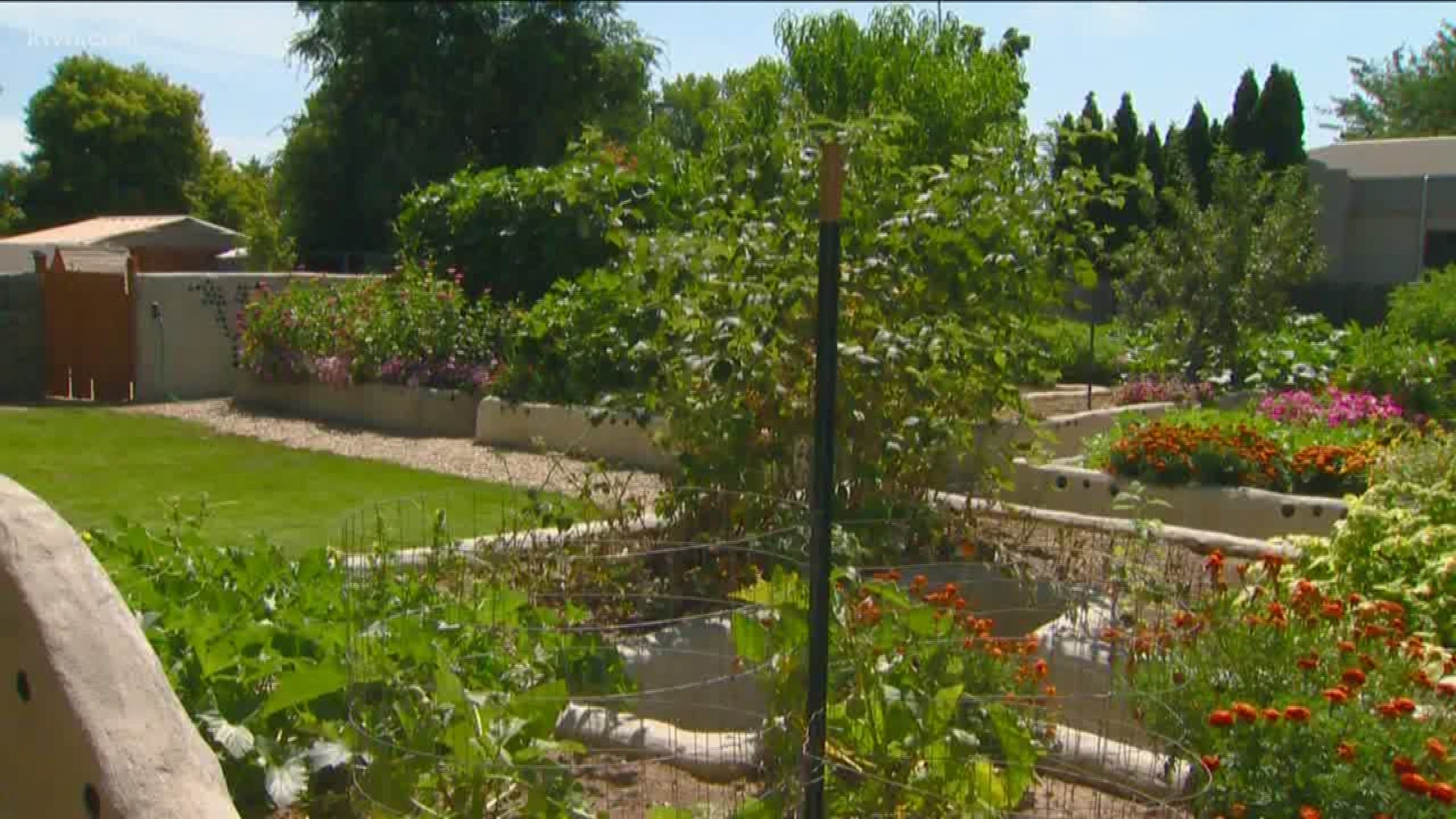 BOISE, Idaho — We talk about a lot of things on "You Can Grow it." And we love seeing your projects so that other gardeners can be inspired by them. Here are some of the kinds of gardening topics we talk about.

Succulents are fleshy plants that store water in their tissues, so they can thrive in dry conditions for long periods of time. There are many varieties of succulents, including all of the cactus plants.

RELATED: You Can Grow It: Making a succulent and cactus garden for Valentine's Day

We all know how healthy bananas are for people, but they’re good for your plants, too. They’re high in potassium, for healthy plant growth and resistance to pests and diseases.

Simply throw the peels into a blender with some water and puree them.

Greenhouses like this are available online or locally as kits that you can assemble yourself. And it will make all the difference when you want to get started early on your garden.

RELATED: You Can Grow It: A greenhouse can extend your growing season

Most of the irises here in Joann’s garden are bearded irises. The beard refers to a fuzzy, caterpillar-like feature on the falls. it gives pollinating insects something to hold onto while they’re looking for nectar.

RELATED: You Can Grow It: Turning your backyard into something magical

Relaxing in their newly finished backyard gazebo, Fred Choate and Debbie King are taking a little break from renovating their boise home, both inside and out.

Part of their backyard has been turned into a fantasy land. you never know who, or what, might be watching you.

There’s even a fairy cottage built into the trunk of a tree.

Did you know that one out of every three bites of food we eat is a direct result of the work of honeybees? It’s true, because honeybees pollinate a good deal of the plant life on our planet, including most of the fruits and vegetables we eat.

RELATED: You Can Grow It: The Life of Bees Part 1

RELATED: You Can Grow It: The Life of Bees Part 2 - the hives of activity

If you were to catch a ride with a busy little bee, you’d be amazed to find that they fly several miles from their hives each day, foraging for nectar, which they bring back to the hive to turn into honey, their main food source.

When it comes to growing fruits and vegetables, Idaho gardeners grow just about everything. But in this division at the Western Idaho Fair, size matters.

Giant pumpkins are always a fan favorite, and often tip the scales at almost 300 pounds. But occasionally there are even bigger ones.

RELATED: You Can Grow It: Amazing displays of fruits, flowers and vegetables at the Western Idaho Fair

“Two years ago, we estimated that we grew 1,400 pounds worth of food that we eat,” said home gardener Mike Craig.

Hardly anything goes to waste here. Excess produce and over-ripe food gets fed to the chickens and the goats, and in turn, they provide nutrient-rich compost and fertilizer.

We all know that southwest Idaho grows all kinds of wonderful fruits and vegetables, and there are some new things that are being grown and tested here at the Parma Research Center for the University of Idaho.

Among some of the new products being grown and studied here – walnuts and almonds, which could one day be alternative cash crops in southwest Idaho.

Gourds are one of the earliest domesticated plants, and they’ve been used for food, tools, artwork and musical instruments for thousands of years.

Jackfruit is the biggest tree-borne fruit in the world, weighing up to 50 pounds. it looks like a giant watermelon, but with a prickly skin.

Those were just some of the kinds of things we talked about on "You Can Grow it."  And we want to hear from you about your gardening ideas and successes. A fun way is to join the "You Can Grow It: Gardening with KTVB group page on Facebook. So let’s start gardening!

Then you can share your photos and garden ideas with us and with other Idaho gardeners.