You Can Grow It: Victory gardens are not just a thing of the past

As garden master Jim Duthie show us, it is time to bring back an old idea. 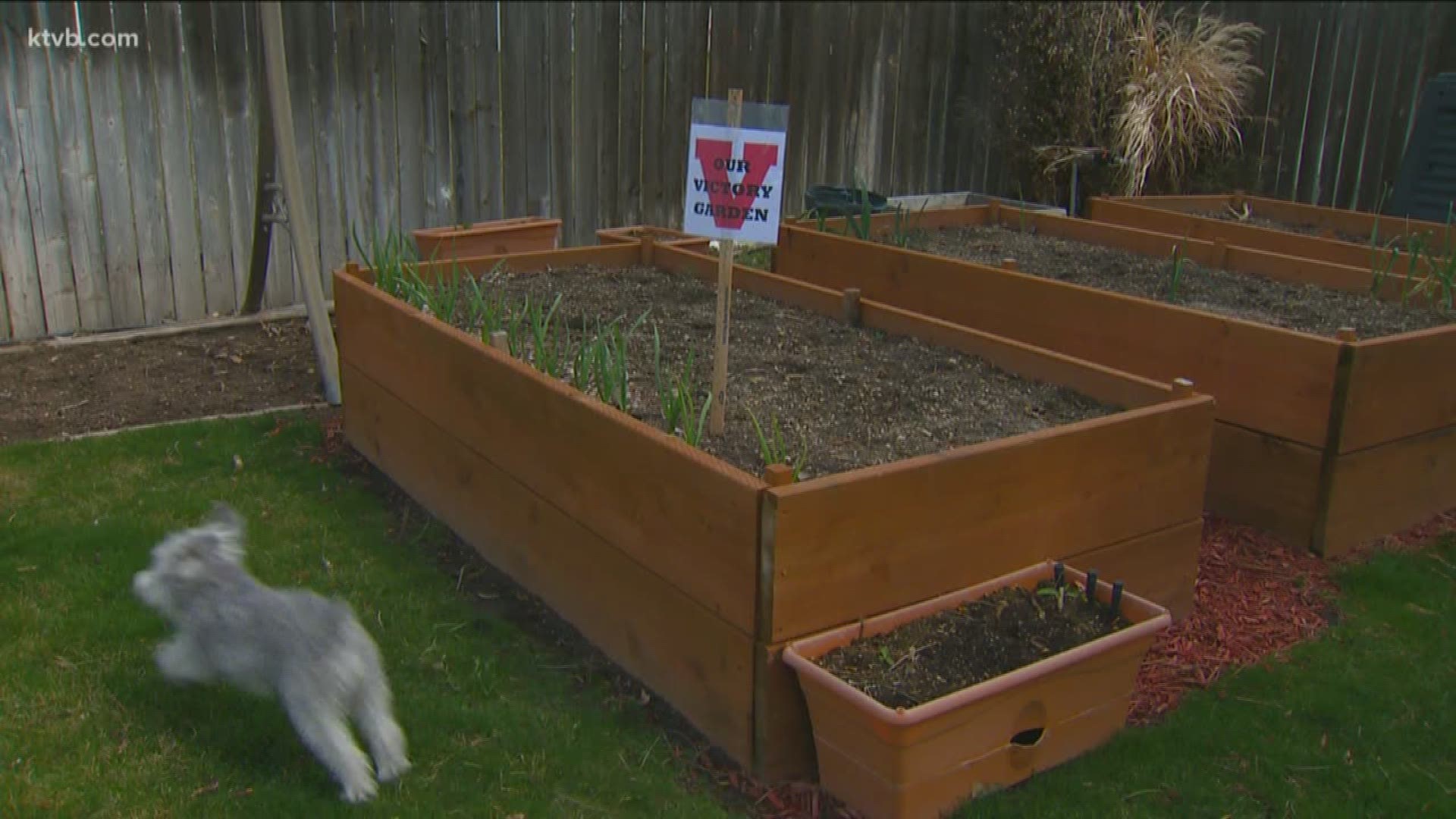 BOISE, Idaho — It’s an understatement to say that Americans are going through difficult times these days. The COVID-19 pandemic has reached into every facet of our lives. But two or three generations ago, Americans rallied around an idea that provided much needed food, as well as a boost in confidence and morale.

Garden master Jim Duthie takes us back to the days of victory gardens, and he says it’s an idea whose time has come… again.

If you’re under the age of 75, the term ‘victory garden’ may not mean anything to you. But for those who lived through the uncertainty and fear of World War II, victory gardens were a common and important part of their lives.

During World War II, Americans were encouraged to plant home and community gardens in order to supplement the national food supply, much of which was being diverted to feed our troops, as well as many of our allies. The result was limited supplies of some food and other products, as well as rationing.

These home gardens soon became known as war gardens or victory gardens. A common theme was ‘dig for victory,’ and the country was flooded with encouraging posters, pamphlets, articles and short films. Neighborhood victory garden committees sprang up to help non-gardeners learn the basics and get started on their victory gardens.

It’s estimated that 20 million victory gardens were grown during the war, producing as much as ten million tons of food. These victory gardens kept millions of Americans supplied with nutritious home-grown food. Nearly 40 percent of the fresh produce in the U.S. came from these victory gardens, including the usual garden crops like potatoes, tomatoes, lettuce, peas, beans, squash and carrots.

But it wasn’t just about the food. It was a way to feel empowered despite feeling powerless, and have a sense of purpose, and to boost morale and confidence in stressful times. Folks who had never grown anything before suddenly developed green thumbs, and gardens began sprouting up in front lawns, vacant lots, and even on rooftops. But once the war was over, and we got back to large-scale commercial food production, victory gardens started to disappear, and gardening became just another hobby.

Now here we are in 2020, in the midst of a different kind of war. Our current enemy, COVID-19, doesn’t have a face or wear a uniform. But it has disrupted our lives and our economy, and threatens not only our health, but our confidence and morale.

Keeping the store shelves stocked with some products has occasionally been a challenge, but we certainly aren’t facing a shortage of food or severe rationing. We have plenty of everything.

So if you’re looking for a way to feel more empowered and confident these days, do something that is within your control – plant your own victory garden.

If you have sufficient space, like some of these Idaho gardeners, you might plant a large garden. But for smaller spaces, and especially for beginners, you might want to start small. Even a few plants in a container or two can produce a surprising amount of food.

And don’t worry if you don’t have a green thumb. Ask around, or call a local garden center. There’s always somebody who’s willing to give you helpful advice to get started.

The important thing is that growing plants, whether for food, or just for their beauty, is a great way to beat boredom, frustration, and stress, as well as pulling the family together.

So whether you’re an experienced gardener or a beginner, growing your own victory garden will be something you’ll always remember, and generations from now folks will talk about the victory gardens of 2020. So plant a few seeds, watch them grow, and enjoy the fruits of your labors. Because you can grow it.

If you’re a beginning gardener, there are lots of resources to help you get a garden started -- county extension services, local garden centers, and the You Can Grow It Facebook group.

Just text the word ‘grow’ to 208-321-5614 and we’ll send you a link to join the group to share pictures and gardening tips and get helpful advice from hundreds of other idaho gardeners.