You Can Grow It: The Life of Bees Part 1

Jim Duthie explains how you can help make sure these busy buzzers don't go away. 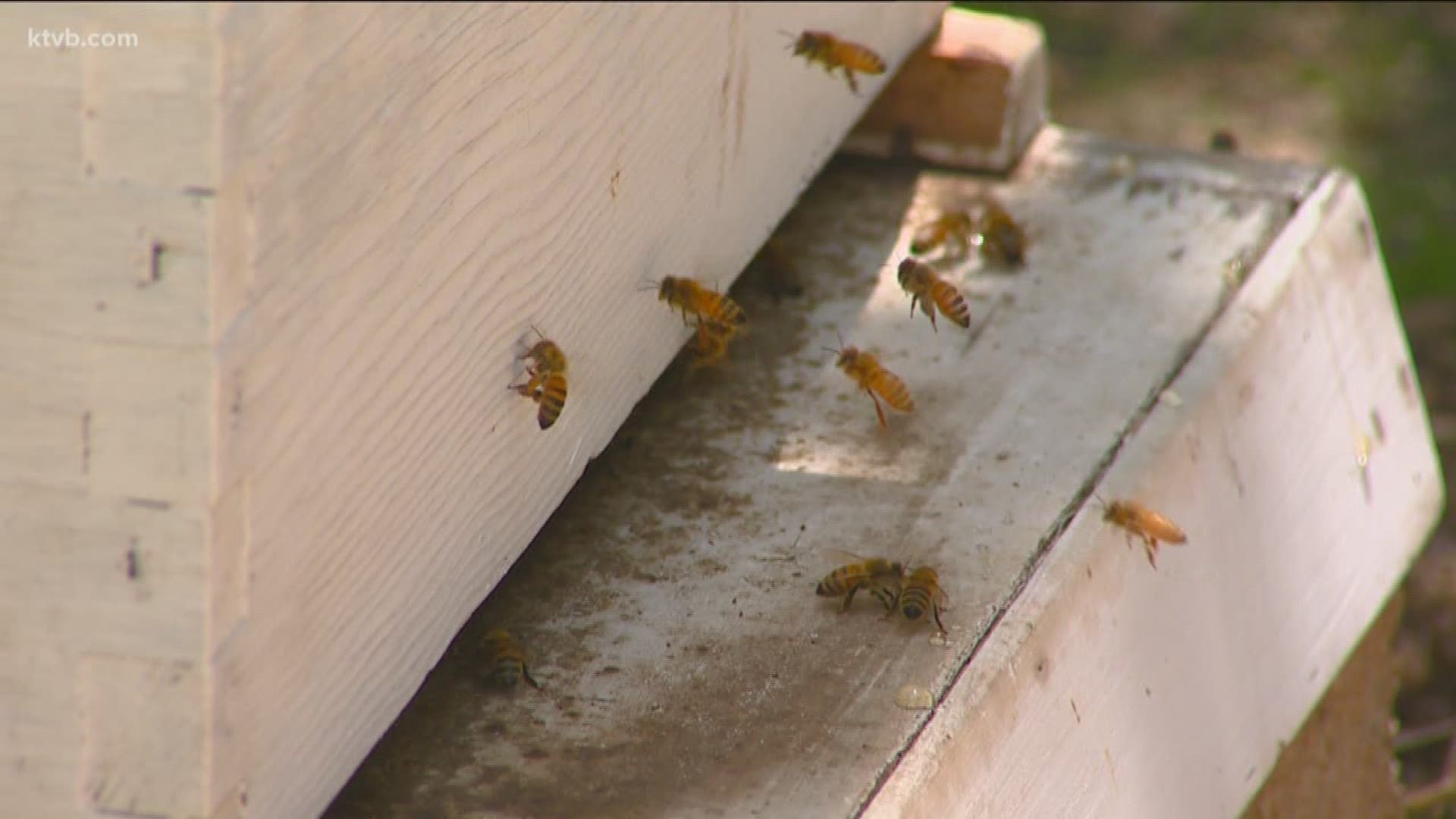 We’ve all heard the term ‘busy as a bee.’ It’s a pretty accurate description of the life of these fascinating little insects. And we owe a lot to the bees for much of the food we like to eat.

But in recent years, honeybee populations have been declining, and many experts worry that that could threaten the world’s food supply. So today, on the first of a two-part “You Can Grow It” on honeybees, garden master Jim Duthie tells us about the life of bees, and explains how you can help make sure these busy buzzers don’t go away.

Did you know that one out of every three bites of food we eat is a direct result of the work of honeybees? It’s true, because honeybees pollinate a good deal of the plant life on our planet, including most of the fruits and vegetables we eat. So today, we’re taking a closer look at the life of the little honeybee. You’ll gain a whole new appreciation for these amazing little insects and the work they do. And who knows? You may want to become an apiarist yourself.

If you were to catch a ride with a busy little bee, you’d be amazed to find that they fly several miles from their hives each day, foraging for nectar, which they bring back to the hive to turn into honey, their main food source.

And while they’re flying from flower to flower, they unwittingly pick up pollen grains from the blossoms and flowers, and transfer them to other blossoms and flowers, spreading the process of fertilization and pollination. Without the bees, a lot of plants wouldn’t be able to reproduce, and we wouldn’t have the fruits and vegetables that we like to eat.

But for the past several years, honeybee populations have been dropping, largely due to a small parasite that has invaded many hives. The varroa mite attaches itself like a tick to the body of an adult bee, as well as the larvae, weakening them and introducing diseases that can wipe out an entire hive.

A typical hive contains tens of thousand of bees, of which there are three types: the queen, the worker, and the drone.

"There’s the queen, and there’s only one of her. And she’s the one who lays all the eggs," said Beatriz Ayala, Treasure Valley Beekeepers Club.

She’s the one with the blue dot on her abdomen.

Then there are the worker bees, which make up most of the bees in the hive. They’re all females, and they do just about everything, from nursing the young, to foraging for nectar, to cleaning and defending the hive. They’re the ones with the stingers.

“And then you have your third type of bee, and that’s the drone,” said Ayala.

Drones are male bees, and there are usually only a few hundred of them in the hive.

“And his role in the hive is to reproduce with the queen. And that’s it for him,” said Ayala.

Drones don’t have stingers, so they can’t defend the hive like the workers can. Their role is merely to help repopulate the hive.

While a queen bee may live for up to five years, the workers and the drones have a life span of only about six to eight weeks. But new bees are constantly being produced to replace them.

When a colony reaches capacity, around 50,000 to 60,000 bees, it’s time to divide the hive. Since there is only one queen, a new one is more or less created, by feeding developing larvae a substance called royal jelly.

“That’s what changes her anatomy to have that longer abdomen,” said Ayala.

When bees swarm, they are basically just looking for a new home.

“The swarm is what you see on a tree branch, or somewhere in a spot, and it looks scary because it’s a pile of bees, but really, they’re really docile at that time because they’re very vulnerable. They don’t have anything to protect or anything that is protecting them. And so at that time you can stick them in a box and take them home and put them in a new hive,” said Ayala.

And more and more people are doing just that, setting up beehives in their own backyards, which is helping to reverse the declining bee population.

“Well, backyard beekeeping provides the pollination for the plants around your yard and in the neighborhood. So I think that’s something that attracts people to have any bees in their backyard,” said Ayala.

And there’s another sweet reward for backyard beekeepers.

“Besides the pollination, you can have your own honey, too,” said Ayala.

All the more reason to become a backyard apiarist yourself.

By the way, an apiarist is just another word for a beekeeper.

Honeybees typically do not attack or sting unless they or their hive are threatened. But if you see an active swarm, it’s best to keep your distance. Call 9-1-1 and they’ll notify beekeepers who can safely collect the bees.

Be sure to watch next week’s "You Can Grow It," when Jim will take us into a working beehive, and show you what you need to know to set one up yourself.