You Can Grow It: Talking about the many varieties of squash

Jim Duthie shows us a few types of squash that you might want to plant in your garden next year. 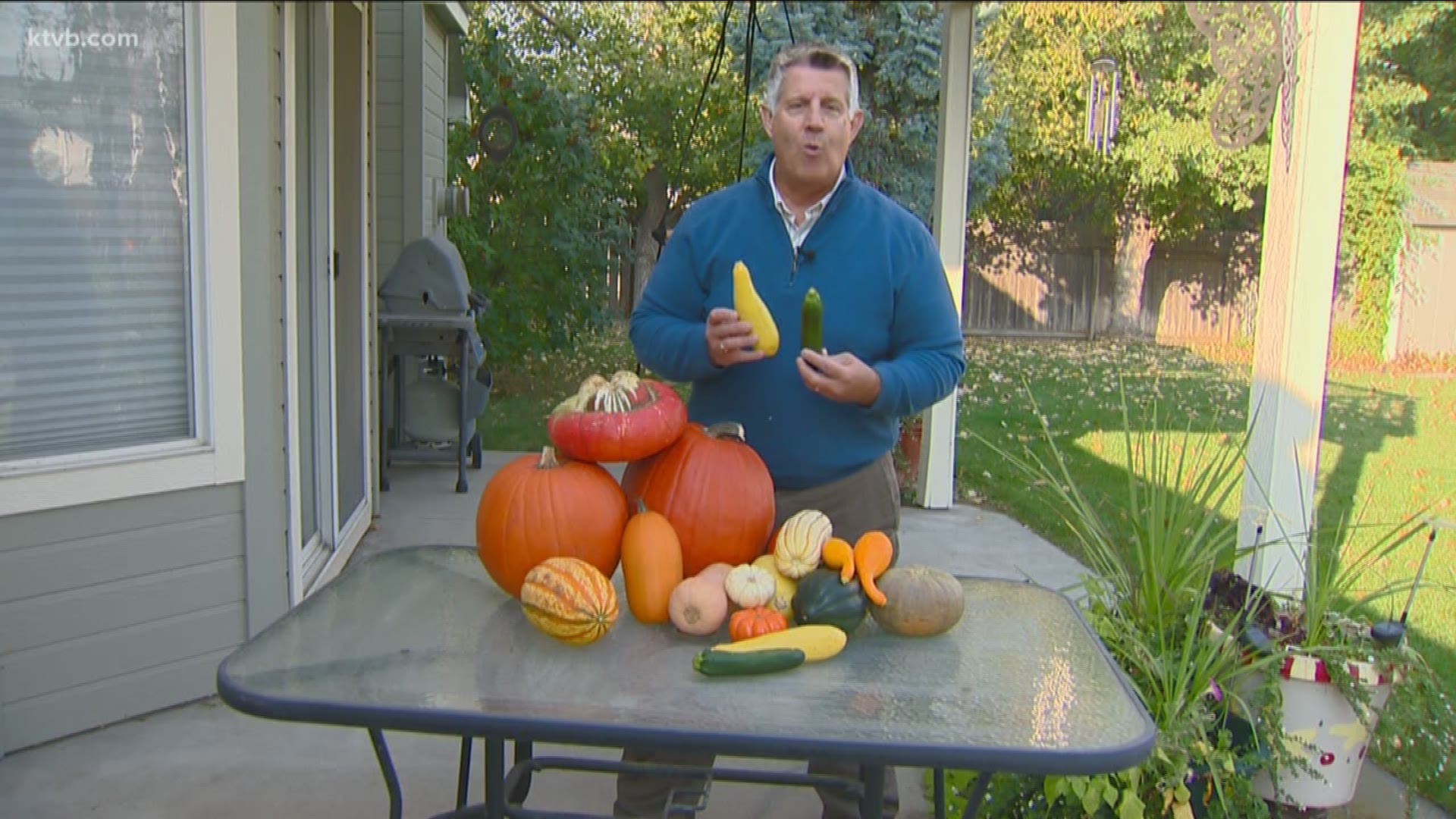 Our gardens are done for this year, but chances are you had a zucchini plant growing in yours. Zucchini is one type of squash that’s easy to grow, but there are many others that you might want to try next year.

Garden master Jim Duthie shows us a few of the many varieties of squash, including some that you’ve probably never even seen or heard of before.

There are several dozen different types of squash, and each one has a very different look and taste. Here are a just a few types of squash that you may or may not be acquainted with. You might even decide to try planting some of these in your garden next year.

Some squash are called summer squash, and some are called winter squash. Summer squash includes zucchini, yellow and crookneck squash. They are harvested and eaten while immature, when the rind is still tender and edible.

Winter squash, on the other hand, grows in the summer and is harvested and eaten when it is mature, and the skin has hardened into a tough rind. This makes it suitable to be stored for use during the winter months.

Here’s a popular favorite, the butternut squash. It has a sweet, nutty flavor similar to a pumpkin, with a yellow-orange skin and a sweet, orange, fleshy pulp. It is usually cut in half lengthwise, lightly brushed with cooking oil, and placed cut side down on a baking sheet and baked until soft. It can also be roasted, toasted and mashed for soups, breads and casseroles.

Squash is smaller, and resembles its namesake, an acorn. Most are green, and usually have a splotch of orange at the top or on the side. They’re easy to grow, and they keep well in winter storage. Acorn squash is usually baked, but you can also microwave it, or saute or steam it. Sometimes it’s stuffed with rice, meat or vegetables.

Spaghetti squash is rather plain looking on the outside, but it’s the inside that gives it its name. When it’s cooked, whether boiled, baked, steamed or microwaved, the fleshy part on the inside falls away ribbons or strands that look like spaghetti noodles. It’s sometimes even eaten with sauce as a substitute for pasta.

Carnival squash looks a lot different on the outside from a spaghetti squash, but it has the same kind of stringy flesh on the inside, but has a taste similar to sweet potatoes. Baked or steamed, it’s good served with butter and herbs.

This one is called delicata. It has an oblong fruit with cream-colored, green-striped skin and gold-colored flesh on the inside that has a creamy, nutty flavor. Cut it lengthwise, then place each half skin-side down in a dish with a half-inch of water. Cover it and then bake or microwave it.

The stripetti squash looks like a delicata on the outside, but it’s a lot like a spaghetti squash on the inside. Not only is it good cooked and served with butter and herbs, but it can be served raw, combined with greens and fruit for a tasty salad.

Finally, if you’re looking for something really unique and interesting, take a look at the turban squash and the blue kuri. The turban squash, also known as "Turk’s turban," is an heirloom squash that’s used both as a vegetable and as an ornamental gourd, because of it’s colorful and eye-catching appearance. It’s also good baked and stuffed or filled with soup.

The blue kuri is a smaller squash resembling a pumpkin, but it has a bluish gray color. The inside is a sweet, yellowy flesh. To prepare it, peel it, and then bake or steam the flesh. With it’s dark outer skin, it makes an interesting companion to it’s orange Jack-o-lantern cousins.

As you can see, squash is a versatile and an ancient food plant. Along with their close relatives, pumpkins, they’ve been a staple in the gardens of the earliest Americans.

By the way, squash seeds are edible, too. They’re often dried and roasted specifically for eating as a snack or used in health foods, just like pumpkin seeds.