You Can Grow It: Sharing your extra garden produce

Jim Duthie talks with a woman who wants people to share their extra garden produce with others in the community. 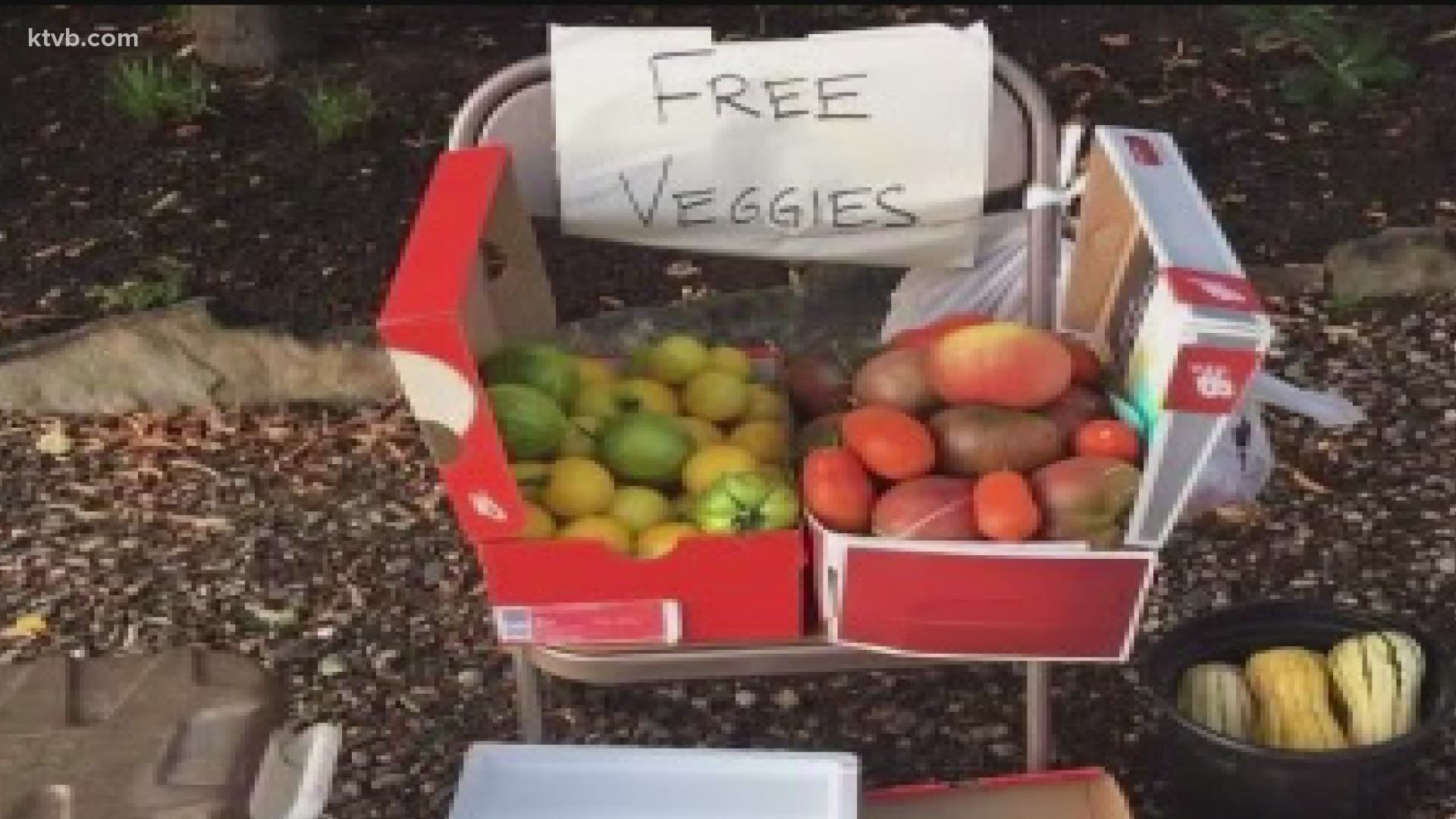 BOISE, Idaho — If you grow a vegetable garden, you know that you sometimes have a little more produce than you can eat. So why not make it available to those who can use it?

Garden master Jim Duthie talks with a local mom and backyard gardener who’s trying to encourage other gardeners to share their unused produce with their neighbors. And she’s hoping that it’s something that will continue to grow.

Growing a vegetable garden is really rewarding. You get delicious, healthy food, and you save money on your grocery bill. But what about all of the extra stuff you don’t eat? Rather than letting it go to waste, here’s a way to share it with others.

“Basically, I’m trying to get gardeners who have excess produce in their backyards, instead of throwing it on the compost heap, to put it out on a chair at the end of the driveway, and then they’re able to feed the members of their community,” said Bonnie Drescher.

Bonnie Drescher recently launched a grassroots movement to help other gardeners get their extra produce onto the table of folks who might need it. It’s called Backyard Gardeners Unite.

“Originally I had a plan that didn’t really work. I got together with a local church that let us use their outdoor area, and I put posters throughout the valley, just to have gardeners come together. And the idea was that we could have a produce swap, cuz everybody has that crop that does really well and one that didn’t do very well. And then people could buy the produce for 50 cents a pound, and then all the proceeds would go to the Idaho Foodbank. However, what I found was, a bunch of gardeners showed up who didn’t want to swap because we were already overrun with produce, so the foodbank was not getting the benefits that I really wanted to give them.”

So she came up with another way to share her extra veggies so they wouldn’t go to waste.

“So just out of desperation, and not wanting to throw my stuff away, I just put a chair at the end of the driveway, and I already had this Facebook page dedicated for a previous backyard gardeners, and so i just kind of switched the mission statement of it to giving away produce in your own community and to your neighbors.”

And the idea is slowly starting to catch on.

“I started a couple of years ago, and now there’s a small following on the Facebook page. People asking, you know, what are you going to have? My favorite is them telling me stories of people that they’ve given the produce to. There was a lady who, she said that she was gathering my produce to deliver to families she knew who had lost their jobs last year. And since I don’t have the time with my garden to do that, it was really cool to be part of that, knowing that my extra food was going to help multiple families.”

So how does ‘backyard gardeners’ work?

“So you just go to Facebook. Backyard Gardeners Unite is the name of the page. You message backyard gardeners and I will reply, and I’ll just gather a little bit of information – the address of your chair is really all I need – and then we’ll kind of give it a nickname. And then, when you have something available, you just post it to the page, and people can come grab it.”

“What do you hope will happen eventually with this movement?”

“To dream big, it would be to see little chairs pop up all over the country. Like, to use what we already have to take care of each other. That would be my big dream. But for now, I’d just be happy with portions of Boise getting really good food.”

It’s estimated that nearly half of all produce grown in backyard gardens in the U.S. ends up going to waste. Unfortunately, many food banks aren’t able to accept donations of home-grown food.