You Can Grow It: Roasting hot peppers

Garden master Jim Duthie shows us an easy way to roast peppers and chilies at home. 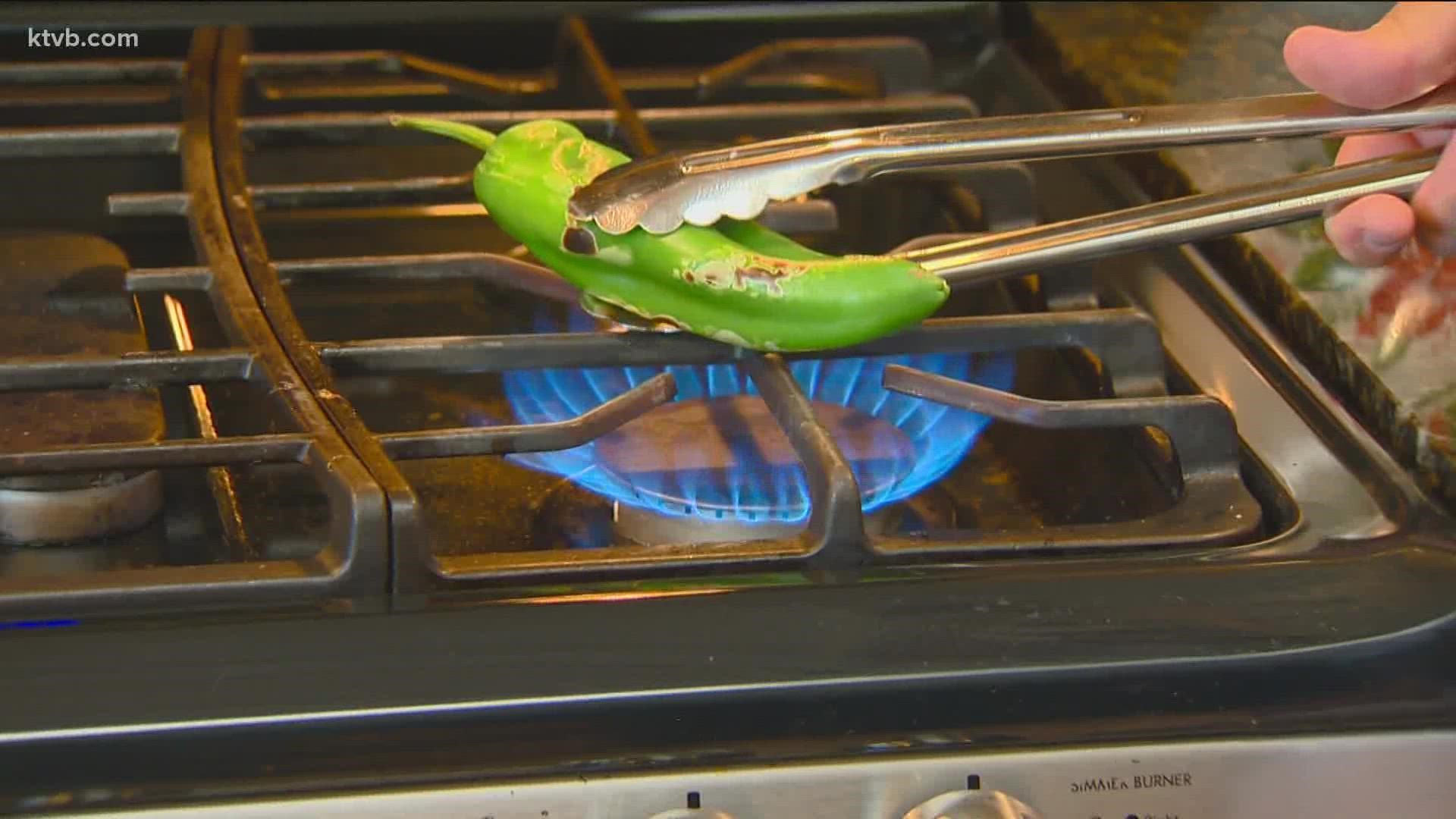 BOISE, Idaho — How hot do you like your peppers? With about 50,000 different kinds of chilies and peppers grown around the world, you can find all kinds of different colors, tastes, and levels of hotness.

Today we are learning about a few of the more popular kinds of hot peppers and just how hot they can get, as well as an easy way to roast peppers yourself at home.

Some people shy away from hot peppers because of that spicy burn, but for other people, the hotter the better.

What gives a pepper its hotness is something called capsaicin, which is found mainly in the seeds and the oils of the peppers. It’s an irritant for mammals, including humans, and produces a sensation of burning in any tissue with which it comes into contact, including the skin, the eyes, and especially the lips and the tongue. Capsaicin is the main ingredient in pepper spray.

There’s actually a scale that measures the hotness of various types of peppers. It’s called the Scoville Heat Unit Scale, and it was developed by a chemist named Wilbur Scoville back in 1912. The scale ranges from zero Scoville heat units, or SHU’s, which is the level of a bell pepper, to over one million SHU’s for a variety called the ghost pepper. I don’t even want to think about how hot that one is. And there are even a few others hotter than that.

Anaheims are the common green chili. They combine a sweet pepper taste with just a little bit of heat. They’re long and narrow and are usually harvested before they turn red. You’ll find them used in lots of Tex-Mex dishes. The heat level on the Scoville scale is fairly low, around 500 to 1,000.

Poblano peppers are a little larger with a mild flavor. They’re often used in making chile rellenos. Their heat rating is just a bit higher, around 1,000 to 2,000.

Then comes the jalapeno, up to around 3,000 to 8,000 SHU’s. They’re smaller than Anaheims and poblanos, but more fleshy, and they often turn very dark or red as they ripen. I like the extra zip they give to salsa. Sometimes they’re pickled, stuffed, chopped or even dried.

Finally, for a little extra kick, serrano’s have a heat rating of about 10,000 to 20,000 on the scale. Other peppers like cayennes and habaneros rank even higher, up to half-a-million SHU’s.

Keep your peppers picked as they ripen, and that will encourage more peppers to develop on the plants. You can buy canned chilies in the store, but if you grow your own, you’ll love the flavor from roasting them yourself at home. It’s not that hard. I’ll show you how to roast some Anaheim green chilies in your own oven.

You can do it over an open flame or a barbecue grill, but the easiest way is in the broiler of your oven.

Preheat the broiler to about 450 degrees and set the oven rack about 4-6 inches below the heating element.

Wash the peppers and dry them off with a towel.

Arrange the chilies in a single layer on a foil-lined baking sheet. Roast them under the broiler for about 3 to 5 minutes, until the skin is charred and blistered.

Then, using tongs, flip the chilies over and broil them on the other side for another 3 to 5 minutes, again until the skin is blackened and blistered.

When the chilies are done, remove them from the broiler and put them into a plastic Ziplock bag. Let the chilies sit for 15-20 minutes in their own steam. This will loosen the skin and make peeling much easier.

Remove the peppers one at a time and pull off the loosened skin. You may want to wear gloves if you’re peeling quite a few or if your skin is sensitive, or do it under running water. Use a knife to remove any stubborn bits of skin.

Then let them cool. You can then freeze them whole to use later, or if you’re going to use them right away, cut off the stems and slice them open lengthwise, and remove the seeds with a knife or spoon. You can slice them or chop them up, or put them back in a freezer bag to use later.

These roasted chilies are great added to scrambled eggs, cornbread, nachos, and all kinds of dishes where you want a little taste of the southwest. Depending on your taste, you can find chilies and peppers as mild, or as hot, as you want.

Chile peppers are native to Central and South America, but India is the world’s largest producer of chilies. Almost all varieties of chilies and peppers will grow well here in southwest Idaho. 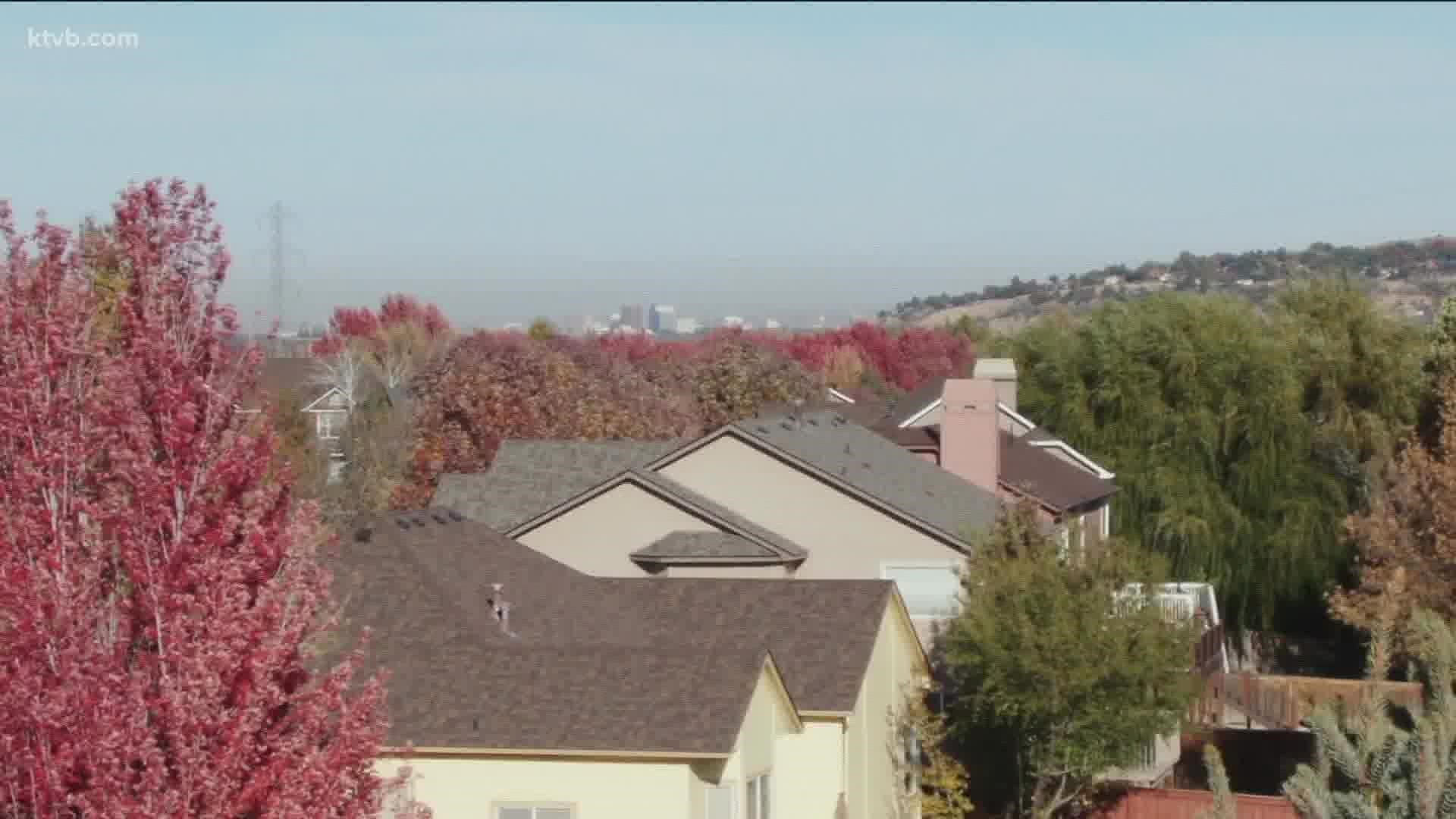 You Can Grow It: Best plants and trees to buy for gorgeous fall colors