You Can Grow It: Tips on how to care for your fruit trees

Jim Duthie talked with an expert on how to care for your fruit trees. 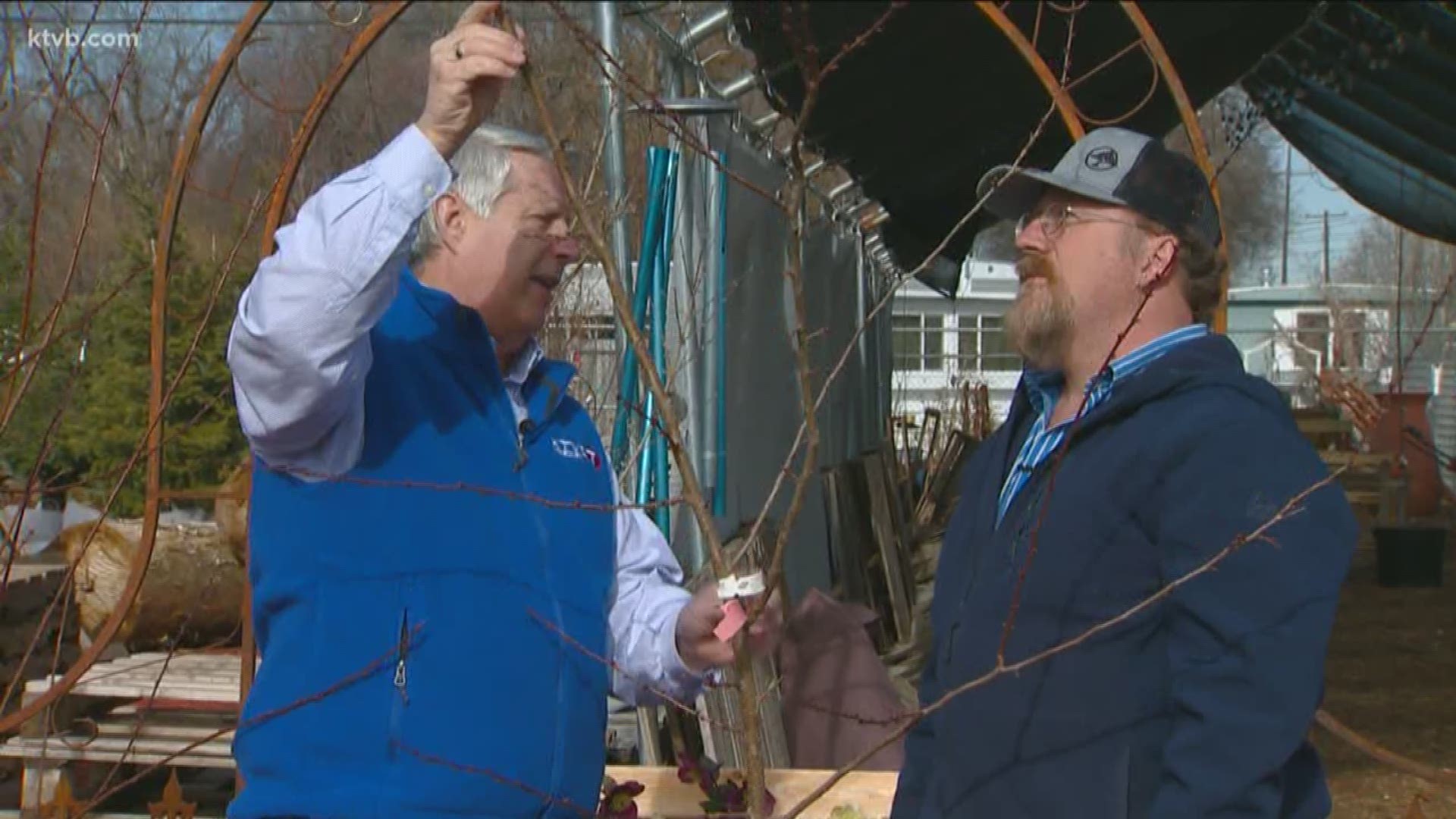 BOISE, Idaho — You’ve probably noticed that the tree buds are swelling earlier than usual due to our mild winter. So what does that mean for home fruit growers?

Garden master Jim Duthie shares tips from a fruit tree expert, who says that now is a good window of time for you to prune your trees and apply dormant oil sprays. But, he says, you need to act quickly.

We’re talking today about fruit trees and the proper way to prune them and to spray them. And you might want to get on these pretty fast, because it’s been a very mild winter and the trees are coming out just a little bit early.

John McDade from North End Organic Nursery shows us a little bit about the proper way to prune your fruit trees.

I’ve had a lot of viewers telling me that their trees are budding early this year because of the mild winter. What are the first things that fruit tree owners need to think about this time of year?

“It’s all about the timing. This is the perfect time to get out and do these trees, just before the bud breaks. You still have a little bit of a window to spray them, as well, against bugs for this upcoming season,” said McDade.

With more established fruit trees, you’ll want to be careful not to prune off too many of the fruit buds. but with young trees, like this apricot, that not as much of a concern.

“We recommend that, if you plant a fruit tree, if it’s a year or two old, the first couple of years, to remove any fruit so that all the production goes into the growth and health of the tree.”

Show us what we should look for when we do start doing the pruning.

“The first thing you should look for is any branches that were killed during the winter, so you’d cut those off. And anything that looks like it has a disease, cut those off.”

Sharpen your pruners so they’ll produce a nice, clean cut. And sterilize the blades with rubbing alcohol so you don’t spread any plant diseases.

“So we just come in here, and make a nice cut.”

So John, we have a main branch here, that’s called the leader, but you’re saying that where it splits up here, you can decide which one you want to be the main leader.

“Exactly. If you leave them like this, eventually you might get splitting on the trunk, so we’re going to choose the one on the back side of the tree, and we’re going to make one quite drastic cut right in here and take this guy out.”

Notice that John made the cut at an angle. That’s so that moisture will drain away from the cut, preventing freezing and thawing that could cause the wood to split.

“Again, we’re losing a lot of our fruit here for this season, but I’m pruning for years to come.”

Now is also a good time to spray dormant spray, also known as horticultural oil. It kills any insects that have been living in the crevices of the wood during the winter, and could harm the tree or fruit later. but you need to act quickly.

“You’re trying to get three applications on, spaced at 10 days apart.”

The spray must be applied before the buds open, and with the mild winter weather, that could happen very soon.

Fungus from cool, wet weather can also damage or kill a tree, so now’s the time to apply a fungicide spray before the leaves come out, especially on peach trees, which are prone to peach leaf curl fungus in our area.

The winter’s been fairly mild, we’re getting into spring here pretty soon. So now is the time you want to start acting.

Early budding of fruit trees makes them more susceptible to damage from freezing temperatures. So what about any cold weather in the future? The extended temperature outlook from now into spring calls for generally milder than normal conditions, but keep in mind that the official arrival of spring is still about three weeks away.