You Can Grow It: Prize-winning fruits and veggies

The Western Idaho Fair returns to Expo Idaho later this month. As Jim Duthie explains, when it comes to growing fruits and vegetables - size matters. 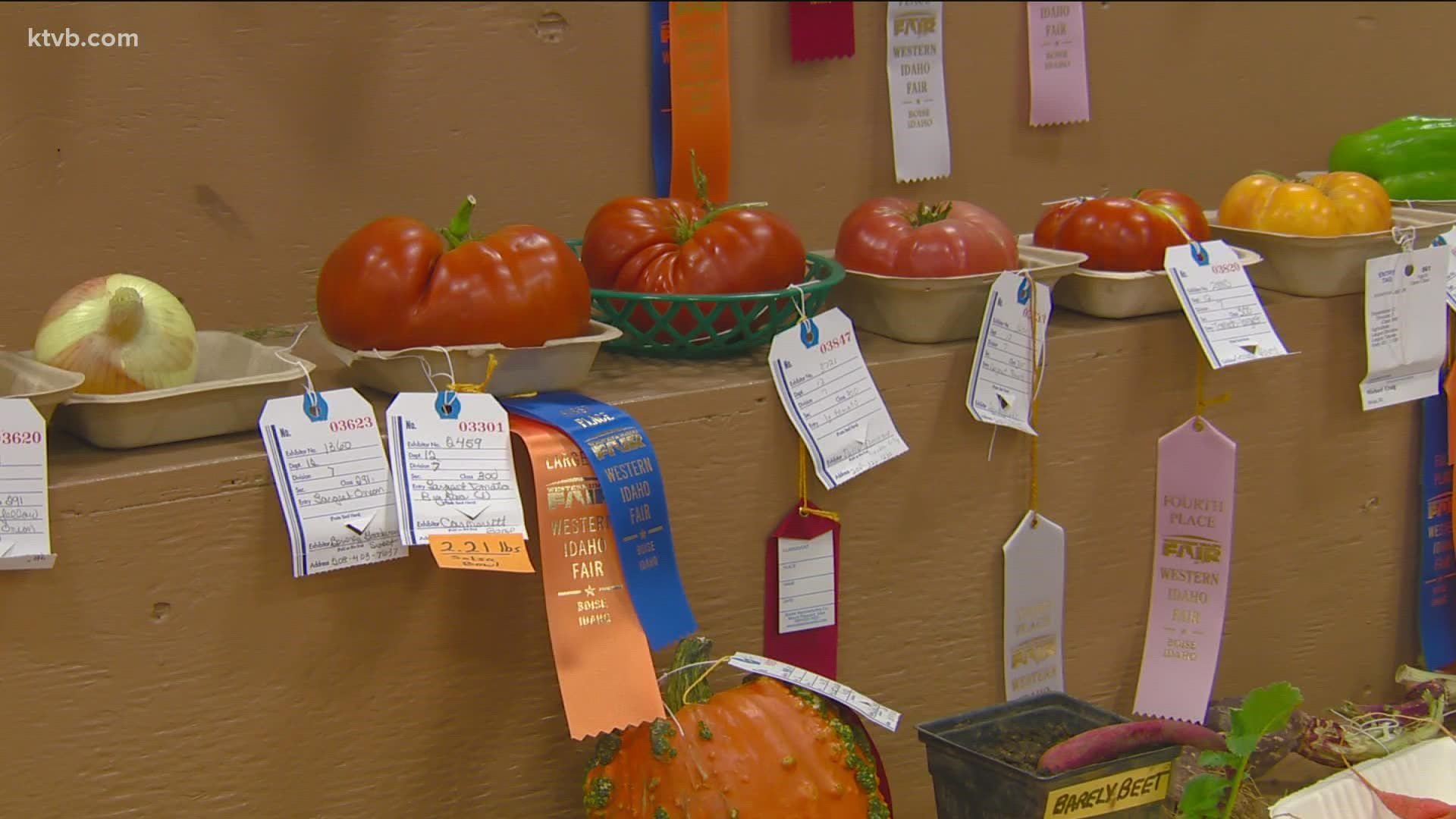 BOISE, Idaho — After missing last year because of the pandemic, the Western Idaho Fair is back this year, running from August 20th through the 29th. And if you’ve been growing a garden and you have an especially big veggie you want to show off, consider entering it in the fair.

Revisits some entries from previous years to give you an idea of what you’ll see in this year’s fair. And he says you might even want to try for a blue ribbon of your own.

When it comes to growing fruits and vegetables, Idaho gardeners grow just about everything. But in this division at the Western Idaho Fair, size matters.

This is the display showing the largest and heaviest of everything from beets to eggplants to cantaloupes and cabbages.

“We got about 150 exhibitors that brought out almost 1,300 exhibits,” said Hans Bruijn, agriculture coordinator.

Like these zucchini. Some of them are almost three feet long. And some of these cucumbers are almost as big.

This onion weighs in at a couple of pounds. Take it along with this super-sized tomato, and they’ll handle all the hamburgers at your next cookout.

And then there’s this monster of a watermelon, coming in at over 100 pounds.

“When it comes to the largest division, it’s basically just size and weight, depending on a little bit of what it is, like the pumpkins, they’re being weighed," said Bruijn. "And then we have like this sunflower, so we measure the length and will just go from there, and every year they seem to get bigger.”

This giant measuring more than a foot across. That’s a lot of sunflower seeds.

Winning entries are awarded a blue ribbon for their category, but the biggest ones get the orange ribbon, the award for the biggest fruit or vegetable of its kind. And that’s not all. Winners can take home a cash prize, too.

“We actually get some sponsors that put in quite a bit of money, so the first place winner could get at least $150, besides the blue ribbon,” said Bruijn.

Not to mention bragging rights.

“It buys a lot of seeds, and they probably use the seeds from the pumpkin that is right here,” he said.

And this is the biggest of the bunch. Imagine the Halloween Jack-o-lantern you could make with this one! How much do you think it weighs? 50 pounds? 100 pounds? How about a whopping 280 pounds.

But as big as it is, there have been bigger ones entered in the Western Idaho Fair before.

“I remember about two or three years ago, we did have one that we had to bring in on a forklift, because we couldn’t… nobody could carry it. So this year we still needed a little help, but not quite a big forklift.”

None of these fruits and vegetables would be here if it weren’t for the honey bees, so there’s also a division for honey and beeswax products.

“We have more and more people that are getting involved in raising bees and honey, so we can see that here at the fair.”

The judges will be busy picking the winners out of more than 350 categories in the agricultural division alone. And maybe one of those blue, red or white ribbons is waiting for you.

If you’re interested in entering your garden produce in the Western Idaho Fair, you’ll find all of the rules and entry requirements on the fair’s website.