You Can Grow It: Plants that bugs and mosquitoes don't like

Some common garden plants will drive off flies, mosquitoes and other insects. 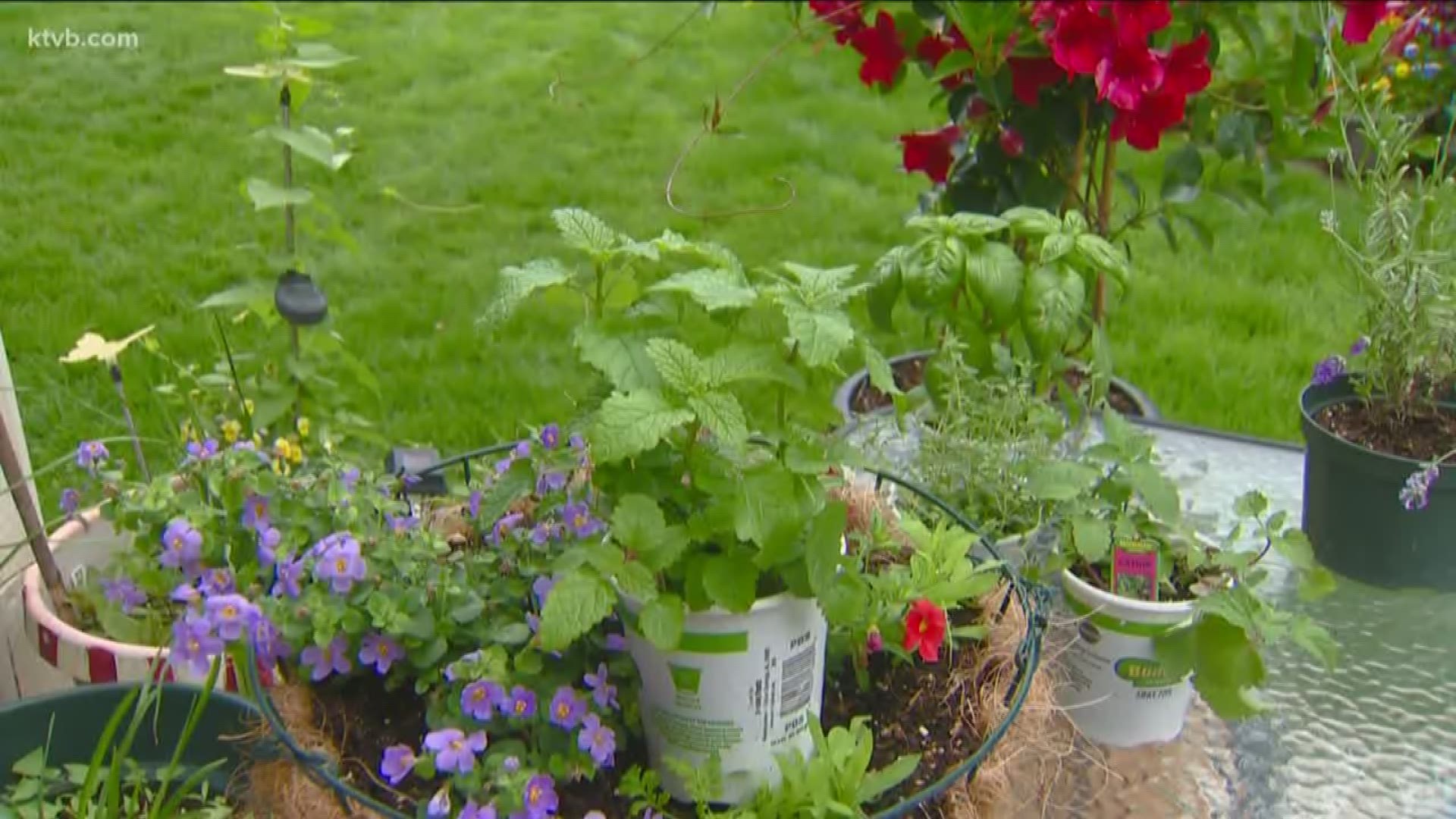 BOISE - As we head into summer, we’re spending more time outdoors, thanks to these longer, pleasant evenings. Unfortunately, bugs, like flies and mosquitoes, like to be out in the evenings as well, especially while we’re out relaxing on the deck or eating dinner on the patio.

Garden master Jim Duthie has some common garden plants that will drive off those flies and mosquitoes and other insects.

There are plenty of commercial products that will help keep bugs and mosquitoes away from you, but if you want a natural way to deter those pesky insects, without the use of chemical sprays and lotions, consider some of these plants that bugs don’t like, and keep them around in your outdoor living space:

Marigolds have a distinctive scent that repels lots of destructive pests in the garden, like squash bugs and tomato worms. That’s why plenty of home gardeners plant marigolds in their vegetable gardens. But they also repel mosquitoes and flies. Marigolds contain a natural compound that’s used in many insect repellents. So plant some around your open windows and doors where mosquitoes might try to get in.

You probably haven’t thought of catnip as being repellent to bugs. Sure, the cats love it, but it’s also deadly to mosquitoes. Catnip contains an oil that is said to be ten times more lethal to bugs than DEET, which is a common ingredient in most insect repellents. You can roll up a few catnip leaves and rub them on your skin, and the mosquitoes won’t bother you, although you might make friends with a few neighborhood cats.

Lemon balm has a strong lemony smell that’s pleasant to us humans, but the bugs and mosquitoes can’t stand it. The good news is that it doesn’t seem to bother the butterflies and birds. Its effect is similar to citronella grass, which is also a main component of mosquito repellents. But it makes an attractive container plant, so you can keep it right on the patio table to keep the mosquitoes and flies away.

Many herbs have bug-repelling qualities. And if you like to grow herbs for cooking, why not let them ward off flies and mosquitoes, too. Basil and thyme are two such herbs, and while they are edible, they have pungent scents that the bugs don’t like. They grow well in the ground or in containers set around the garden. Put a potted basil plant on your patio table and it’ll keep the bugs away, and it’ll be handy to reach when your cooking dinner.

We all know that lavender has a soothing scent that most people love. But lavender oil is another important ingredient in some insect repellents, and it smells a lot better than bug spray! And since it’s drought resistant, lavender grows well in dry climates.

Almost everybody loves the taste and smell of mint, and it makes a beautiful plant. But it’s also great for warding off ants and mice, as well as insects like mosquitoes. It is invasive, so it might be best to grow it in a container so it doesn’t spread too much in the garden. A container or two around the patio will keep the bugs away, and it’ll be handy for picking off a few leaves to put in food and drinks.

Werewolves and vampires aren’t a problem around my backyard, but blood-sucking mosquitoes are. Garlic, onion and chives help deter garden pests and will also drive them away from where you are.

These are just a few of many plants that you’ll love for their beauty, taste and smell, but the bugs won’t like them at all. So surround yourself outside with a few of them and keep those pesky insects away.

A couple of other mosquito-deterring plants that you might try around your backyard include scented geraniums, pitcher plants and Artemesia. And here’s something you might want to try next time you go camping – toss some sprigs of sage or rosemary into the fire. The scented smoke will drive the mosquitoes away.