You Can Grow It: Learning to grow orchids

Jim Duthie talked with an orchid expert to learn more about how you can grow them in your home. 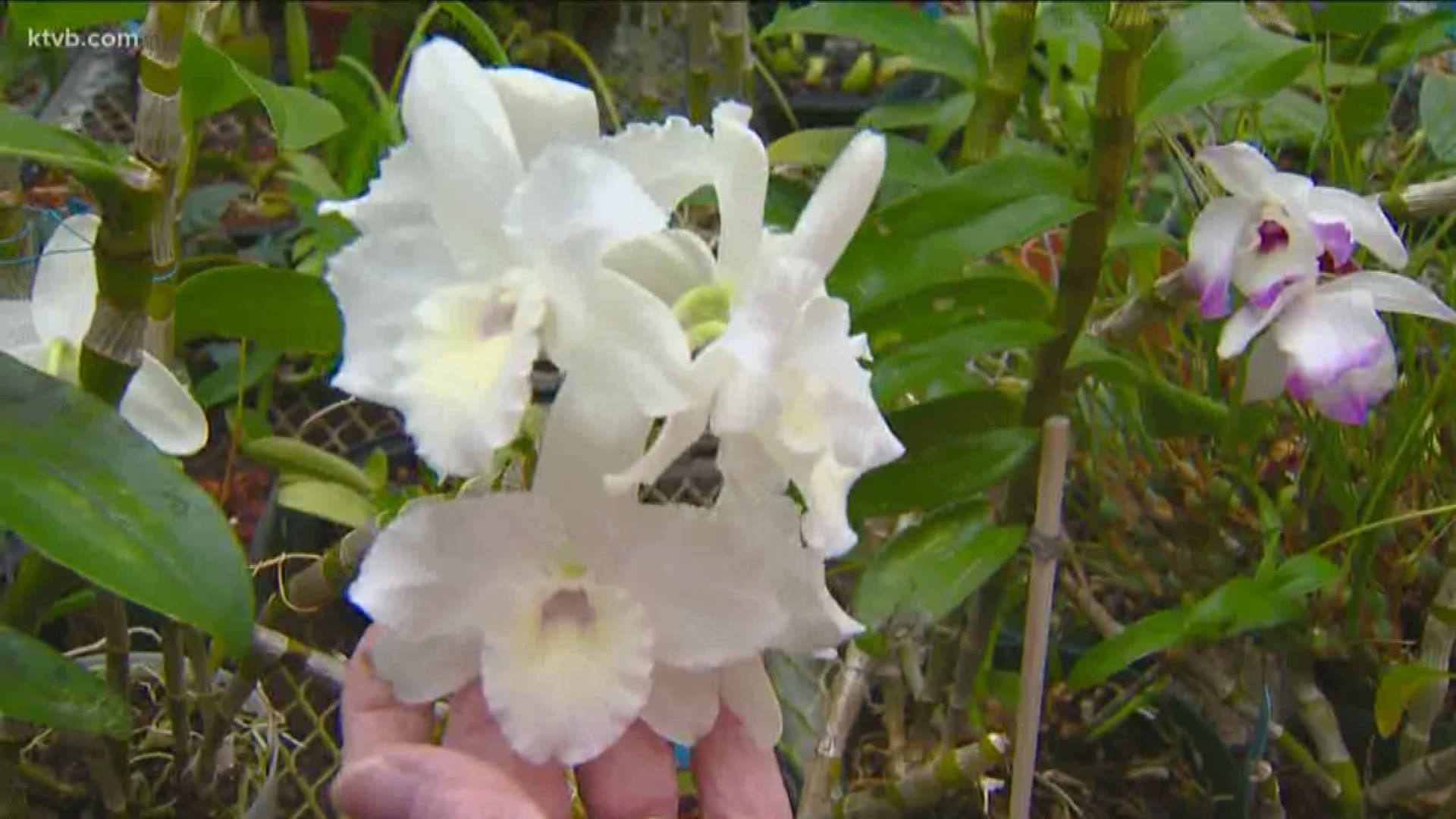 BOISE, Idaho — Orchids are spectacular flowers, but most of us find them pretty hard to grow. We’ll talk to an orchid expert to learn more.

When you think of an orchid, you probably think about a beautiful corsage, or a delicate tropical flower. But did you know that several varieties of orchids grow wild in Idaho’s backcountry?

Garden master Jim Duthie takes us back to a previous visit with a local orchid enthusiast, who grows hundreds of different kinds of orchids in her greenhouse. And she says it’s something that you can learn to do in your own home.

You don’t typically find tropical orchids blooming in southern Idaho. But in Janet Crist’s greenhouse, thousands of them are thriving. They may look delicate, but they’re actually pretty tough.

Most orchids grow in tropical regions of the world. But did you know that there are 25 to 30 varieties of native orchids that grow wild in Idaho’s hills and mountains? You might even recognize some of these from your trips into Idaho’s backcountry.

Like the fairy slipper, also known as Venus’s slipper. Its real name is Calypso, and it was one of the colorful new flowers that was documented by the Lewis and Clark expedition.

Or the moccasin flower, sometimes called a yellow lady’s slipper. It’s native to North America and ranges from Alaska all the way to the forests of Arizona and Georgia.

While you’re hiking, you might spot some spotted coral root in shady areas, but you’ll have to look close to see the spots since the flowers are quite small.

And then there’s the white bog orchid, which is one of the most common wild Idaho orchids, often found in meadows above the tree line.

These two beauties are some of the grandest orchids in the greenhouse. But the ornate beauty of orchids has one main goal, to attract pollinators, so that the plants can continue to grow and reproduce.

“Orchids all have three characteristics," Crist said. "They have petals, and these are sepals, and this is the lip, which is actually a petal that’s been kind of transformed into a landing platform for the bug.”

That bug is the pollinator. It goes into the flower looking for nectar, and along the way it picks up pollen and carries it to other flowers. Some orchids are pollinated only by a specific insect, and if that insect disappears, then that variety of orchid will disappear as well.

“This is an epidendrum, and this actually belongs to the family of orchids we call catlias.”

And here’s something I didn’t know. That’s a vanilla plant climbing up this wall, and it’s an orchid.

“The vanilla bean is the seed pod of an orchid.”

But how hard is it to grow orchids at home?

“Phalaenopsis are probably the easiest to grow in the home, and what most of us orchid growers started with. They’re big, they’re showy, they’re cheap. You can buy them in box stores, grocery stores.”

After the blossoms fade and fall off, the plant needs time to recharge before the next blooming season.

“They need a good bright window, like an east window.”

South or west facing windows are too bright and hot, and north windows aren’t bright enough.

“And then water, fertilizer, and the house temperature has to drop by 10 to 15 degrees every night through the fall for maybe a couple of weeks.”

Soon a flower spike will appear, and the orchid will bloom again around January or February.

Orchids can grow and bloom for a long time, and may even outlive you. Janet has a tiny orchid from Costa Rica that’s more than 60 years old. And it blooms every year with thousands of tiny little green flowers.

“It is an obsession sort of, a passion. It’s a marvelous hobby.”

And you might even find that growing orchids is something that will grow on you.

The Treasure Valley Orchid Society can provide helpful information and instruction on how you can get started growing your own orchids.