You Can Grow It: How to control weeds in your garden

Jim Duthie shows us some common weeds found in Idaho and what you can do to control them. 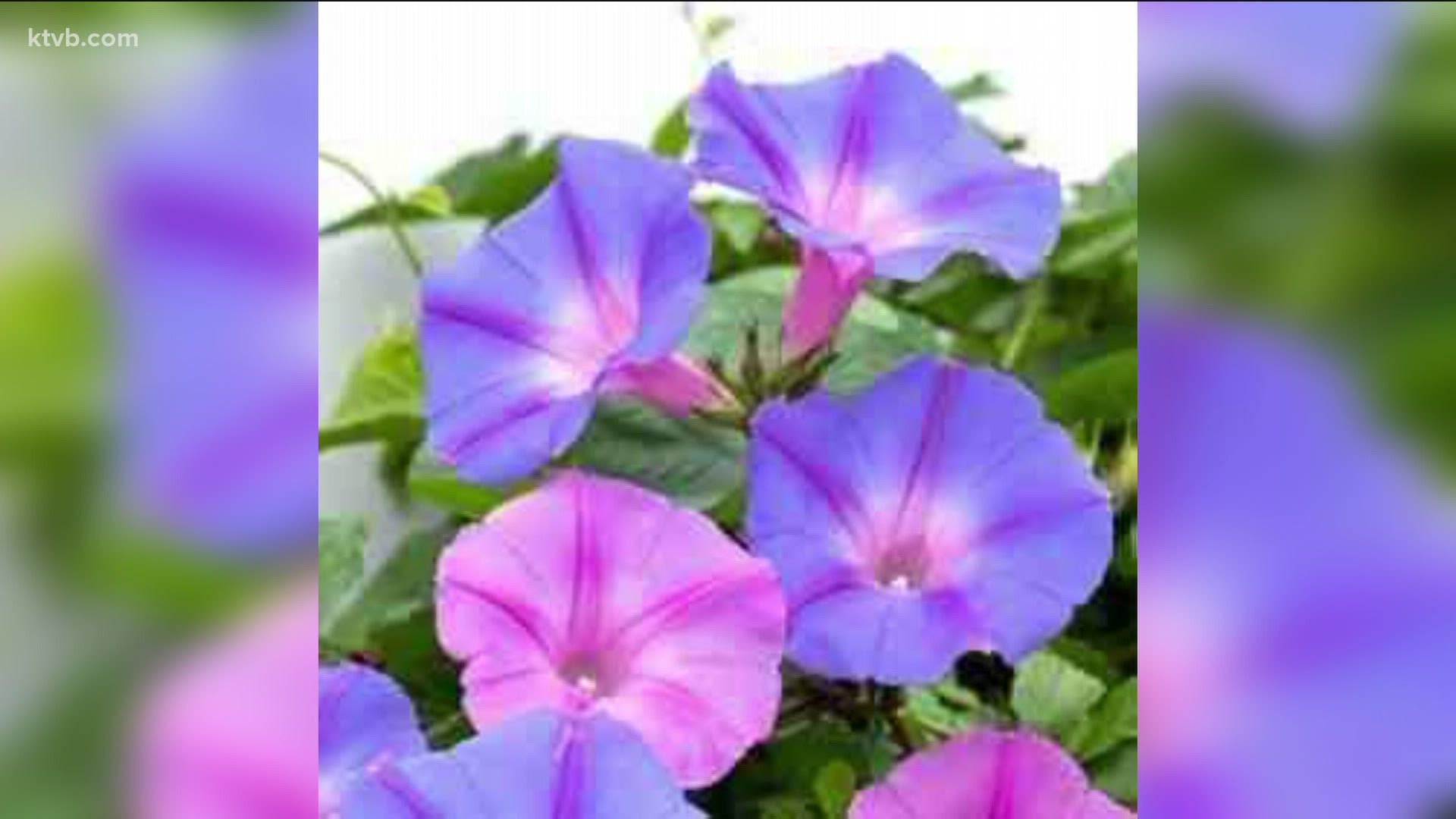 BOISE, Idaho — It’s mid-summer, and the growing season is well underway. And whether you’re having success with your garden, or it’s struggling a bit, there’s one thing that all of us can grow really well without any effort, and that’s weeds.

Even the best lawns and gardens have to contend with weeds, so garden master Jim Duthie shows us a few common Idaho weeds that you might find in your yard, and what you can do to control them.

Bindweed is a climbing or creeping perennial plant that’s part of the morning glory family. This isn’t the pretty variety that many gardeners grow on purpose. Instead, bindweed is a tough little vine, spreading by seeds and roots through flower beds and shrubs, and growing up fences and trellises. It has small white, funnel-shaped flowers and arrowhead-shaped leaves. It will quickly grow to choke out other cultivated plants, and it’s hard to get rid of. One plant can produce 500 seeds, which can remain viable in the soil for up to 50 years. And since the vine wraps around other plants’ stems and leaves, it’s hard to remove. One of the best ways to control it is to use a thick layer of mulch in the garden or flower bed.

Goatheads, or puncturevine, is a terror for bike tires and bare feet. This low-lying creeping plant spreads quickly to form a mat of leaves and lots of sharp little thorns, which are also the seed pods. If you’ve ever stepped on one barefooted, you know how painful they can be. This weed can sprout and grow to produce seeds within two to three weeks, and it continues to grow right up until the first freeze. The sharp seed pods can remain viable in the soil for up to 20 years. Weedkillers are effective, but goatheads grow and spread quickly, so pulling them up by hand is most effective.

Prickly lettuce is part of the daisy family, and it’s the closest wild relative of cultivated lettuce. It grows almost anywhere, starting out as a cluster of edible pointed leaves, but soon those leaves develop sticky hairs. A quick-growing stem shoots up about 2-4 feet tall, covered with sharp little spines. When broken, the stem leaks a milky-white, sticky sap. Little pale yellow flowers bloom from july to the fall and produce small cottony wind-borne seeds. The best way to control it is by pulling it up, but be sure to wear some thick gloves.

Oxalis, or wood sorrel, is a common weed found in most Idaho lawns, and it’s often mistaken for clover. It can grow in the middle of an established lawn, but it’s more likely to be found in poorly maintained lawns and flower beds. The leaves can be green, but are sometimes a bronze color. It’s easy to pull up when the plant is small, but later on, when it begins to produce little yellow flowers, seed capsules will explode when touched, spreading seeds in every direction. Application of a broadleaf herbicide is usually effective.

Spotted spurge is a dark green plant with red stems that grows low to the ground in a dense mat. It puts out small, pink flowers, and it also produces a milky sap that can irritate the skin. Killing spurge is relatively easy, but the hard part is keeping it from coming back, since it has a very long tap root and the seeds are very hardy. Hand-pulling is a good option for getting rid of spurge, but wear gloves to protect your skin from the sap. Even broken pieces of the leaves will sprout new plants.

Finally, poison hemlock is highly toxic, and is considered a noxious weed in Idaho. Plants generally grow 3-6 feet tall and are in full bloom in Idaho right now. It easily spreads to overtake small fields and empty lots, and can be identified by it’s fern-like leaves and clusters of creamy-white little flowers. Poison hemlock also has red or purple streaks or spots along it’s stem. And it’s called poison hemlock for a reason – eating any part of the plant can prove fatal to people and domestic animals. The best way to get rid of it is to cut it down with a blade or a weed trimmer.

These are just a few of the many kinds of weeds that thrive in Idaho, often in our yards and gardens. When you do find them growing in your landscape, your best bet is to just pull them up and dispose of them. Because when it comes to a weed, you can grow it, but nobody really wants to.

Many weeds in Idaho are non-native and are considered noxious and invasive, and can have harmful impacts to natural habitats and agriculture. For more information on these noxious weeds, check the website for the Idaho Weed Awareness Campaign.