You Can Grow It: Japanese gardens, xeriscaping, and planting with disposable diapers

Jim Duthie highlights some of the most popular things he's shared with us during the last year. 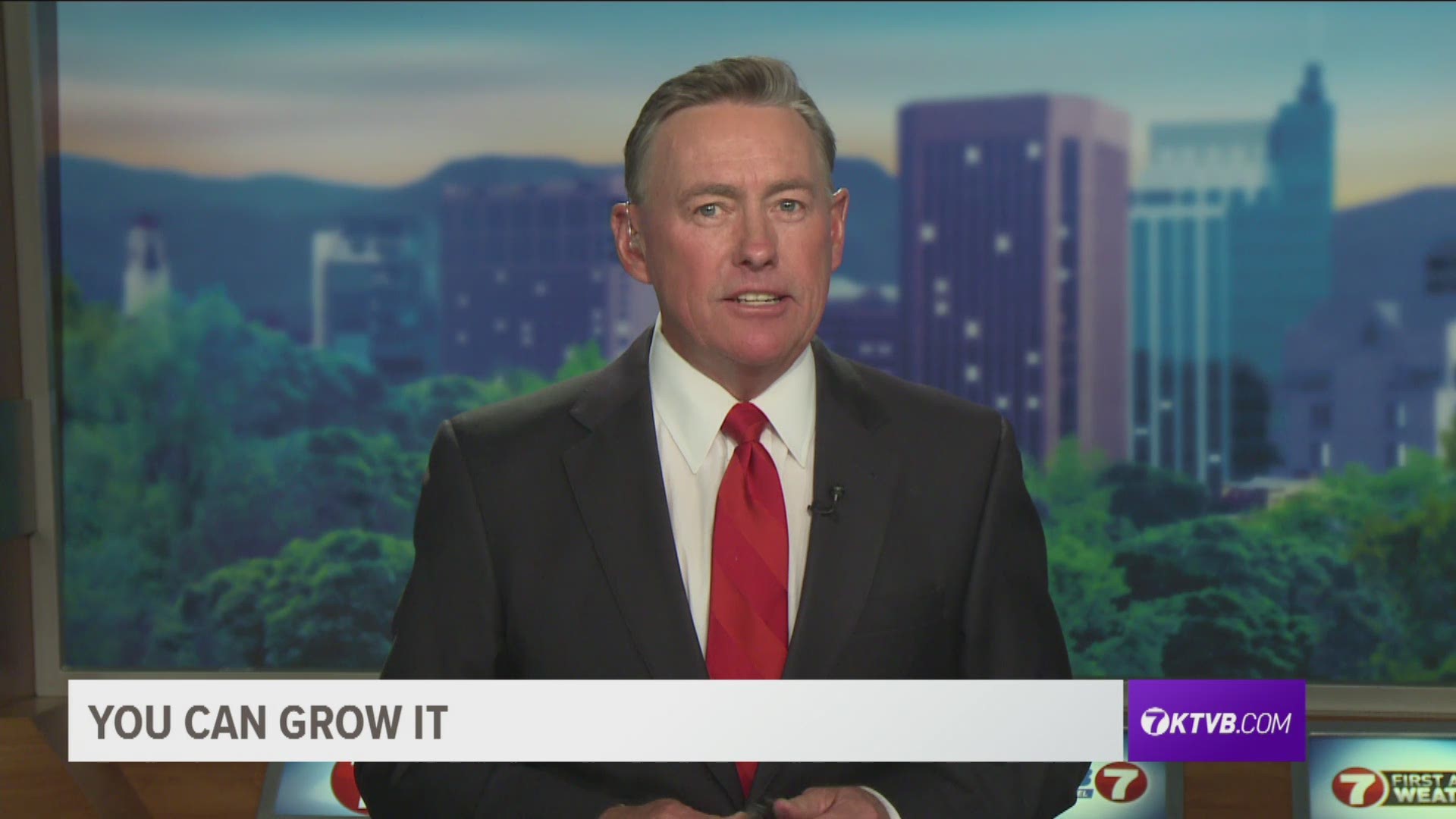 Last week on “You Can Grow It,” garden master Jim Duthie highlighted some of the most popular things he’s shared with us during the past year.

So today he’s back with more, from Japanese garden design to xeriscaping, as well as some pictures from Idaho gardeners.

After downsizing to a smaller patio home, Nancy wanted to make her small backyard into an inviting outdoor living space, but she wasn’t sure how to go about it. So this spring she went to the Boise Flower and Garden Show where she met David Arthur of Kyoto Gardens.

“And he gave me a lot of wonderful ideas that are things I never would have thought of,” Nancy said.

“Had a love for gardening and design. I just really liked Japanese culture,” David Arthur said.

“A lot of people don’t think about viewing their garden at night. I always incorporate lights into my designs because I just like spending time outside. It really changes everything.”

Sometimes you’re not quite sure how some plants are going to look in the garden, or you may want to swap them out after they’ve finished blooming.

Rather than keep digging up plants and replanting them, simply place some cheap containers in the ground, and then set the new plant in its store container right into that one. It’s easy to move them around until you’re satisfied with the layout and to replace it with another plant later in the season.

RELATED: You Can Grow It: Tree pruning, growing succulents, farmers markets and more

I like the look of coconut husk or moss hanging baskets, but they tend to dry out pretty quickly, and can sometimes be messy when the water leaks through. So to keep them from leaking, make them wear diapers!

Simply take a disposable baby diaper or two, cut off the elastic leg edges, and lay them in the bottom of the basket with the plastic side down, before adding the potting mix. Then plant your flowers. The diaper’s absorbent beads will hold water and keep it from dripping out, and you won’t have to water as often. And they won’t harm your plants.

Finally, here’s a way to keep your favorite small garden tools clean and sharp at the same time.

Take some play sand and mix it with mineral oil. I’m using baby oil, because it’s cheaper and it smells good! Mix it together well. Take a terra cotta pot, cover the drain hole with duct tape, and fill it with the sand and oil mixture and pack it down a bit. Then stick your garden tools right into the sand. It’s a good way to store your tools and keep them clean, and the tools stay sharpened when they go in and out of the sand. Plus, you’ll always know where your tools are.

Pat and Andy Acks are typical Treasure Valley homeowners. For years they had a green lawn just like everybody else in their neighborhood. But that all changed when they decided to xeriscape.

Here in southwest Idaho, we get the four seasons, but it’s also a high desert, and so planting native plants, saving water and xeriscaping makes a lot of sense.

The Ackses called Dale Donahue, of desert design, for some ideas.

“We live in a desert. We need to live with it. If you do then you can enjoy it better, I think.”

A dry creek bed collects runoff when it rains, and it worked very well during a recent downpour. The water gushed off the roof and was carried by the streambed through the yard and out into the street.

Christine Gowing came up with a great idea to discourage her neighbor’s cats from using her garden as a litter box. She covers her garden bed with pine cones. The cats don’t like walking on the prickly cones, so they go elsewhere. So far, so good, Christine says.

Mack and Carol Lanier of Boise sent me these pictures of their cabbage leaf poppies, sometimes known as peony poppies. They produce huge frilly flowers about four to five inches wide on sturdy stalks about two to three feet high. They’re easy to grow and come in a variety of bright colors, like these gorgeous pinks. Plant them in the fall or early spring.

Does your yard need a little dressing up? Barbara Dewolf of Boise combined her painting talents with her love of gardening, and spruced up her old fence by painting various panels to reflect that part of her garden. Purple, for the section behind the blackberry patch, and birds and birdhouses for the area behind the birdbath. She says her whole yard is painted, including these fence panels behind her chicken coop.

Next week on “You Can Grow It,” we’ll visit a Treasure Valley aronia berry farm, spend some time with a long-time Idaho gardening guru, and learn more about using tomatoes and planting garlic.

By the way, if you’ve got some great gardening ideas, or pictures from your garden, Jim would love to see them and share them with other gardeners. You can email them to jduthie@ktvb.com.