You Can Grow It: Creating a firewise landscape around your home

Jim Duthie went to the Eagle Foothills where one couple has implemented firewise techniques in their own home landscape. 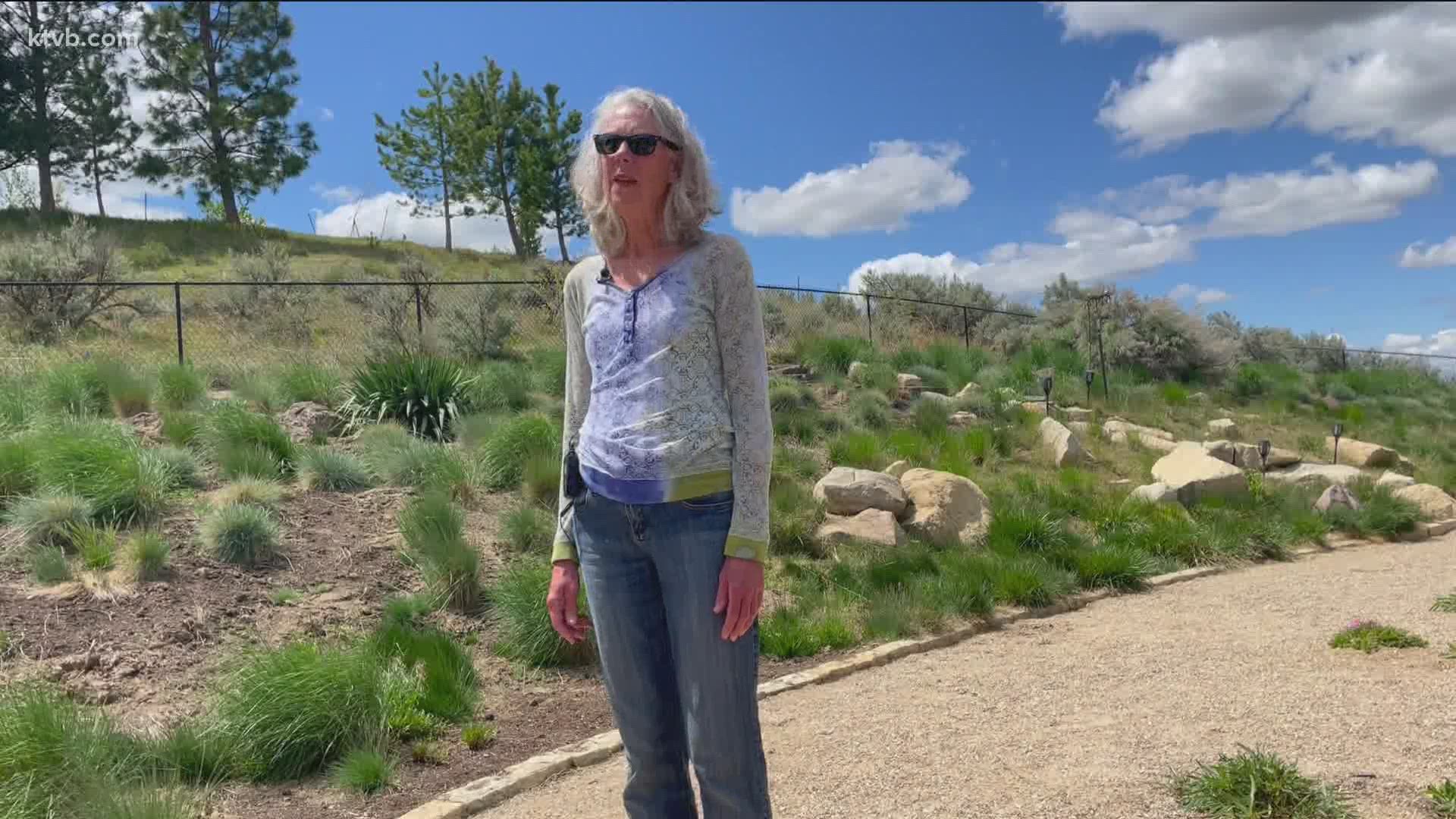 EAGLE, Idaho — We’re going to show you what some folks in Eagle have done with firewise landscaping around their home.

As Idaho’s population grows, more people are moving into areas where wildfires are a big threat. That’s why Idaho Firewise wants to educate Idahoans on landscaping methods that will reduce the risk of a wildfire destroying your home.

We went to the Eagle Foothills where one couple has implemented firewise techniques in their own home landscape.

The foothills along the edge of the Treasure Valley offer some beautiful views. That’s why Bill and Cindy Clark built a home here. But they also know that they’re living where wildfires could threaten their home.

Their house was constructed with fire prevention in mind, including the grounds around it, using the concepts and techniques of firewise landscaping.

The whole concept of firewise gardening and landscaping is to protect your home in the event of approaching wildfires, by offering a defensible space. Here at the Clark’s home, they’ve done that, introducing lots of native plants into their landscape.

"Being married to a wildland firefighter, who’s now retired… fire was foremost in my mind, more than it would be if I hadn’t been married to one,” Cindy Clark said.

The Clarks researched firewise landscaping and found that it was exactly what they had in mind for their new home.

“We decided we wanted it to blend in and be safe all at the same time. So, in my mind, that’s why we went this route,” Cindy said.

They found lots of local resources with ideas on how to implement firewise landscaping around their home, including the Idaho Firewise Garden in Boise.

“You have people that you could contact and they would be very helpful. I would say that the firewise garden in Boise, the people who work there were instrumental in our decision on what plants to use surrounding our house,” Cindy said.

Following firewise guidelines, the Clarks left open areas within 30 feet of their home, with stone and gravel surfaces and a few low-growing fire-resistant plants.

Beyond that, up to 100 feet from their home, they incorporated native plants, including grasses and small shrubs and wildflowers that would also be slow to burn.

A recirculating water feature trickles down the hillside behind their house, with larger trees and shrubs at least 100 feet from their home.

“I enjoy sagebrush, bitter brush, all the wildflowers that you can’t see that are hidden out on this acreage. And with having the existing landscape that we have close to our house, it doesn’t impede the view of the surrounding landscape. It looks like it should be here,” Cindy said.

And many of the plants are on a drip irrigation system, which saves water.

“So out here in this type of environment, not putting a bunch of water on plants or lawns, and having a drip system, like we have around our house, would be another reason to look at a firewise landscape.”

“Right here in the foothills it’s a sagebrush desert environment. And there is a lot of natural fuels that would promote burning in the landscape. So, anyway you can help reduce the fuel load for a possible wildfire would be one thing that would be very important.”

And for Bill and Cindy Clark, firewise landscaping was a smart choice.

“I don’t think we would make any changes.”

You can learn more about firewise landscaping at the Idaho Firewise Garden, adjacent to the Idaho Botanical Garden.

Click on the links to get more information on Idaho Firewise and the master naturalist program.