You Can Grow It: Boise firehouse's pumpkin patch will be open Saturday

Jim Duthie says this is a great opportunity to get a pumpkin for Halloween and contribute to a good cause. 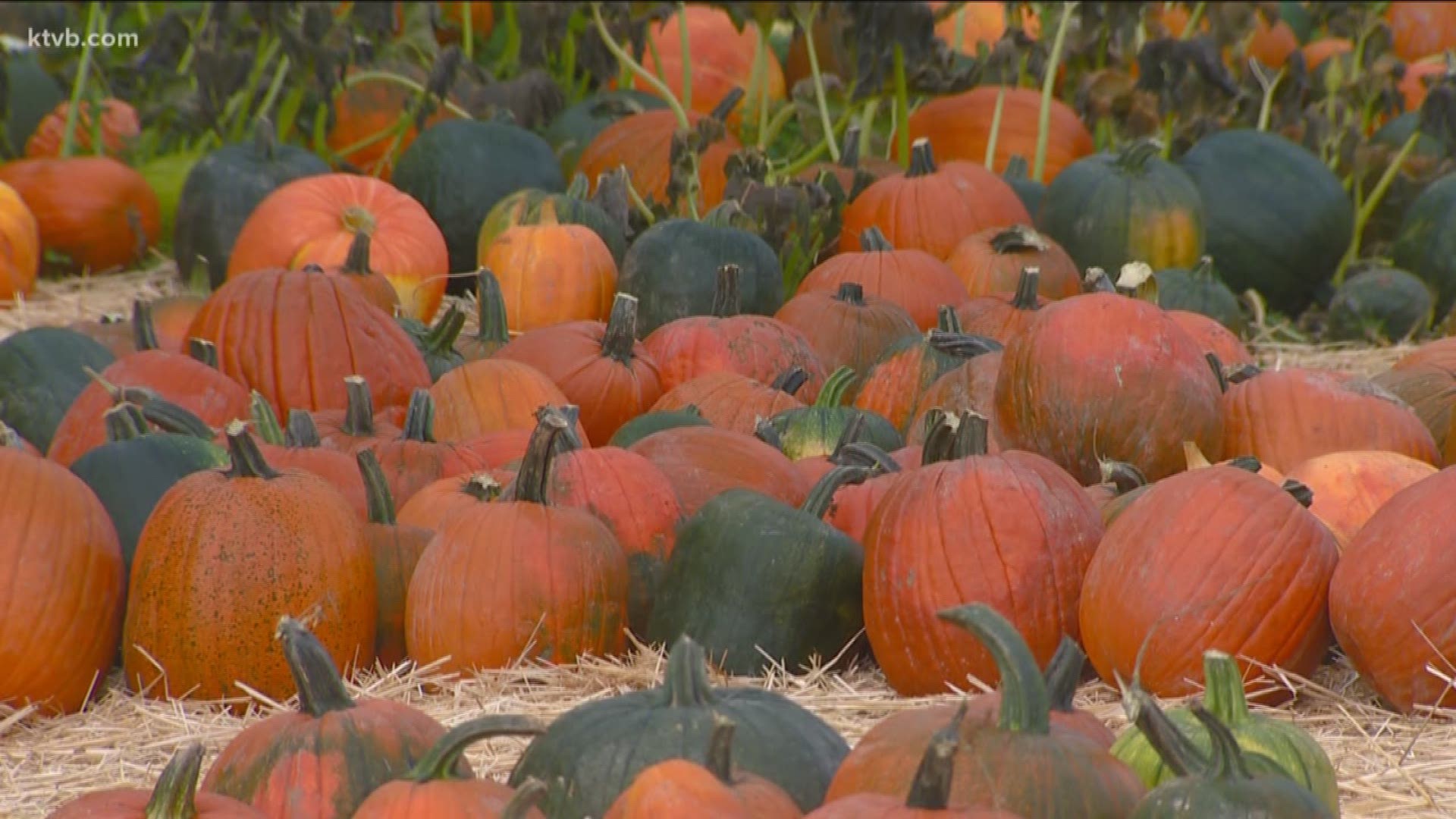 BOISE, Idaho — The Boise Fire Department’s Pumpkin Patch is happening this weekend. Come and get your pumpkin for Halloween.

Halloween is just around the corner, and if you’re thinking about getting the family together to pick out a pumpkin or two for your Jack-o-lanterns, here’s a way to support an important community service at the same time.

Garden master Jim Duthie takes us to the Boise firefighters’ pumpkin patch, where you’ll find a big assortment of pumpkins and fun for the whole family, and all the proceeds go to a great cause.

The colder days of autumn have arrived, and frost really is on the pumpkin. But at Boise Fire Station #10, they’ve been doing more than putting out fires and saving lives. They’ve also been growing pumpkins.

We’re in those crisp fall days, and the star of the show is pumpkins, as we head toward Halloween. You’ll find some really unusual ones, and some more traditional ones, here at the Boise Fire Department’s Pumpkin Patch on Saturday.

“So the Local 149 and Boise Fire have partnered up for the last 10 plus years to do the pumpkin patch," said Steve Procedo, Boise Fire Department. "And it actually started out as the crew here had this extra space and they wanted to grow something here, and I think they got it in their mind they were going to grow some pumpkins, and I think it grew into something more than they expected.”

That idea quickly turned into an opportunity for the firefighters to interact with the public in a non-emergency event. They soon added bounce houses, face painting, a straw bale maze, and an opportunity to see the fire trucks, including the Boise State engine.

“Every kid that we’ve ever met loves a fire engine, right? It’s pretty awesome. We love them too, right? And so we do have crews come down and we have the engines on display if you will, and the crews show them around, let them sit in the driver’s seat, take pictures with the family, which they enjoy doing just as much as anything.”

There’s no cost to attend the pumpkin patch -- even the pumpkins are free, but the firefighters do accept donations that go to their Community Assistance Fund to help those in need.

Like the annual firefighters toy brigade, which provides gifts for kids who are in the hospital away from their families at Christmas.

RELATED: You Can Grow It: Amazing displays of fruits, flowers and vegetables at the Western Idaho Fair

“And we also do Operation Warm Coat, so it helps fund that as well, so we can help those kids that can’t have coats during the really cold weather we have coming up.”

And the funds are also used for their Random Acts of Kindness program.

“So if we see something when we go on a call and it’s necessary, we try to see if we can help that family or that person with whatever it might be.”

Besides the pumpkins grown here at the fire station, more were brought in from a local pumpkin farm, where volunteers, including firefighters and their families, picked and loaded and transported the pumpkins to the patch.

You’ll find the traditional round orange pumpkins, as well as a few more unusual ones in all shapes, sizes and colors.

RELATED: Here's how to make your pumpkins last longer

“This year I noticed we have quite a few of these. These are kind of neat.”

“People like these solid greens…they have a slight discoloration in them, but this seems to be a little more of a popular style. I think people like to paint these types of pumpkins.”

Want to be creative with your Jack-o-lantern? How about a green-skinned one, or one that’s speckled green, orange and yellow.

“These are kind of a neat style. I think they’re going to be popular this year. We were lucky enough to get some of the smaller pumpkins this size, which again are super popular with the kiddos because they can carry them.”

“So we have a lot of good pumpkins. People want to get the best pick, so they get here first thing, and we are left with very little at the end of the day.”

“This is definitely a family event. We actually get them lined up and waiting for us before it even opens at 9 o’clock.”

“For me it’s pretty fulfilling to come out and do this event and put the time into it.”

So bring the whole family, enjoy yourselves, pick out some great pumpkins, and you’ll help a great community cause as well.

The firefighters’ pumpkin patch is this Saturday, October 12, from 9 a.m. to 5 p.m., at Boise Fire Station #10, located near the southeast corner of Cloverdale and McMillan roads in west Boise. It’s free, but donations are accepted. All proceeds from the event go to their Community Assistance Fund.

And while you’re there, check out the 2020 edition of the Boise firefighters’ and Humane Society calendars that will be on sale there, and at any fire station, as well as online. They cost $25, and that money also goes into the community assistance fund.