You Can Grow It: Big backyard family garden

Meet a Boise family that grows a lot of food in their garden. The Craigs say their kids are learning valuable lessons about being productive and self-sufficient. 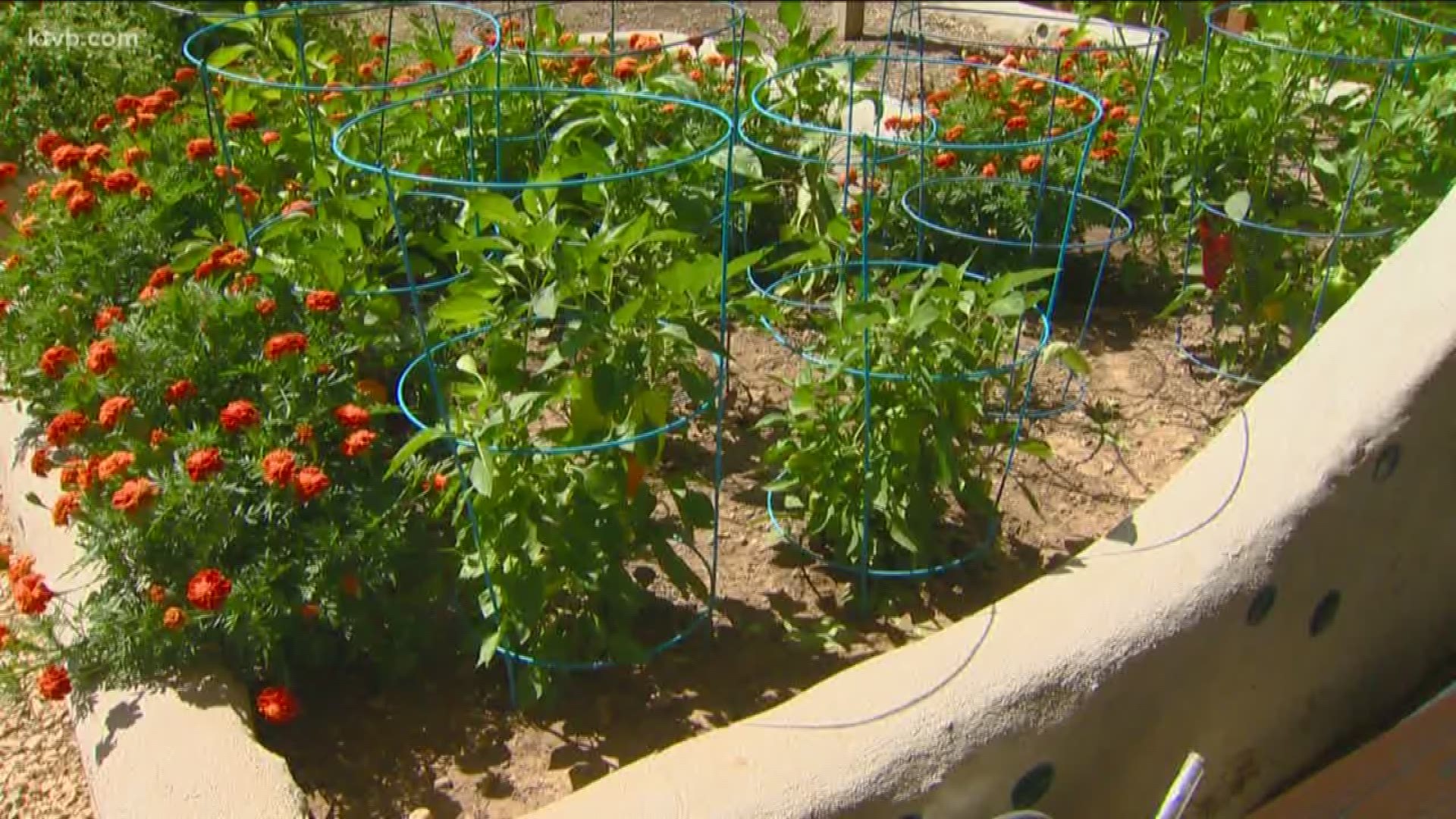 BOISE, Idaho — What kind of food do you grow in your garden? Whether you have a lot of room, or just a little, or whether you have just one tomato plant or rows of vegetables, producing your own food is healthy and rewarding.

Garden master Jim Duthie looks back on a visit with a Boise family who grows a lot of food in their backyard garden. But they say it’s more than just growing food. Their children are also learning valuable lessons about being productive and self-sufficient.

What do you grow in your garden? A couple of tomato plants? Maybe some cucumbers and some beans? How about growing enough food in your backyard garden to feed your whole family for a year?

"Two years ago, we estimated that we grew 1,400 pounds worth of food that we… for us to eat,” said Mike Craig.

And for Mike Craig and his wife Stephanie, that’s a big savings for a family with seven children.

“Which is saving who knows how much, but the extras we’ve gotten really good at canning, freezing, all those kinds of things that go along with it, so it doesn’t go to waste and we use it.”

“You can tell the difference between stuff grown in a backyard and stuff bought in a store.”

Among other things, there are several different kinds of tomatoes, five types of peppers, and three different cucumbers, not to mention some fruit trees, including apples and peaches.

“I really like growing peppers, simply because there’s 200 different kinds.”

Almost everything in the garden was grown directly from seed rather than nursery transplants. And many of them are heirloom varieties, not hybrids, going back to the original plant strain, like this eggplant.

“This is the original eggplant.

“Cuz it’s a plant that grows these little goose eggs.”

There are lots of flowers in the garden that attract pollinating insects and help repel bad bugs, as well as filling in bare spots with beautiful colors and fragrant scents.

And not everything here is grown to be eaten, either. Like these gourds.

“This is one of the things that I grow just out of interest, Jim.

“I sell the dried ones to crafters. I dabble in a little crafting too.

“There are just some funky different shaped ones.

“These are called bottle gourds.

And then there’s this giant. How does it even stay up there?

Mike’s made good use of space in his backyard garden, but if you don’t think you have enough room, you can still grow a lot of food. Just think vertical.

“I’d say almost anything can be grown vertical, which is fun.

“And I think almost anything can be grown up on some kind of trellis. It really can.”

Including these big Armenian cucumbers, as well as all of the tomatoes.

Hardly anything goes to waste here. Excess produce and over-ripe food gets fed to the chickens and the goats, and in turn, they provide nutrient-rich compost and fertilizer. But these aren’t the only kids that benefit from the garden.

“One of the neatest things about growing a garden is to see how excited the kids get with it all.

“Doing a good job being able to have a bunch of, a lot of extra produce, enough to feed the family, and enough to maybe freeze and can for the winter. It’s just a comforting feeling because you kind of know where the food comes from.

“I’ve never told them, this is how to be self-sufficient, but they’re clearly seeing that we’re growing our own food and it’s delicious.”

You don’t always need as much space as Mike and Stephanie have in their backyard, but it does help, although you can grow a lot of food in some containers in a small garden.

Besides the food that the Craig's garden produces, Mike has also won dozens of ribbons for his garden entries at the Western Idaho Fair.

By the way, one of the goats you saw in the video was actually featured in a story on KTVB a year or two ago, when she escaped from the Craig’s yard and was found wandering down a busy street. The goat was apprehended by Boise police and returned to the Craigs and placed under house arrest. You’ll be glad to know that that “baaaad” goat is completely reformed now and is a good mother with kids of her own.