You Can Grow It: All about alliums 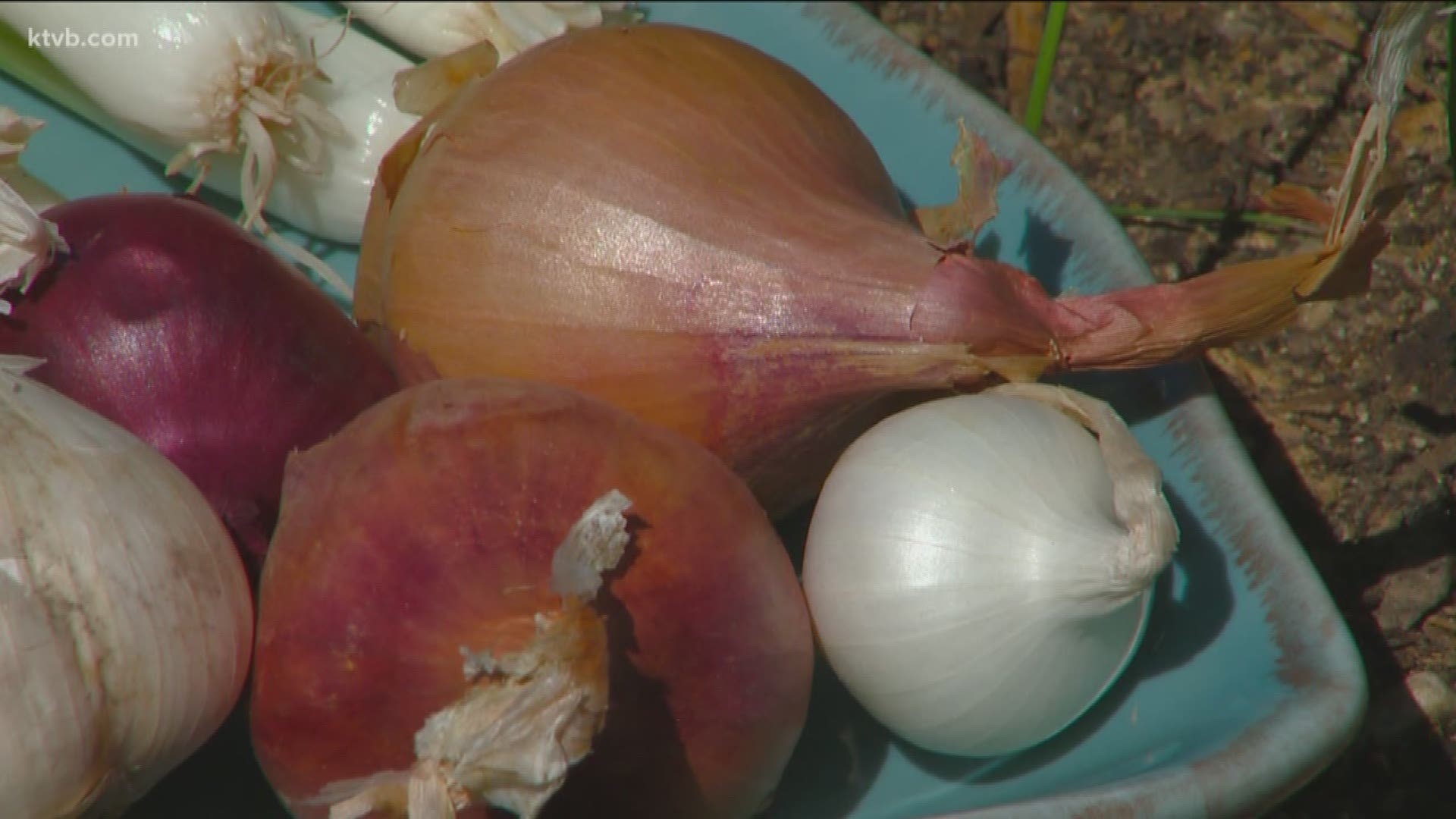 BOISE, Idaho — What’s the difference between onions, leeks and garlic? I’ll tell you, as we talk all about alliums.

Do you like the savory flavor of onion and garlic in your food? Most people do, but did you know they’re all part of the same plant family. they’re known as alliums, And they’re very easy to grow in your own garden at home.

Garden master Jim Duthie tells us more about these unique vegetables and the differences between them. And if you don’t really care for the taste of onions, he’s got another flavorful option that you might like instead.

Today on “You Can Grow It,” we’re taking a close look at a whole family of plants that are popular both in our flower beds and in our vegetable gardens. We’re talking about alliums. And while many alliums are grown as vegetables, there are lots of other kinds of alliums that make spectacular flowering plants.

You’ve probably seen them in floral displays and perennial gardens. Alliums produce beautiful globe-shaped flower heads on tall stalks that are real eye-catchers, blooming in lots of colors from purple to pink to blue and white.

But the alliums we’re talking about today are the ones we eat. They include onions, leeks, shallots, chives and garlic. They can be slightly smelly, but they add so much flavor to our favorite dishes. So let’s take a closer look at alliums, and see what the differences are between them.

You’re familiar with the big white, yellow and purple onions that you’ll find in the produce section at the grocery store. you can grow them at home, but they’ll take longer for the bulbs to grow to this size.

Green onions, also called scallions, are picked while they’re still small. They grow in bunches or clusters and produce small white bulbs about a half inch in diameter, along with long, hollow green leaves. Both the leaves and the bulbs are edible and can be chopped or sliced. You can grow them from seeds – I harvested these seeds from onions I grew myself - or from immature bulbs called sets. You can even plant them in containers. They’ll grow quickly, usually in just a few weeks, so you can get several harvests during the year.

Chives give you a delicious onion flavor, but there’s no bulb to harvest. Instead, you snip off the green leaves and chop them for use in your favorite dishes. Chives grow well in small pots or containers and will continue to grow back after you cut them. Spring is the best time to plant chives. For a real taste treat, try garlic chives.

Right now, is also a good time to plant shallots. Shallots look like little onions, but they produce a cluster of bulbs, connected at the base, similar to garlic cloves. Shallots have a milder and sweeter taste than an onion but are a little more potent.  When you plant shallots, break the clove apart and plant each one separately. typically, the smaller the clove, the bigger the shallot it will produce.

Garlic is in the same family as onions, leeks and shallots, but garlic should be planted in the fall. It will grow through the winter and will be ready to harvest in the late spring or early summer. Garlic bulbs are actually a cluster of smaller bulbs called cloves. The hardneck variety of garlic produces shoots called scapes, which can be snipped off and used in cooking. There’s also a giant variety of garlic called the elephant garlic.

Finally, leeks are a favorite for many home gardeners because they’re so easy to grow. And if you don’t like the taste of onions, you’ll probably like leeks. They have a milder, sweeter, more delicate flavor all their own. Unlike onions, leeks don’t produce bulbs, but instead produce straight white shafts about an inch in diameter, which are commonly chopped and cooked in soups. You can grow leeks from seeds or from seedlings that you can find at any garden center.

So, whether you’re growing onions, leeks, or garlic, all members of the allium family like full sun, and they’ll grow in almost any soil as long as it’s well-drained. And since they can be grown fairly close together, they won’t take up much of your garden space either.

Thanks to their pungent scent and flavor, most plants in the allium family, particularly onions and garlic, are resistant to many insect pests, as well as other wildlife that may want to make a meal of your garden including deer, voles, rabbits and squirrels. and perhaps vampires and werewolves, as well.