Happy holidays from all of us at KTVB! 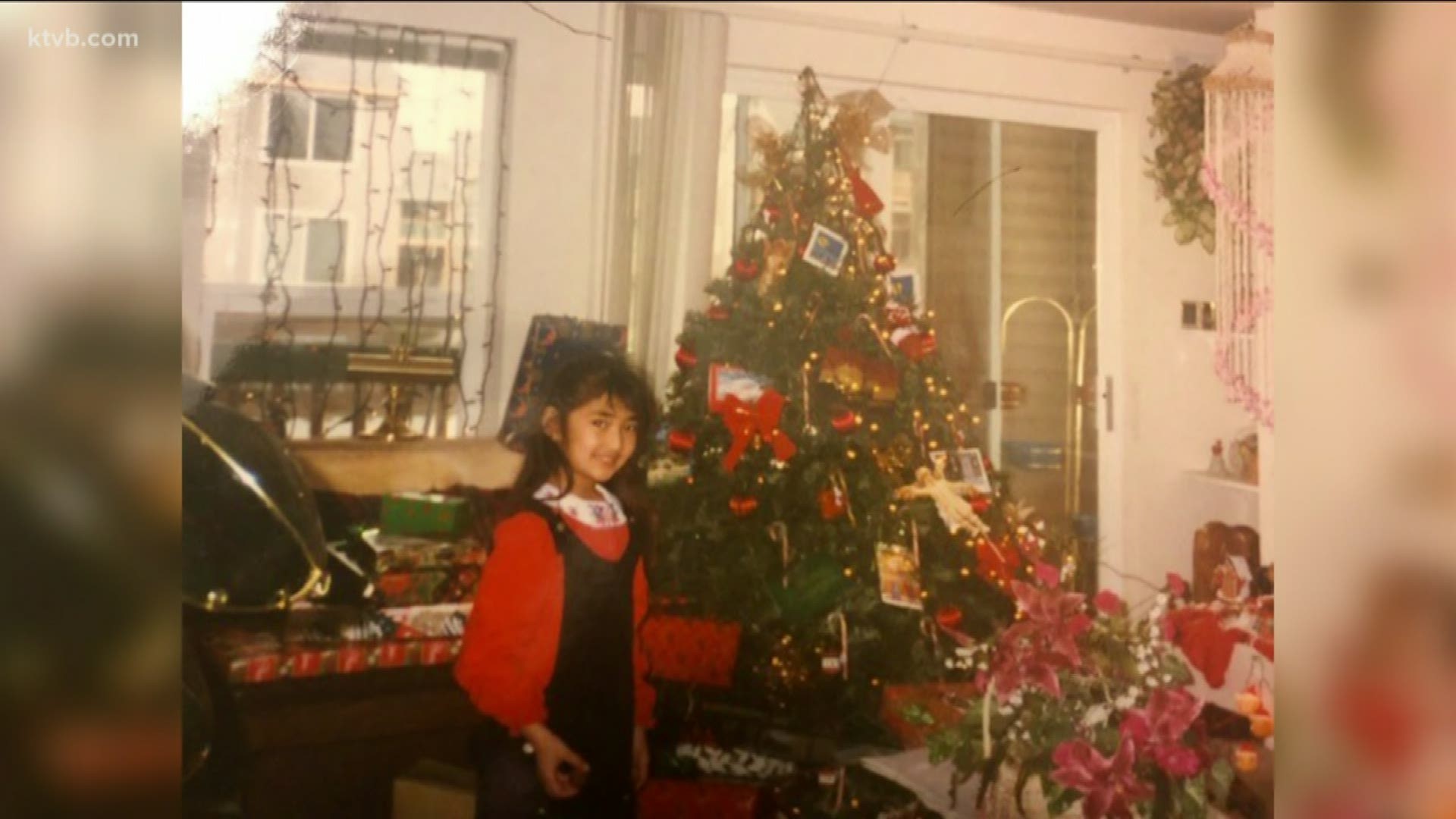 BOISE, Idaho — Picking up Chinese takeout on Christmas Eve, making homemade gingerbread cookies for Santa Claus, and spending time with family. Those are just a few of the holiday traditions for KTVB staff.

As many of the KTVB team reflected on Christmases past, a lot of different family traditions came to light.

"We have early family Christmas a week or so before the holiday and we open up a few presents and we all dress up in pajamas or weird costumes because we're a weird family like that," KTVB meteorologist Bri Eggers said.

Another member of the meteorology team, Larry Gebert, remembered spending special quality time with his parents and his aunt and uncle.

"I grew up in a poor neighborhood so we didn't really celebrate anything except Christmas," he said. "There were times I think the tree didn't even touch the floor because we had so many gifts because that was the one thing in the year we did."

"Then I had an aunt and uncle – Aunt Emma and Uncle Russell – they weren't able to have children of their own so we vicariously were their children so they would always come for Christmas," Gebert continued. "To travel 140-plus miles just to see us open our gifts, that made my aunt and uncle very special people to me."

KTVB staff holiday memories and traditions throughout the years

1 / 15
Br Eggers
KTVB reporters and anchors share some of their favorite holiday memories and moments.

KTVB anchor Mark Johnson remembers his mother making sure all was fair when it came to Christmas presents.

"My mother was crazy about keeping everything the same for all three of us kids," he said. "So if she spent $39.50 on my sister, she had to spend $39.50 on me and my brother and I remember a couple of years, she would be short and so we would get a check for like $1.42 because that would bring us up to exactly where our siblings were."

Sports anchor Will Hall remembers growing up in Minnesota with a tradition of a family hockey game. He talked about how his dad, brothers, and sisters all played and how his mom even played goalie.

Anchor Brian Homes said there is one Christmas that sticks out in his mind.

"My favorite year would have been [when I was about] 6, 7 years old probably when I got a bike the same year as a I got a train set," he said. "And the bike was a Dallas Cowboys banana seat bike and it was awesome, I rode the wheels off of that thing, it was so good. The train we used a lot, set it up every Christmas and in fact, I still have it."

Many other staff members talked about how some traditions have been altered as the family has been altered with new additions, but the common theme among all staff were memories of quality time spent with loved ones.

RELATED: St. Luke's collecting toys for children in the hospital