Holiday light shows on full display in the Treasure Valley 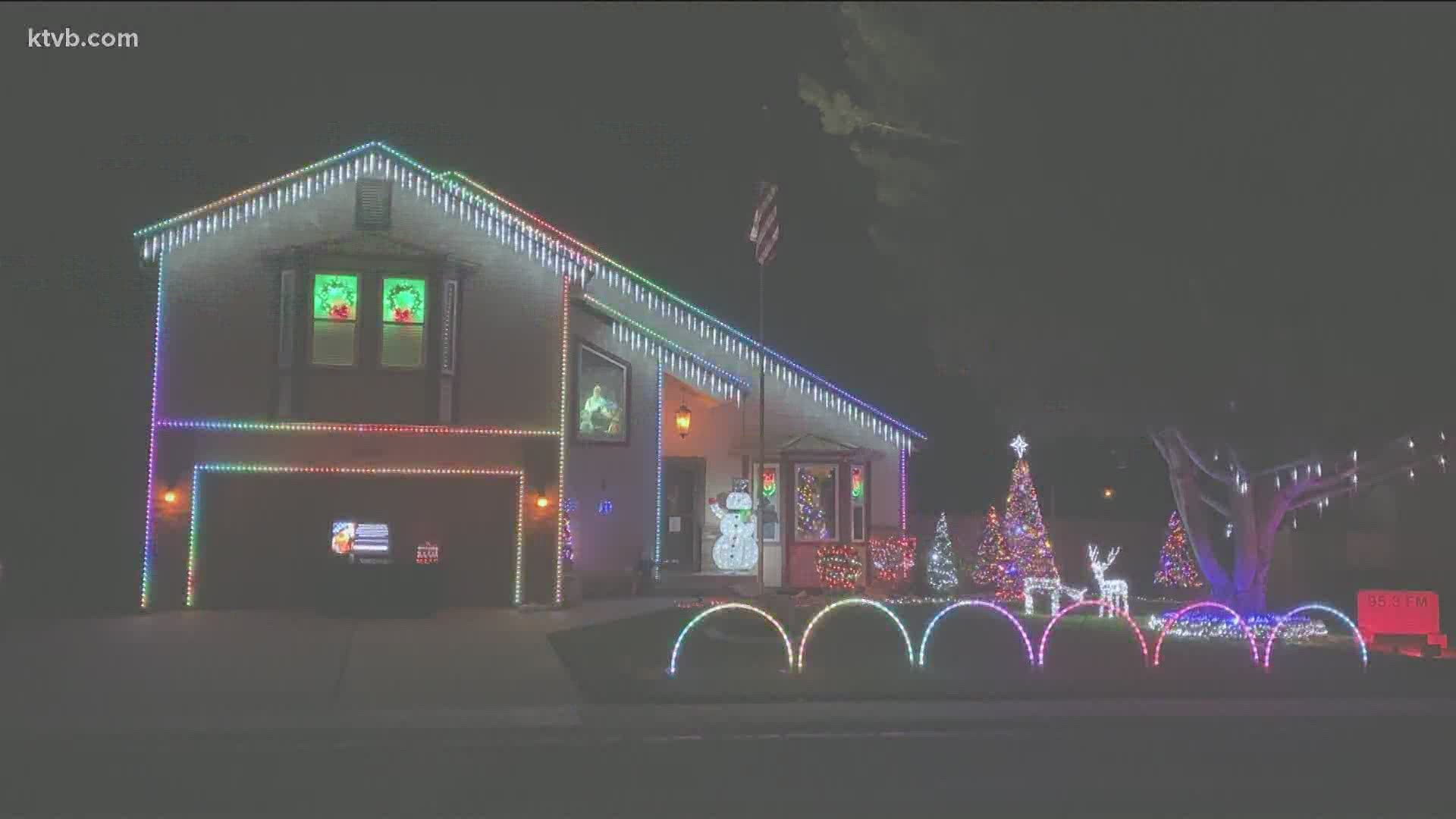 BOISE, Idaho — Cue the lights, music and voila, homes are coming to life for the holidays in these Christmas house light shows.

Jeremy Kitzhaber was inspired by light shows he saw in the past. So, this year, he decided to try it out himself and 10,000 LED lights later, he had his own light show on full display.

“I’ve actually received some private messages from folks who have shown up and said they were away from their family and they weren't in the Christmas mood until they came to the light show,” Kitzhaber said. “It feels good to know that my hobby and addiction to putting up the lights is just making people happy.”

And he's not the only one.

“When I was a kid, we'd drive around and look at lights, it was a very vivid memory for me something to look forward to when I was younger and it makes me so happy that families are now making their own memories,” said Donny Lloyd, who has been lighting up his neighborhood with a little extra holiday cheer for five years.

“The response has been nothing but good especially this year, I think it's meant a lot for people in 2020 to have something to do with their family to go out and make a memory by driving around and see all of the different light displays the community has put on,” Lloyd said.

He told KTVB, the theme of his show this year is hope. Hope that things will get better, and the message that we are not alone. Which is also Kitzhaber’s message, as he collects donations for a local non-profit.

“I'm doing donations for the Veterans of Foreign Wars Relief Fund for Post 63 which is the one here in Boise and that helps out veterans, widows, orphans of veterans in times of hardship or need,” Kitzhaber said. “I know what it's like to be in a moment of hardship when you're not expecting it and when you do get the help you need, it's just a blessing, so I’m just trying to pay it forward.”

The shows will be up through January 1.

To see their light shows and others, click here.