The last time the two soldiers saw Tony Solis was when they were loading him onto a helicopter in a combat zone in Vietnam. On Saturday, they finally reunited. 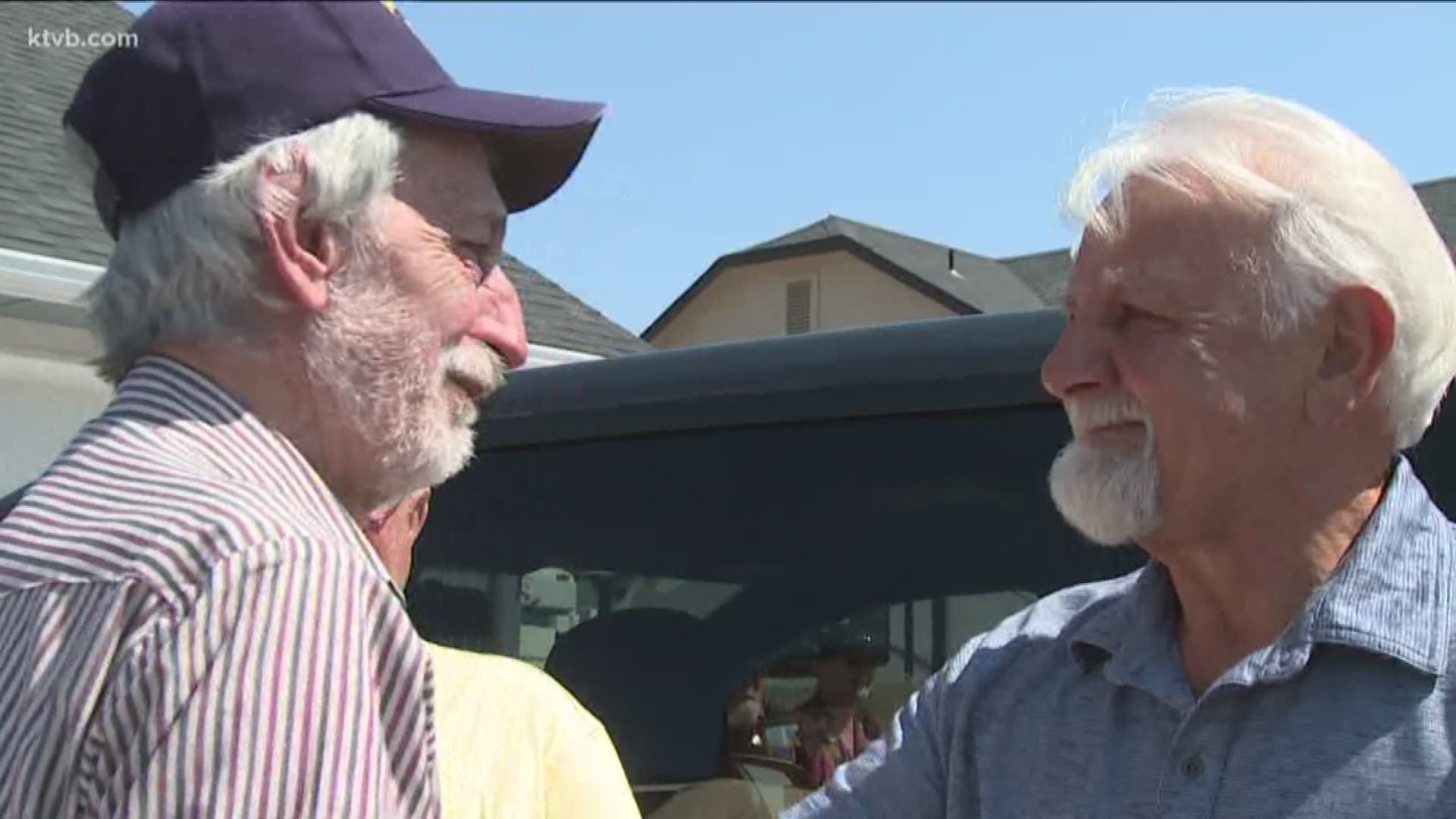 CALDWELL, Idaho — Fifty-three years after thinking one of their comrades died in Vietnam, three veterans reunited at a birthday party in Caldwell.

The moment, five decades in the making, was something Ivis Sloane and Jim Mattis never thought would happen.

"The last time I saw him we were loading him on the helicopter," Sloane said.

During the Vietnam War, Sloane and Mattis served with Tony Solis in the 4th Entry Division.

While in a combat zone, Solis was critically wounded.

"I left before and I felt guilty leaving them behind, I felt real bad," Solis said.

Both Sloane and Mattis thought Solis died that day and only found out that he survived after being reconnected online. On Saturday, Mattis and Sloane traveled from out of state to reunite with Solis after all these years during his 76th birthday.

It was a total surprise for Solis.

"I was trying to figure out who he was, I recognized Ivis right away, but Jim, no," he said.

The eventful reunion did not stop there - Solis was also awarded a Purple Heart for his service.

"You got a good family, great to be here with you Tony," Sloane said.

The Combat Veterans Motorcycle Association also joined to honor their fellow veteran with a motorcade to the birthday party.

For everyone involved, the reunion was a touching and emotional moment.