Miraculous rescue on Snake River saves a life, changes many

A life-saving experience in Twin Falls turned into a life-changing experience for a Michigan man who drowned and the local family that brought him back to life. 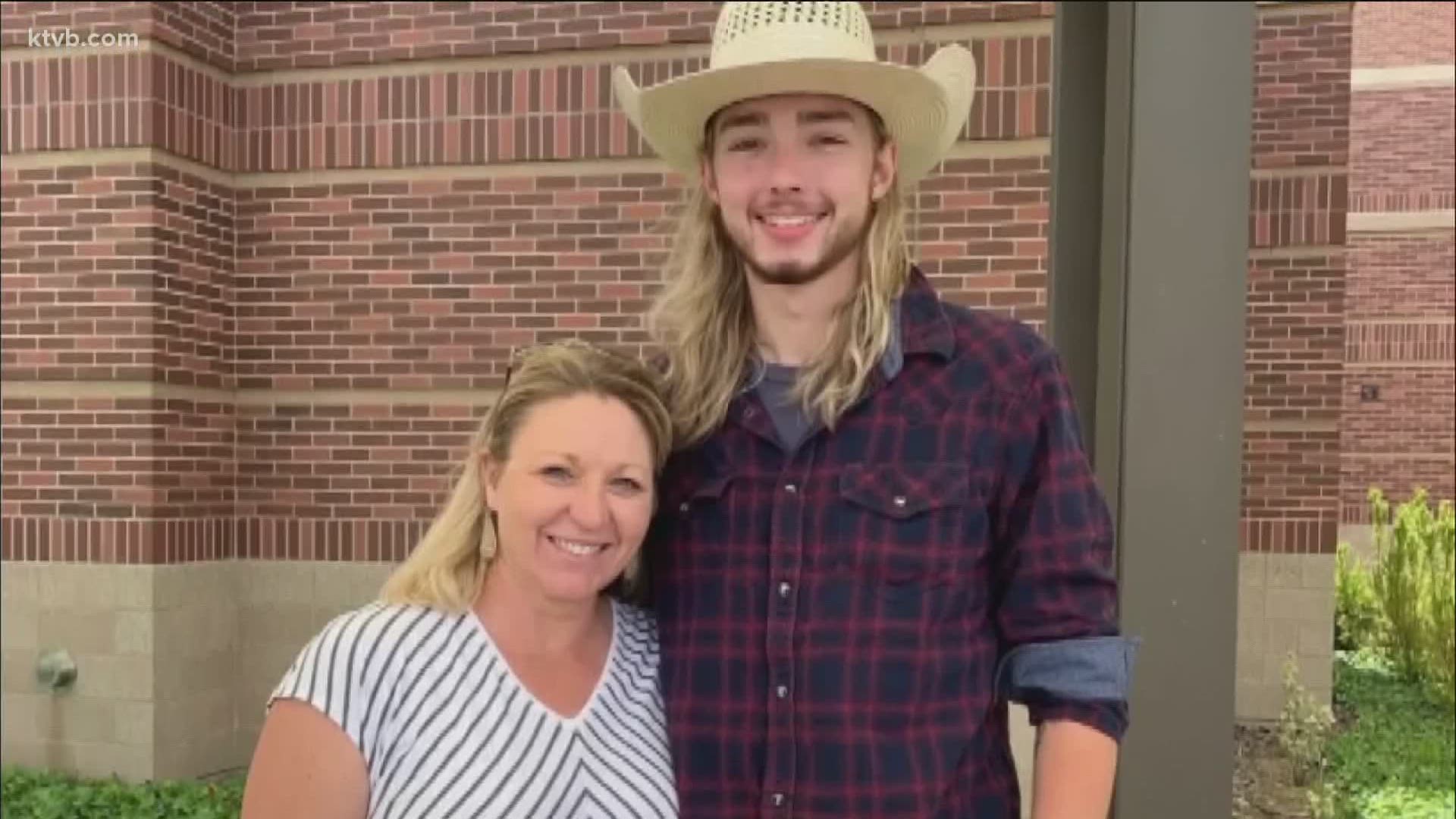 TWIN FALLS, Idaho — Rachelle Ruffing and her family spent Friday, June 19 paddle boarding on the Snake River near Pillar Falls. The goal was to take a relaxing family trip since the Mountain Home family’s dog passed away the day before.

“I looked over and the first thing that alerted me was I saw an empty kayak pop through the falls and start to sink,” Ruffing said.

The kayak belonged to Brendon Lease, an Idaho visitor from Michigan who was on a road trip with friends.

Lease stopped in Twin Falls to see Shoshone Falls, and kayak through the Snake River, but things went south for Lease after the current at Pillar Falls sucked him under until his lungs filled with water.

“About three to five minutes after the kayak came out, I saw Brendon come out,” Ruffing said. “He was face-down and all I could see was the top of his life jacket and his head was suspended under the water.”

Ruffing’s daughter’s boyfriend flipped Lease over and swam to a nearby pontoon boat.

“Brendon’s mouth was open, his eyes were open. It was very haunting,” Ruffing said. “His fingernails were blue, there was no pulse, no breath.”

A river-goer on the pontoon helped muscle Lease’s lifeless body onto the boat, where Ruffing began emergency CPR.

Another one of Ruffing’s daughters, just 13 years old, called 911 while her mother performed chest compressions and another stranger assisted with breaths.

After many minutes of deliberation, Ruffing turned Lease on his side.

He began coughing up water and taking breaths.

By this time, Twin Falls Sheriff’s deputies showed up on the scene and rushed Lease to Saint Luke’s Magic Valley Medical Center.

Although Lease was alive, Ruffing spent the night in worry. As a speech pathologist, she has seen the damaging effects of anoxic brain injuries, where the brain fails to get oxygen for a prolonged period of time.

But the next day, Ruffing received an unbelievable text from Lease’s friends.

“His friends texted me and told me that he is walking and talking,” she said. “I didn’t believe them.”

So Ruffing went to see for herself.

After helping save his life, Ruffing met Lease for the first time face-to-face.

The two could not help but hug each other.

“I feel connected to him through our souls, I just feel like I know him,” Ruffing said. “I told him you have something on this earth that you’re supposed to do, because a lot of people were put in your path to meet you for a reason, and you touched my life and I touched your life, and there’s a reason for that.”

Ruffing still keeps in touch with Lease, and calls him “Miracle Man”.

Lease posted on Facebook a few days after his near-death experience:

“Situations like this make you realize how much we don’t appreciate the smallest of things,” he wrote. “Thank everyone that had a part in this. Not only did you save my life, you’ve changed it.”

Ruffing said the experience caused her to change her outlook on life.

“It’s created a lot of soul searching for me, and one of the things that I think about is when I die, what do I want my legacy to be?” she said. “What do I want people to remember Rachelle Ruffing for? It causes you to pause and really think.”