Soldier returns from deployment, reunites with son days before his 12th birthday 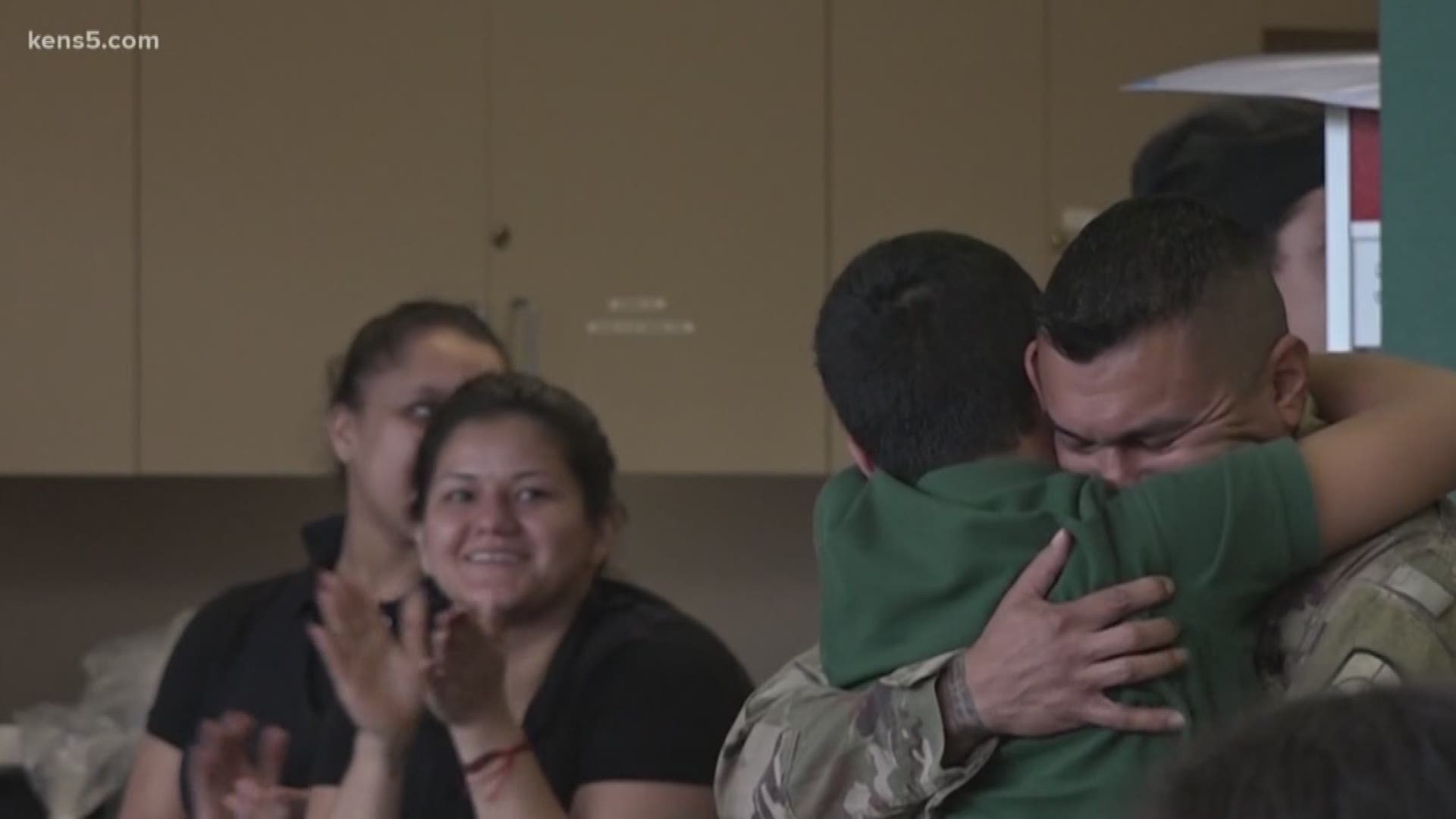 With three deployments in 18 years, Tyler is used to sharing his hero with the rest of us. When the 11-year-old saw his dad walk into the cafeteria at St. Peter Prince of Apostles School, he couldn't believe it.

"For a second I thought it was a dream," Tyler said.

Lex walked through the doors, scanning tables and chairs for his son. Tyler sat in his seat, stunned.

He ran and jumped into his dad's arms.

Tyler said it's the most exciting thing that's ever happened to him at school. It was also perfect timing; he turns 12 years old in nine days. The gift he was hoping for, it turns out, came early.

"I'm just excited that my dad's back," Tyler said.

Lex said he needed the long-overdue hug even more than his son did.

"He's everything to me," Lex said. "It feels good just to hold him. To hold a little piece of me right here. I love this kid."

With no other deployments on the calendar, Lex is looking forward to making new memories with his son in the year ahead.