“I don’t think I’ve ever cried of happiness before, but I did twice that day.” 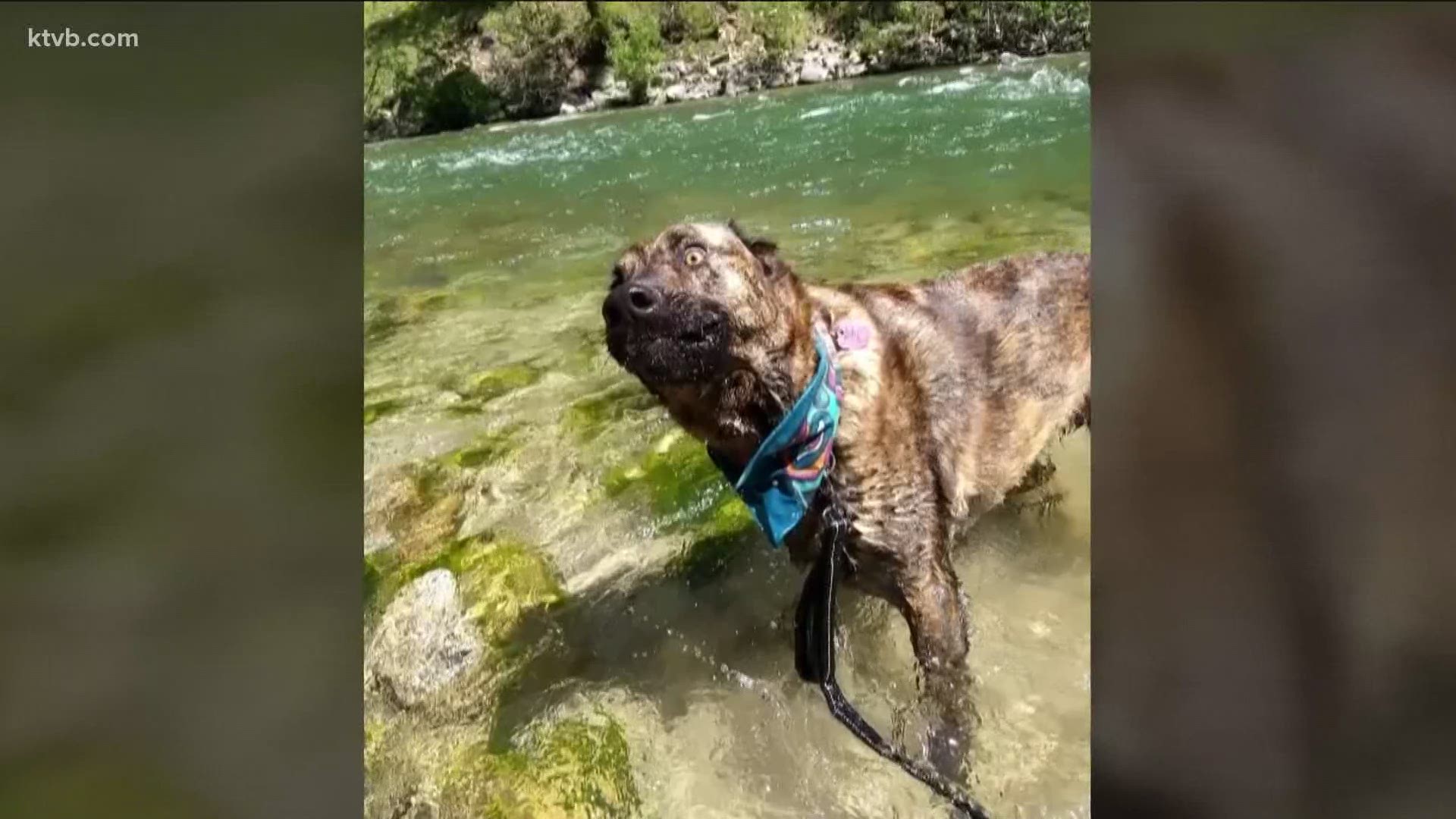 HORSESHOE BEND, IDAHO, Idaho — A Caldwell family is rejoicing after their missing dog was found trapped on a river island after a nearly two week search.

Susan Valles Clinger says she and her family knew that Beau was the dog for them as soon as they spotted him at the West Valley Humane Society two and a half years ago.

“I don’t know - he just looked at you with that special look where you knew ‘OK, this is the one,” she remembered.

The shepherd-lab mix immediately bonded with the family, accompanying them often on their adventures. So when Valles Clinger and her family headed out towards Lowman for a camping trip the weekend of July 18, it was an easy decision to bring him along.

Valles Clinger said Beau had been riding in the back of their pickup truck - something he had done many times before - when she glanced back to check on him. The dog was gone.

“It was probably the worst feeling I’ve ever felt in my life, and just the look on my son’s face – it was instant panic," she said. "You almost just don’t want to believe it, that he’s just not there."

They immediately began scouring the area for any sign of Beau, fearing the worst.

RELATED: Tips to protect your pets from the heat

Dog reunited with family in Caldwell after 12-day search

1 / 6
Susan Valles Clinger
A dog has been reunited with his family in Caldwell after ending up stranded on an island in the Payette River for 12 days.

Beau had jumped or fallen from the pickup around Horseshoe Bend, the family determined. The community quickly rallied to help, with searches of the area nearly every day.

Twelve days after he disappeared, employees of Cascade Raft and Kayak spotted Beau on an island in the middle of the Payette River, about five miles from Horseshoe Bend. Valles Clinger said the news of his rescue brought a wave of relief.

“I don’t think I’ve ever cried of happiness before, but I did twice that day," Clinger said.

Beau was back safe in his family’s arms, but was pretty beat up.

He had lost 16 pounds, and had road rash as well as a fractured joint in his ankle, requiring a tricky surgical procedure that was performed at the Idaho Humane Society.

“It was kind of a complicated surgery where they have to take bone from other parts of his body and put it in that same spot where they were going to fuse it,” Valles Clinger said.

Beau's leg will never quite be the same - he will not be able to bend it - but he will eventually be able to run on all fours again.

Recovery is expected to take about ten months. For now, Valles Clinger said, Beau is hobbling around in a splint, but it is obvious how happy he is to be home.

“He really just wants you to sit on the floor with him and cuddle," she said.