'I felt so much love': Strangers throw baby shower for newly-released Idaho inmate

The baby shower came thanks to a program that matches newly-released inmates with community mentors. 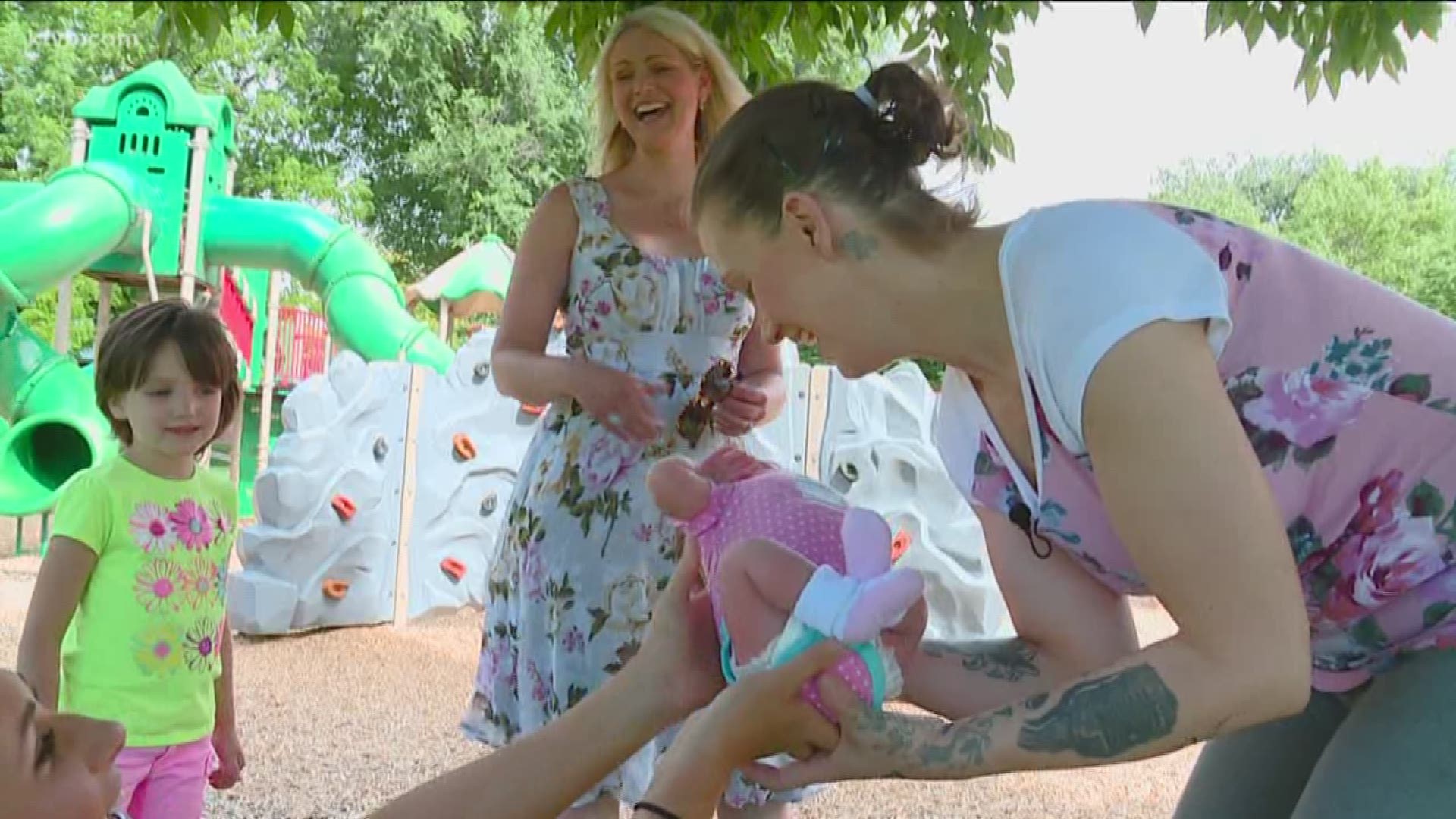 BOISE, Idaho — A program is helping former inmates turn their lives around. It's called Free2Succeed and recently one women received a big gesture of generosity because of the program.

She says it's helped boost her self-worth.

"I cried almost the whole time," said Amber Bolen, a mentee in the Free2Succeed program.

Bolen is remembering the baby shower she thought she would never have. Organized by a new friend, the guests at the shower were all strangers.

"I walked in and everyone was there and it was so overwhelmingly beautiful, so many people, and they were all clapping and cheering," Bolen said. "There were balloons everywhere, a big cake, umbrellas over the pool. It was so perfect."

The baby shower happened because Bolen is part of the Free2Succeed program, run by the Idaho Department of Correction. It matches newly-released inmates with mentors to help them land on their feet.

"So my mentee, she was 8 months pregnant when I met her," explained Katie Scott, who is mentoring Bolen through the program.

Bolen had almost nothing for the baby and Scott felt moved to help.

"It broke my heart that something we all take for granted, having a baby shower, that not one single person was there to throw her a baby shower and that's not fair," Scott said. "So I reached out to a Facebook group, a Meridian moms Facebook group, and I was met with overwhelming support."

In addition to local moms, businesses donated too - the cake, flowers, balloons, even photography.

"I felt so much love there and it just hit home because I don't have any family and these people who don't have any idea who I am, they all came together to support me, to help me, and it was really humbling and warmed my heart a lot," Bolen said.

Now that baby Acelynn has arrived, joining big sister Joselyn, Bolen says she has new found confidence being a single mother of two because of Free2Succeed and her loyal mentor.

"It's hard out here when you don't have anybody, when you get out of prison and you're scared because you're trying to do good and change, but you don't have support. That program really offers that," Bolen said. "I don't feel like I deserve it, but I'm glad for it and I appreciate [Scott] so much - it's amazing."

Bolen is now looking for a job so she can support her family of three. Scott, of course, will be helping her along the way.

Anyone can be a mentor for the program and Free2Succeed is always looking for more. Scott says being a mentor has inspired her to be a better person.