Satchel Smith lost his vehicle to flooding. He also took care of dozens of stranded customers for 32 straight hours inside a Beaumont hotel during Imelda. 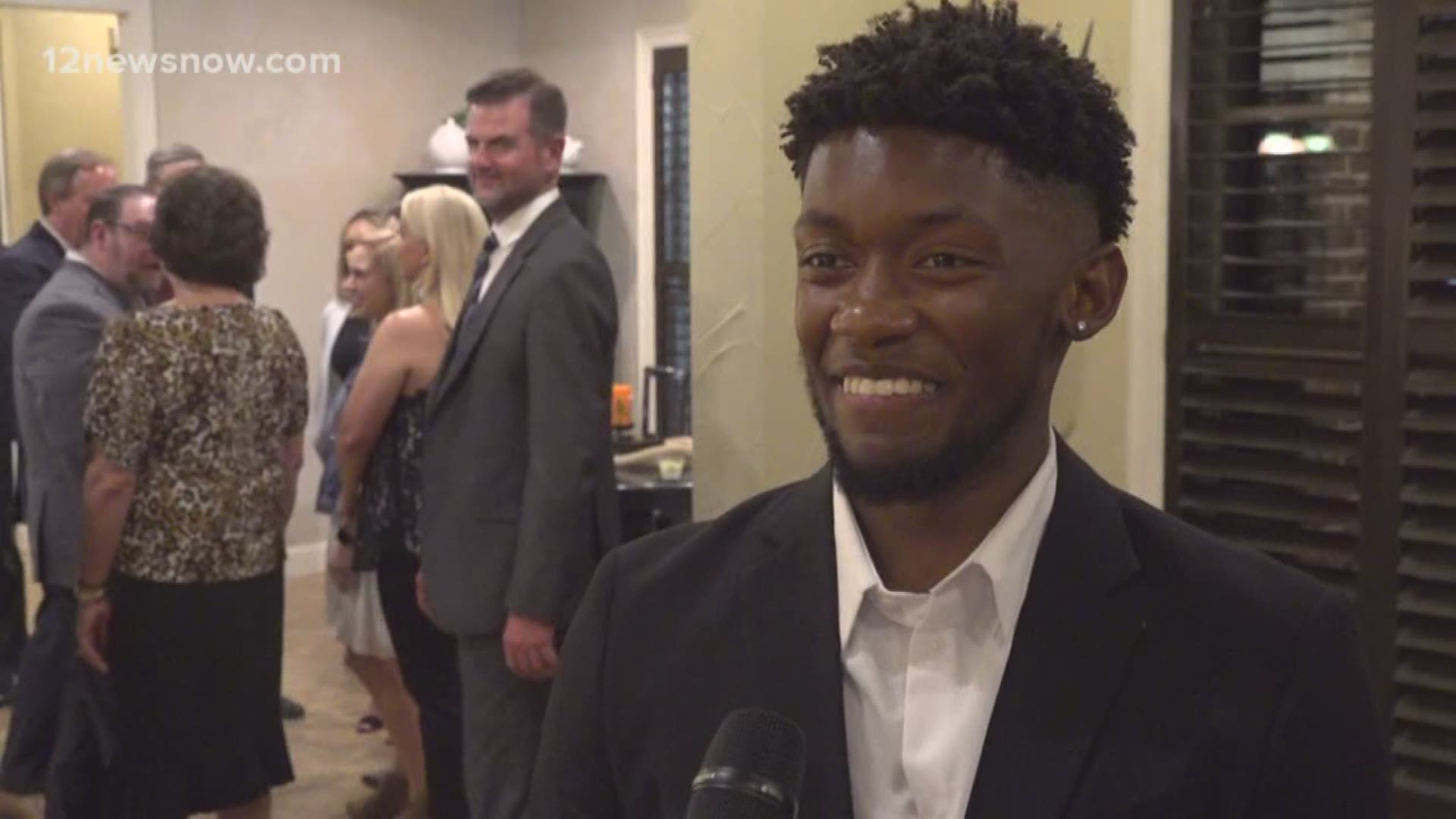 Satchel Smith, a Lamar student and track athlete, was all alone at the hotel as floodwaters rolled in.

The part-time employee smiled and went to work, taking care of dozens of stranded customers.

Smith lost his car for the second time after losing another vehicle during Harvey.

On Wednesday, Texas Senator Brandon Creighton led a ceremony at the home of Dr. Ray Callas.

He then presented Smith a proclamation from the Texas Senate as a result of his work during Imelda.

The signs of appreciation didn't stop there as Smith was surprised with a new car, a 2013 hybrid Honda Insight.

"I was very overwhelmed. I don't expect anything from what I did because I was just doing my job," said Smith.

The vehicle came from the dealership of Senator Creighton's brother.

Paxton's office is working to investigate price gouging allegations in the area.