Dr. Matthew Cox took his hobby of making soap and turned it into a fundraiser to raise money to buy suitcases for kids who are going into the foster care system. 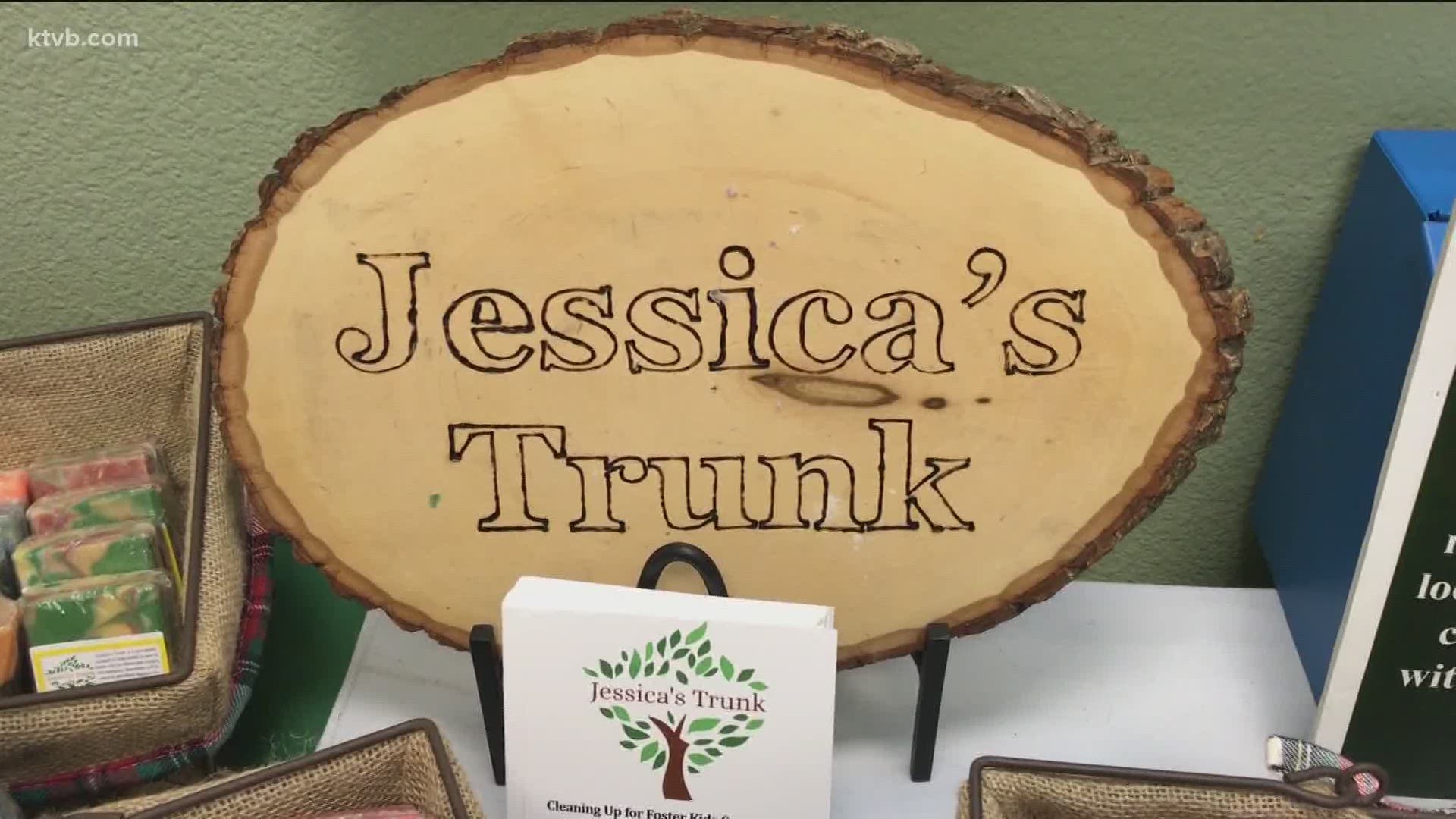 BOISE, Idaho — Every day children across the county are put into foster care for a variety of reasons. Many of those enter the system with only a few belongings and whatever they're able to carry in a trash bag. Which is why, Dr. Matthew Cox, a child-abuse pediatrician and the medical director of St. Luke's Children at Risk Evaluation Services (CARES) started a non-profit to change that.

“They've been through some type of trauma, be that physical abuse or severe neglect or exposure to drugs or a toxic environment, so they've had a rough life to begin with and now they're having to go live with strangers,” Cox explained. “This is a little way to give them joy on a very difficult day.”

Cox and his spouse, Jason, started non-profit organization Jessica's Trunk with the idea that children heading into foster care can have luggage of their very own. Something they can put their few belongings in and carry with pride as they head into the foster care system.

They named the non-profit after Jason’s sister who passed away.

“Jessica's Trunk started because my spouse and I both work in an area of kids who have been abused or neglected and we realized this was a need,” Cox said.

Through the CARES program, donors have also given clothes, blankets, toys and personal hygiene products like a toothbrush and shampoo to children so they can put it into their suitcase.

“Kids that are taken out of their homes sometimes have no clothes that they leave with,” Cox said. “and it's things they haven’t  had recently or ever potentially, so it's just the joy on their faces as they wheel out of the office with a bag of their very own, it just makes a big impact both on them, but all of the professionals.”

In just the last year, the couple has raised $1,700 for Jessica’s Trunk, and they've done it in a unique way. They’re making and then selling soap in a campaign called ‘Cleaning Up for Foster Kids.'

Cox sells the soap for donations and then all of the money raised goes toward buying suitcases. In just the last seven months, Cox told KTVB they've given out 42 suitcases.

“Helping these kids is really what keeps me doing what I do on a daily basis,” Cox said. “It's hard to work with kids that have been traumatized. Everyone I know who does this kind of work has good days and bad days and we long for the good days but unfortunately, the bad ones are more common. Having a brief moment of a smile on a bad day can make all the difference and hopefully that's what we're able to provide.”