'I think we have seen every single reaction': Boise mother and her twin boys give away free flowers to make people's day

During this overwhelming and emotional time, Rochelle Adams and her nine-year-old twins have started the Free Flower Project in hopes of making people smile. 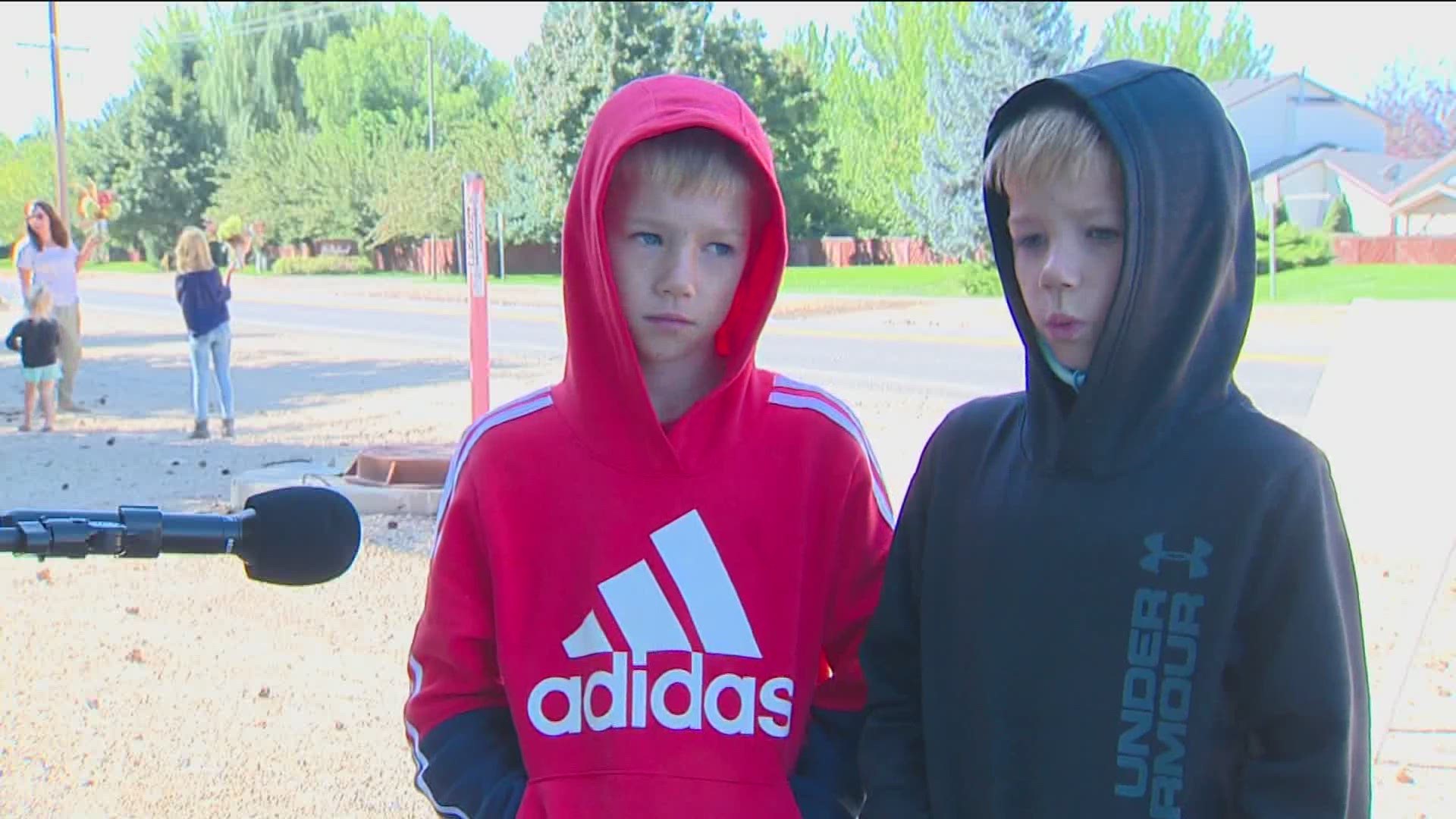 BOISE, Idaho — In the whirlwind year that has been 2020, no small gesture goes unnoticed.

One local woman and her nine-year-old twin boys no how far a random act of kindness can go amid an extremely difficult year. For the past several weeks, they have been giving away free flower bouquets to strangers.

The giveaway, currently known as the Free Flower Project, began when Rochelle Adams planted an abundance of flowers in her garden when Idaho's stay at home order was implemented.

She decided to ask her boys to think of creative ways to use the flowers. They started handing them out to neighbors and people they knew. Once they had given bouquets to just about everyone close to them, the boys came up with the idea to give them away to people.

With the help of some friends, Adams and the boys made 30 flower bouquets in one night for the giveaway.

The response to the deed was extremely impactful, according to Adams.

"We were 15 minutes into our first giveaway and we knew just based on the impact that we'd seen in the first 15 minutes that this is going to be a normal thing now," Adams said.

Every weekend, Adams and her boys cut flowers from their garden on Saturday. She then prepares them so her friends can join her and help make them into bouquets on Saturday night. Sunday morning is when the giveaway occurs.

Last weekend, Adams had a houseful of volunteers making bouquets and signs for the giveaway. They were able to make 55 bouquets before the next giveaway.

The Free Flower Project has had a range of reactions from people receiving the bouquets.

"A couple of ladies had stopped for flowers and just had a death in the family. That was emotional."

As previously mentioned, it was Adam's nine-year-old twins who came up with the idea to brighten people's day with flowers. They have been just as surprised by the response they've received as she has.

"I've seen some happy tears come from them and I've seen jumping up and down like, 'Oh, we just made their day!'" Adams said. "Even if I didn't say, 'Yeah, let's keep this going,' they would be forcing me to keep this going. They've loved so much seeing everybody's reactions and they'd probably tell you about it themselves."

Adams and her boys have every intention of continuing the giveaways until the weather prevents them from growing more. However, they are seeking donations of glass jars, cut flowers, seeds, bulbs and tubers.

They have yet to secure a designated drop-off location for donations, but you can visit the Free Flower Project website to contact Adams about any donations you would like to make.