Members of the College of Idaho basketball team were on hand to shoot a game of hoops with the kids who live at Hope House. 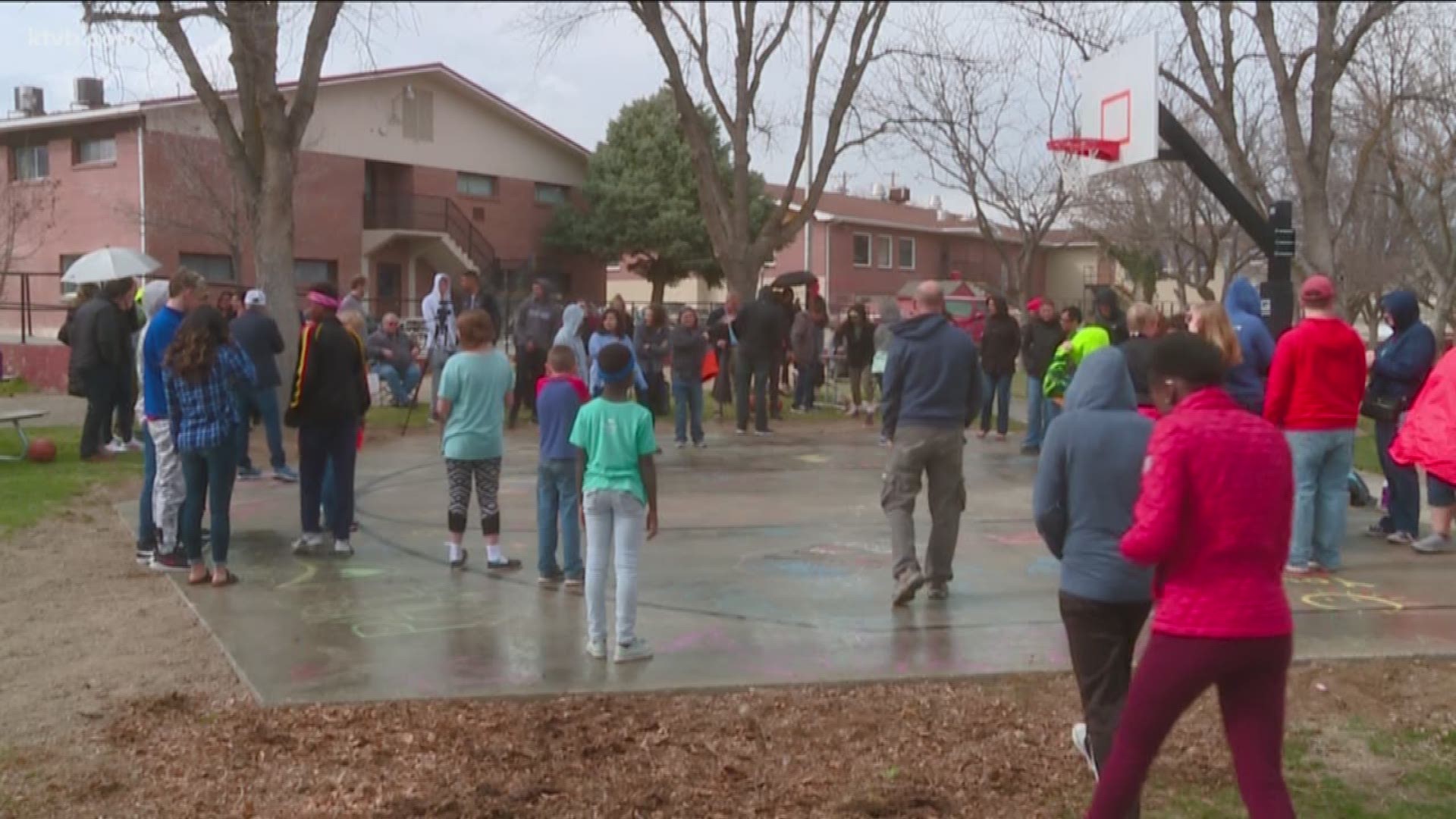 MARSING, Idaho — Children who live at a group home in Marsing have a new space where they can exercise and have fun after school and on weekends.

Community members gathered Tuesday afternoon at Hope House to officially unveil a new basketball court that was made possible thanks to a charity called "BACON for Hope" and many generous donors.

The nonprofit is the charity arm of BACON restaurant in Boise, and is headed up by College of Idaho basketball star Gibson Berryhill.

At Tuesday's event, Berryhill and his teammates took to the court to shoot some hoops with the kids.

The new basketball court is just the start. Plans are in the works to renovate the park at Hope House with several amenities like a gazebo, renovating the volleyball court and more.

"The goal is to give them a place to hang out," Berryhill said. "It's tough at a place like this when you are sometimes short on staff. There's not a lot of places where the kids can run free and this park is one of them, so we just want to continue to enhance this park."

Berryhill added that he would like to start a couple programs "that will be educational and empowering for the kids."

If you would like to help out BACON for Hope and the kids at Hope House, a GoFundMe page has been set up to take donations.