“If we plant a tree, we are four to five years in before we have a new crop.”

CALDWELL, Idaho — Consumer preferences have always played a factor in the apple business, said Chad Henggeler, field manager for Henggeler Packing Company, but he has seen even more frequent preference changes over the last five years that have made it difficult to keep up.

The Idaho Press reports Henggeler Packing Company grows nine types of apples on its farm in Fruitland, but the orchard has been facing some unique challenges growing apples in Idaho, Henggeler said.

“We are having to remove older orchards and varieties as the preferences change and we have seen the development of new varieties increase over the last decade or five years,” Henggeler said. “There are a lot of choices out there for varieties of apples.”

The rapid change in consumer preferences makes it hard on the apple grower, Henggeler said, since apple growing is a long-term project.

Henggeler admitted he has had to remove some older varieties of apples from the orchard his family owns.

“It is part of the business,” he said. “We have experienced it over the life of these family farms, but it has been significant and it makes it pretty difficult.”

In 2018, the New York Times reported the demand for Red Delicious apples is falling. Red Delicious was most popular in the mid-20th century, but has seen a decline in the last few years.

Esmaeil Fallahi, professor and director of Pomology and Viticulture at University of Idaho, said consumer preferences do impact the apple industry, but he sees the problem in the fruit and vegetable industry on a global level. He said in the U.S. fruit and vegetables are produced cleanly and safely and the industry aims to maintain a decent minimum wage. He said with all of these expenses, the fruit market is not increasing as much as growers need it to.

“All together these contradictions don’t mix,” Fallahi said. “High regulations, safe food just don’t compete with other countries that are producing huge amounts of fruit with cheap labor.”

Henggeler also said that newer varieties of apples, like the Cosmic Crisp, do better in cooler, maritime climates and struggle during Idaho’s hot summers.

Henggeler said grocery stores have space on their shelves dedicated to apple varieties, like Cosmic Crisp, that can only be grown in Washington. Idaho farmers are then battling for the limited space they can fill in grocery stores with their apples.

RELATED: Inside WSU's creation of the Cosmic Crisp apple 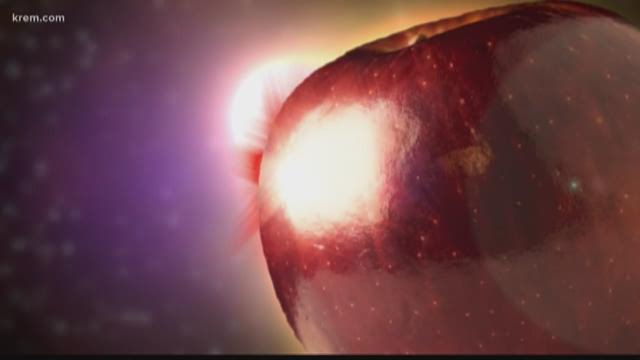 Fallahi said he thinks a lot of the popularity around Cosmic Crisp is because of the advertising dollars spent on them.

He said that the Washington apple “should not affect us too much because there are so many choices in the market.”

For example, Fallahi said “We produce the best Fuji apples in the world.”

Smaller farms like Cabalo’s Orchard and Gardens have a different business model. They sell directly to the consumer, instead of the grocery stores.

Cathy Cabalo, who co-owns the 10-acre farm in Kuna, said they grow 12 varieties of apples, but don’t face the same battles as larger orchards.

Cabalo’s Orchard and Gardens runs from late spring through October and sells its fruits and vegetables from the farm. They also offer a “u-pick” option for customers to pick their own blackberries, apples and pumpkins.

“We have been getting hotter over the last few years,” Henggeler said. “Especially in the early fall, like early September, it gets a lot warmer than when my grandfather was farming.”

According to data from the National Oceanic and Atmospheric Administration, the Boise area has recorded above-average temperatures from June to August since 2015.

Last year, the “normal temperature range” for the Boise area in June was about 51 to 76 degrees, and the average recorded temperatures were from the 60 to 90 degree range. 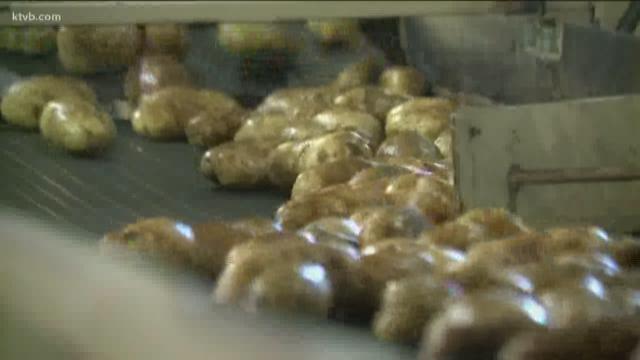 Henggeler, who is also a co-owner of Lakeview Fruit, a fruit stand in Caldwell, said his farm has been moving toward growing more cherries, peaches and plums, as apples seem to be less promising.

Fallahi has a more positive outlook on Idaho’s changing climate. He said with Idaho’s warmer summers, growers in the state are able to grow crops here that they couldn’t grow before.

Fallahi said he would argue that Idaho’s warm temperatures are increasing in small amounts, but that the overall climate is becoming more unpredictable.

“A half of a degree or so is not going to create a worse quality apple, but the thing is, in the past we have had more gradual temperature changes, and lately we have seen temperatures drop suddenly,” Fallahi said.

He said that the main climate problem in Idaho is climate uncertainty.