The suit was brought forward Tuesday morning against Nurture Inc, the maker of Happy Tot baby food bars and meals. 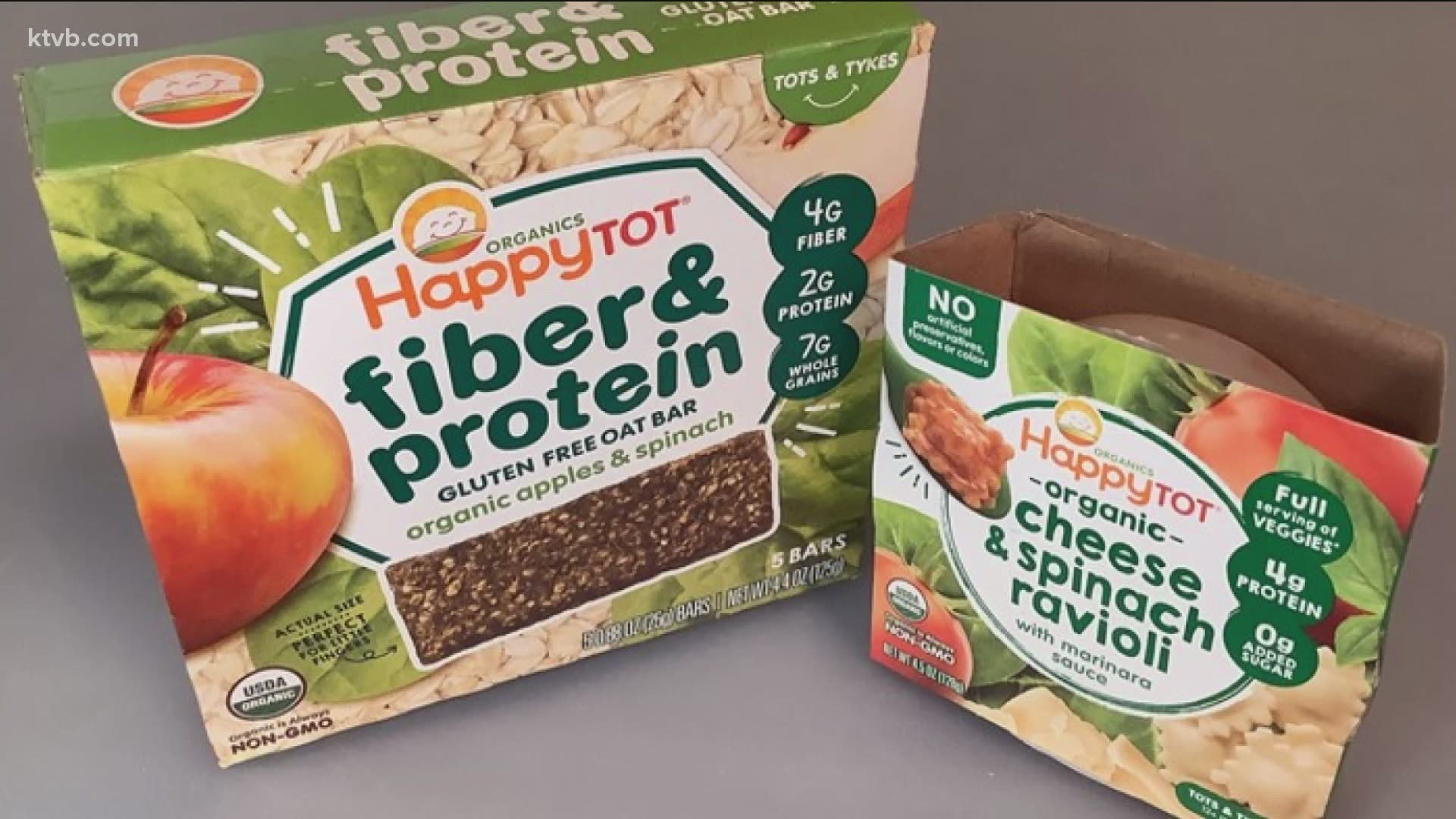 BOISE, Idaho — A Boise-based baby food maker is facing a lawsuit after being accused of allowing potentially dangerous levels of lead to infiltrate their organic food products.

National health experts have concluded that lead levels in baby food shouldn't exceed one part per billion, but a February 2021 congressional report found that almost 20 percent of Happy Family Organics' finished baby food products contained lead in excess of 10 parts per billion. Some products tested as high as 641 ppb, according to attorneys.

According to the lawsuit, one serving of Happy Tot cheese and spinach ravioli contains more than 12 times the maximum amount of lead a child can be exposed to in one day.

Lead poisoning can cause developmental delays, stunted growth, hearing loss and seizures in children is believed to be linked to certain kinds of cancers.

“Let’s be clear: No amount of lead is safe for a child to consume, although low levels are allowed by law due to naturally occurring lead in the soil,” Dubey said. “Not warning parents of dangerous lead levels is a violation of California law, but it’s really a human rights violation. A baby food company should know lead hurts children and should never sell a product with this much lead.”

A request for comment at the company's Front Street office was not immediately returned Tuesday.