. A lot of people said we had to go to Steve's Cafe and try the huckleberry pancakes or huckleberry stuffed French toast. 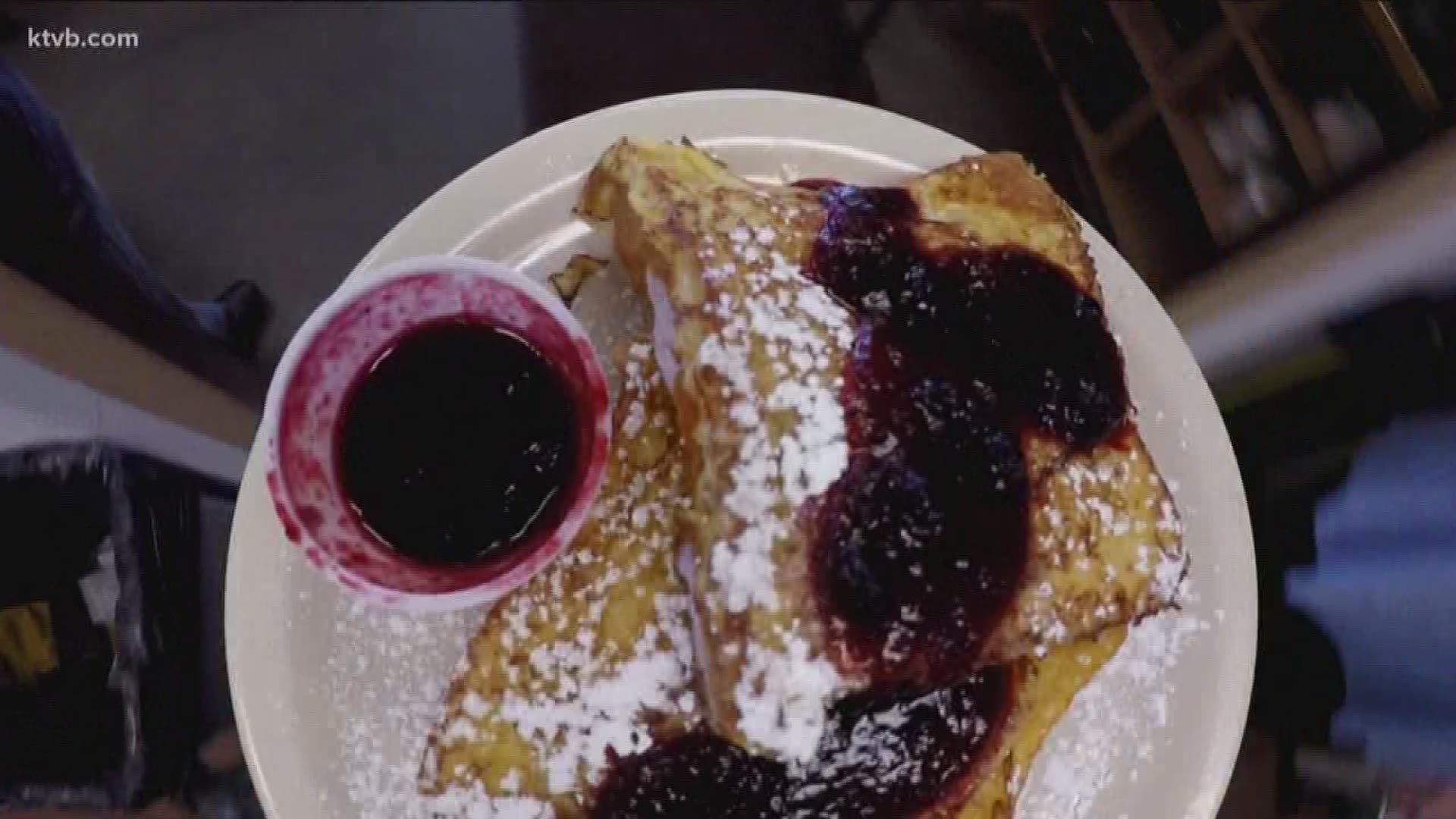 All this week on Today's Morning News we're featuring the best breakfasts around the Treasure Valley as recommended by you, our viewers.

On Facebook, we asked you to let us know your favorite dish. A lot of people said we had to go to Steve's Cafe and try the huckleberry pancakes or huckleberry stuffed French toast. So, we took your advice and headed to Meridian.

Steve's Cafe has been at its location on Fairview Avenue between Eagle Road and Locust Grove Road for more than five years now.

"We want our customers to come and enjoy themselves with their family and friends, have a nice, casual meal, enjoy our exceptional food, our friendly service," said manager Terri Haeckl. "We have an exceptional crew in the kitchen. They really just concentrate and put that food out very nicely."

Haeckl described how the huckleberry stuffed French toast is made. She said the stuffing is a Ricotta and cream cheese blend with huckleberries in it. They use Pullman thick-cut bread.
"We slice the bread down the center, we stuff it full of a lot of that cream cheese and Ricotta stuffing, dip it in the egg wash, put it on the grill, and it's served with a side of home made huckleberry syrup," said Haeckl.

A customer named Chelsee gave the breakfast a thumbs up and simply said, "That's amazing!"
KTVB's Doug Petcash tried them, too, and gave them two thumbs up.

Click here for more information on Steve's Cafe in Meridian.