Boise dog is a star on social media, attracting followers and fans from all over the world

Yellow lab Gus Riggins has built quite the following on Instagram. The Boise dog recently became a big brother to a baby boy, and they are attracting attention. 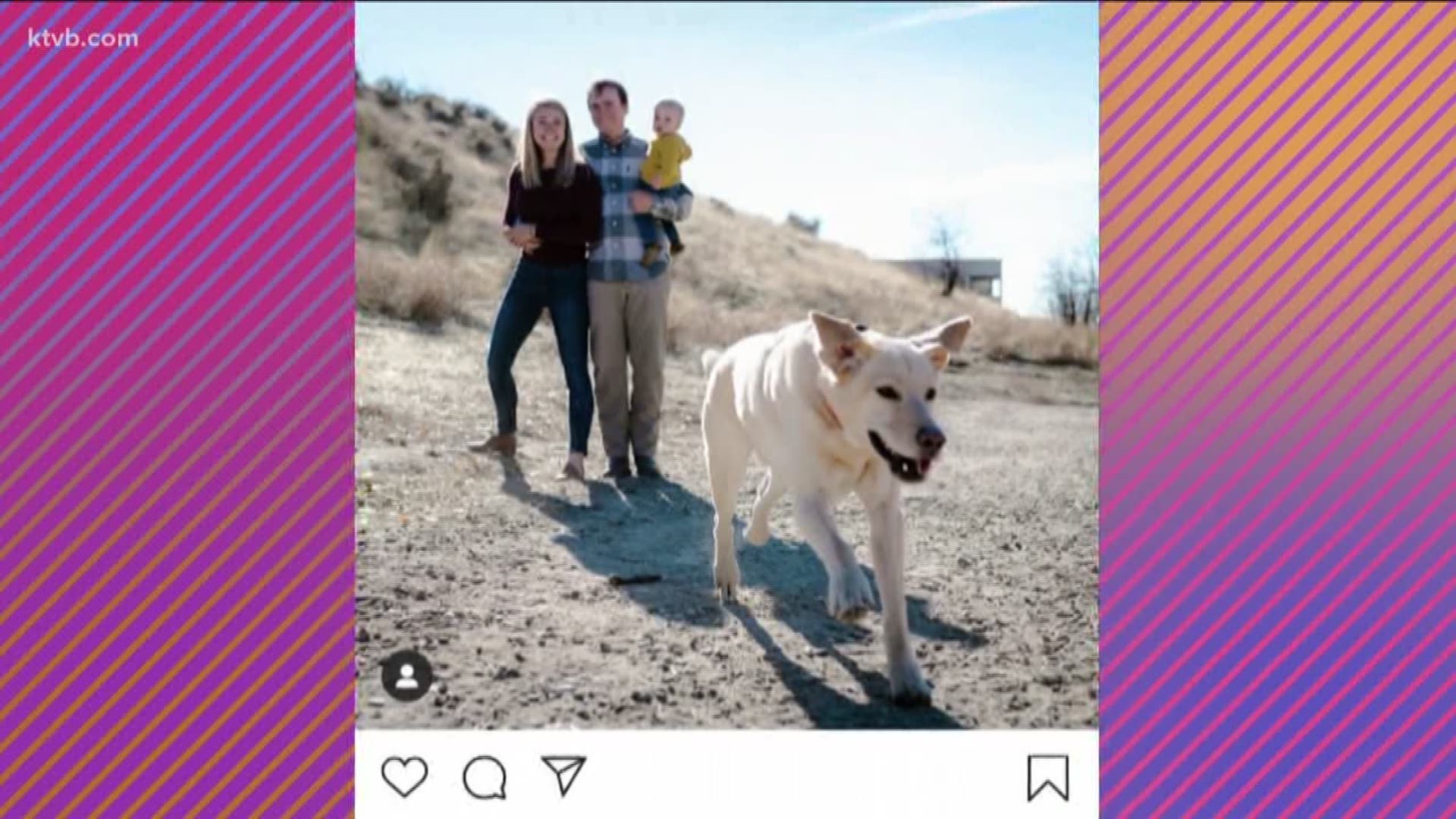 BOISE, Idaho — This week's Treasure Valley Instagram Star is a dog. Yes, a dog. Gus Riggins is a golden lab from Boise, and he has his own Instagram account.

He goes on a lot of adventures in Idaho's great outdoors, and he recently became a big brother too, to a human baby. His mom, Jillian Moroney of Boise, says she started the for friends, but it's blown up. Now Gus has followers all over the place.

"When we adopted Gus, I said I'm not going to be one of those people who posts pictures of their dog all the time, people aren't interested in that kind of stuff. So to not torture my friends, I created a separate account from my personal one that was just Gus photos," said Jillian Moroney, Gus's mom.

Moroney had no idea the account she created for her dog would be so popular. This golden lab has to 9000 people following his every move.

"He has followers all over the world, it's fantastic, it's a really cool community. I think it's because Gus is beautiful, and we take him to all sorts of beautiful places. Idaho is an amazing state and we have lots of public lands, and we try to get out and see it all. Gus comes with us! He fishes, he hunts with us, we take him everywhere with us," said Moroney

Gus recently became a big brother to a human baby boy! Jillian and her husband Owen welcomed little Reed into the family. Gus and Reed are inseparable.

"Reed's a big part of Gus's life, so on Instagram we bring Reed into it, and I think people are interested because we do a lot of things with both Gus and Reed. Reed is hilarious because he's like a human/dog cross right now. He's learning from Gus. If we are hiking on the trails, he's sniffing what Gus is sniffing, if he's rolling in the grass, Reed is rolling in the grass, if he's eating the grass, Reed is eating the grass. I find myself not only policing a dog, but a dog/boy hybrid!" said Moroney.

Moroney says Gus has no idea he's such a social media superstar. Sometimes he even gets recognized out and about!

"There was a woman from Chicago who took a road trip to Idaho because she saw Gus's account, and we were randomly hiking and she was like, is that Gus Riggins? He's the reason I am in Idaho! It's just a cool thing to get connected and showcase Idaho in a positive light."

Gus's family knows he's a special dog, and they love sharing him with .

"We call him a once in a lifetime dog, and he really is. I don't think we'll ever have another dog as good as Gus."