The Oregon Zoo had to relocate 44 condors from its breeding facility in Clackamas County after being placed under an evacuation order due to wildfires. 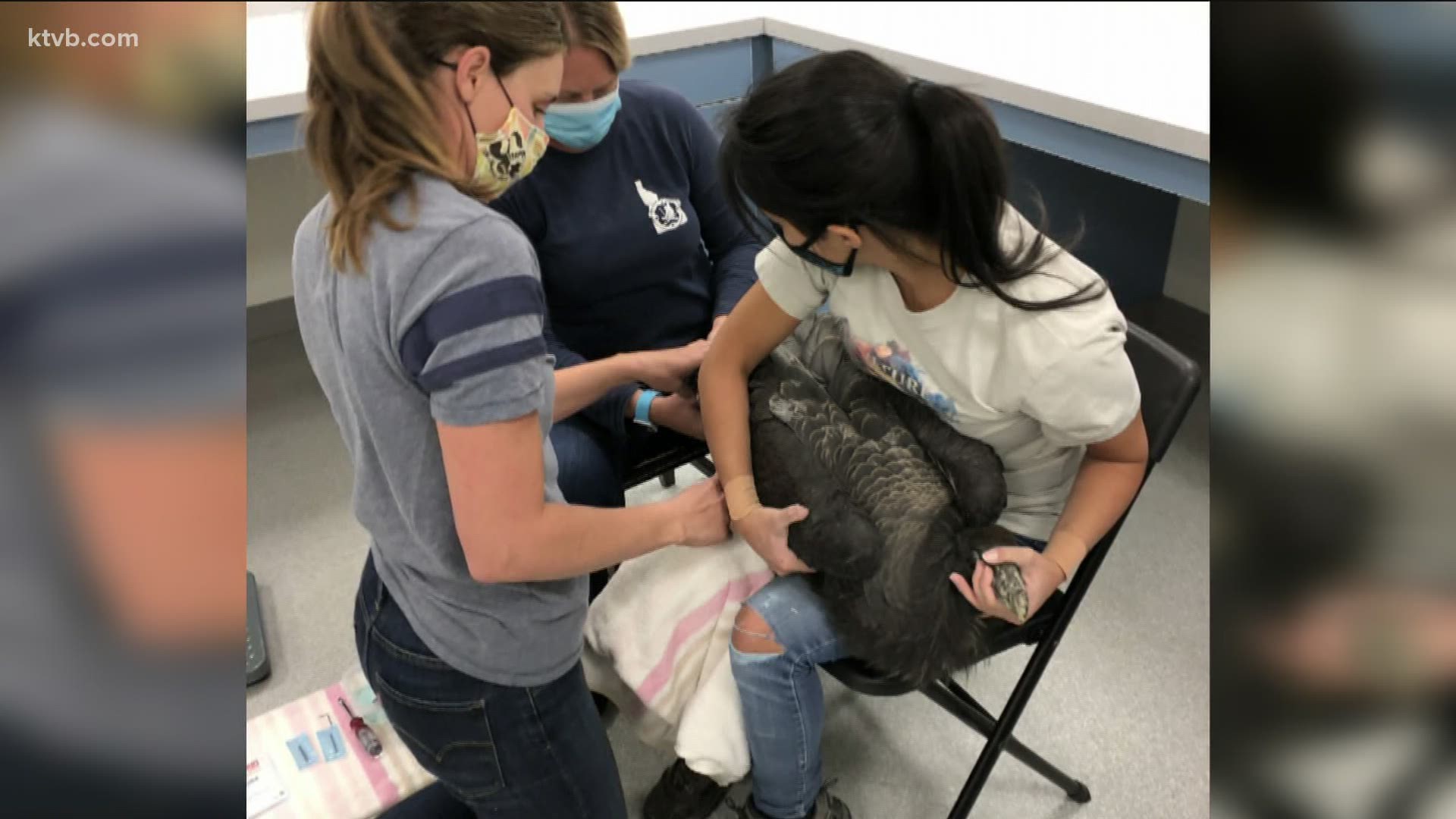 BOISE, Idaho — Late Monday night, the Peregrine Fund’s World Center for Birds of Prey in Boise took in 26 Californian Condors that had to be relocated due to the wildfires that are raging in Oregon.

The center began preparing for the possibility of the 44 condors from the Oregon Zoo's breeding facility in Clackamas County on Thursday, according to a spokesperson for the Birds of Prey. Oregon Zoo crews delivered the condors, which includes 13 adults, 6 younger birds ready for release, and 7 hatch-year birds, late Monday night.

"The center’s condor propagation experts will be providing around-the-clock care to the older birds and will carefully finish rearing the two nestlings that hatched in Oregon this spring but had not yet fledged their nests when evacuation became necessary," an official said in a statement.

The other 18 condors from the breeding facility were taken to the Portland Zoo.

The World Center for Birds of Prey houses the largest breeding flock of Californian Condors with 45 individuals, according to officials.

Californian Condors went nearly extinct in the 1980s when there were only about 20 individuals left in the wild. There are now about 500 condors that call parts of the American Southwest and Mexico.