It appears the bison are the same two that escaped their South Hill home and wandered through Underhill Park in late July. 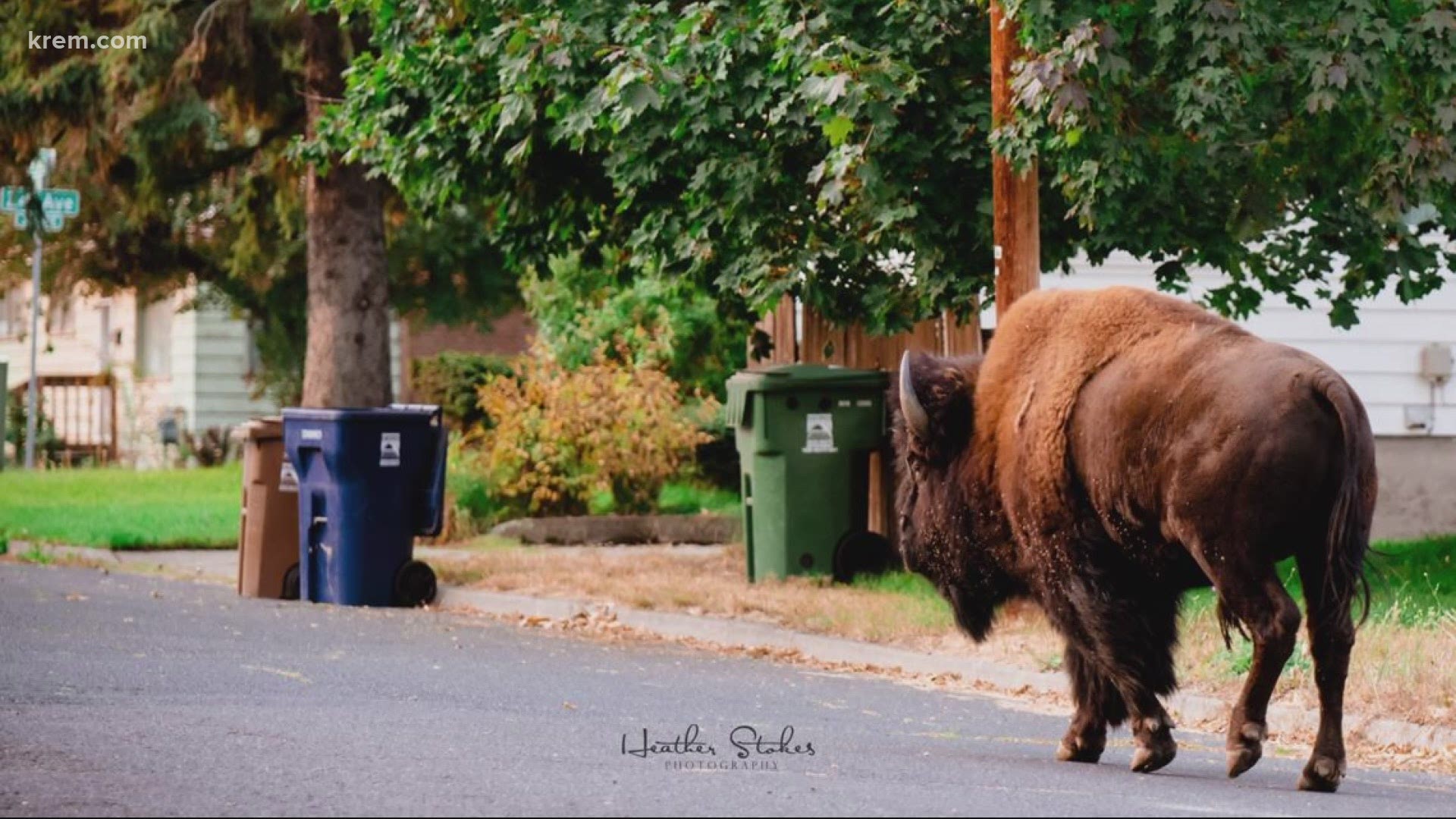 SPOKANE, Wash. — Two bison were spotted roaming the South Hill on Thursday. It's the second time these large critters have escaped from their home this year.

Laura Cabe, who lives on the South Hill, shared a photo and video of the bison wandering past her home on 22nd Avenue and Freya Street.

Spokane police received a call about the bison around 8:45 a.m. on Thursday and officers called the owners to pick them up, Sgt. Terry Preuninger said.

Heather Stokes, a local photographer who snapped photos of the bison, said their owners brought them back home. Spokane police have yet to confirm this information with the owner.

Note: The video below is RAW footage from Laura Cabe that contains profanity. 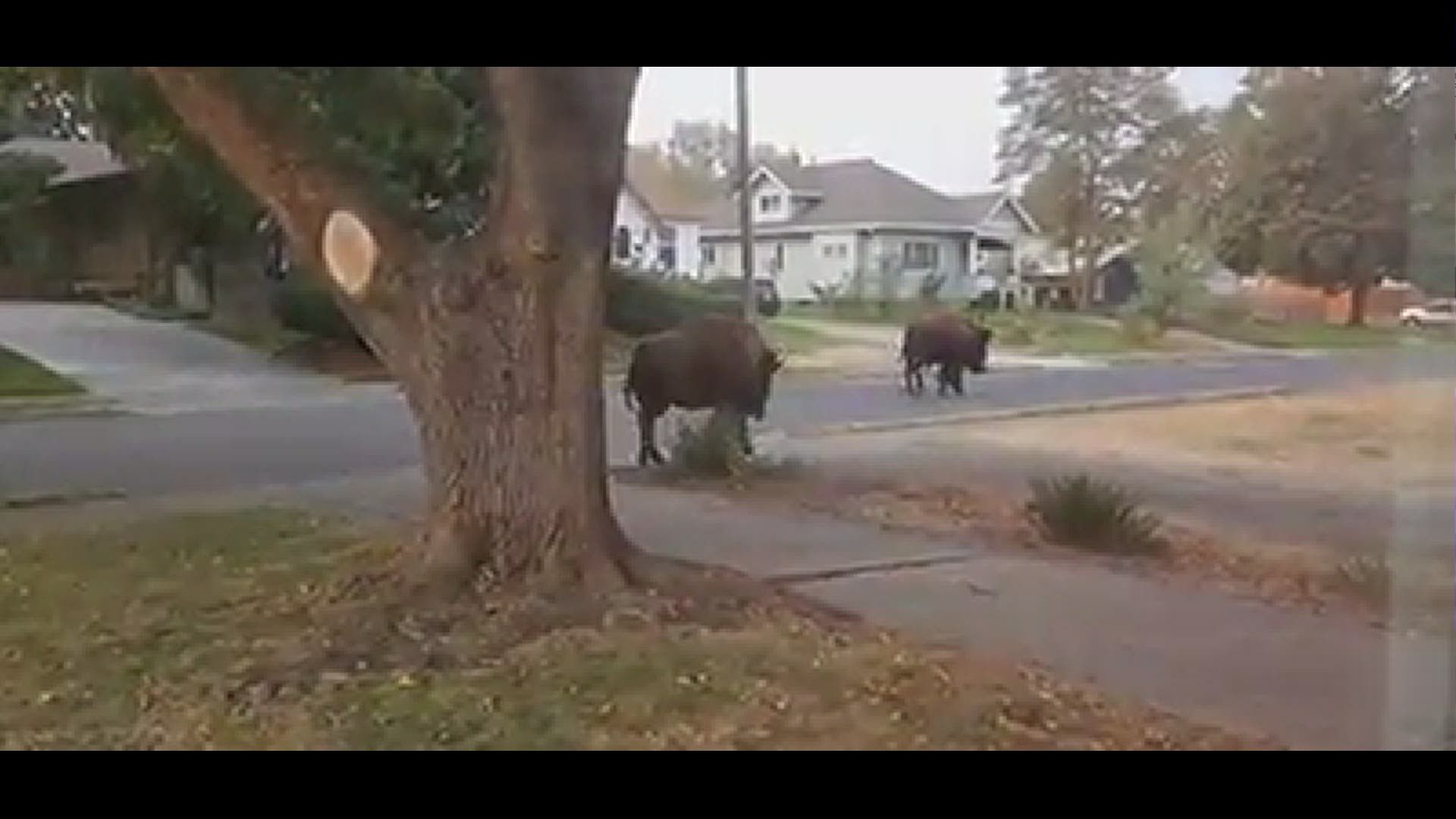 Note: This video is from KREM 2 viewer, Mizu Howell who took this around 9:00 a.m. on the South Hill. 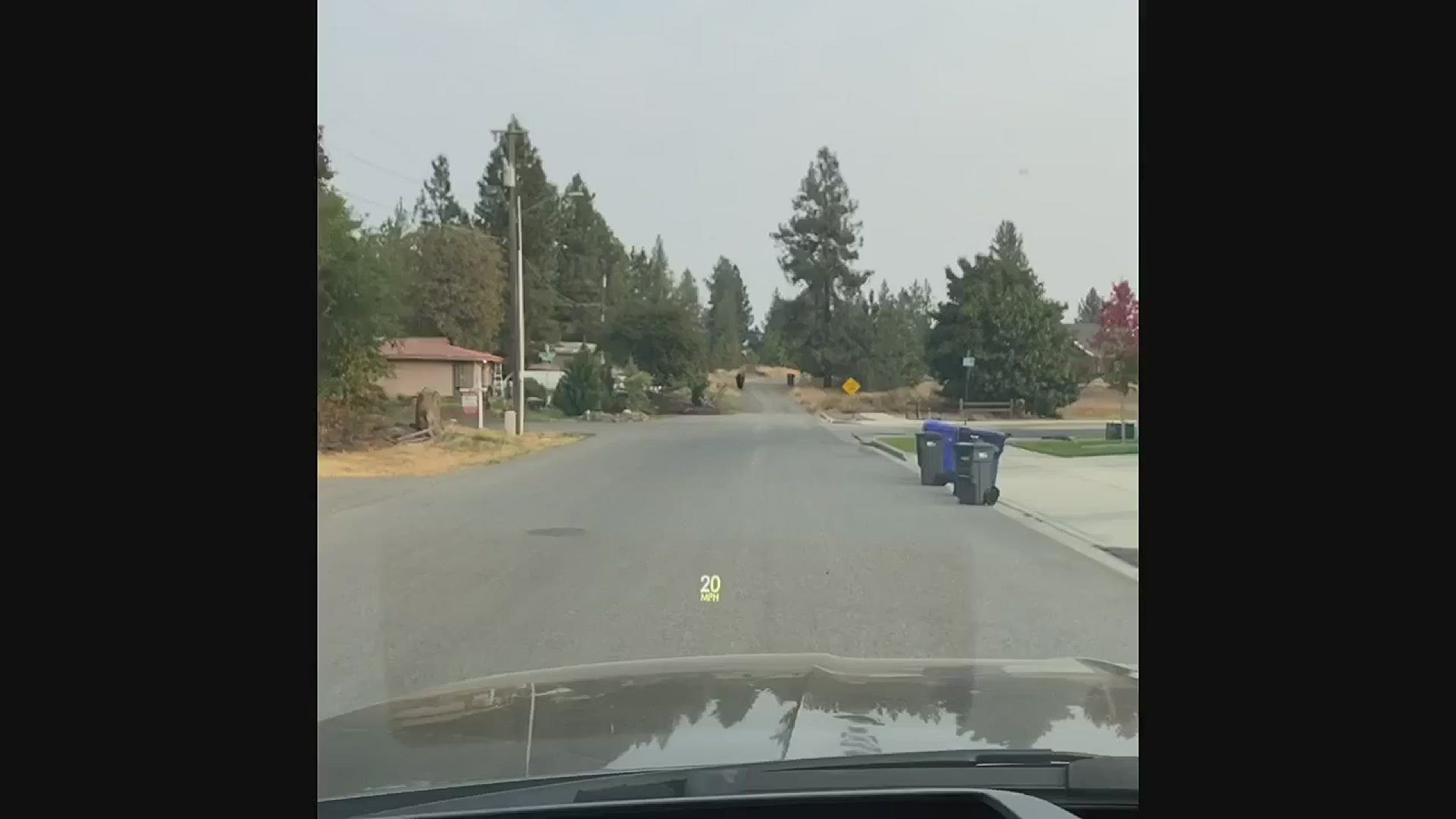 The bison are the same two that escaped their South Hill home and wandered through a local park in late July.

Hazel, weighing in at 1,300 pounds, and 1,700-pound Baxter crossed Freya and Thor Streets in their odyssey to Underhill Park. Police attempted to steer them to the park in order to corral them.

The owner of the bison and a local wrangler responded to the location and set up a trailer to corral the bison, Preuninger said. The low-speed chase lasted for about two hours.

No bison or people were injured, and no damages were reported.

This isn't the first time a strange animal has gotten loose in the Inland Northwest.

In September 2007, a zebra named 'Zeek' got loose from a ranch on the South Hill and drew a crowd at a park on South Regal Street.

A wallaroo named 'Hopkins' went missing in Deer Park in August 2013. His owner said a loud noise scared him away. He was missing for nearly a month. He was later captured in the owner's neighbor's garden.