Some pets surrendered to shelters because of housing and affordability issues

Since January, around 20% of owner surrenders at the Idaho Humane Society have been because of people moving. 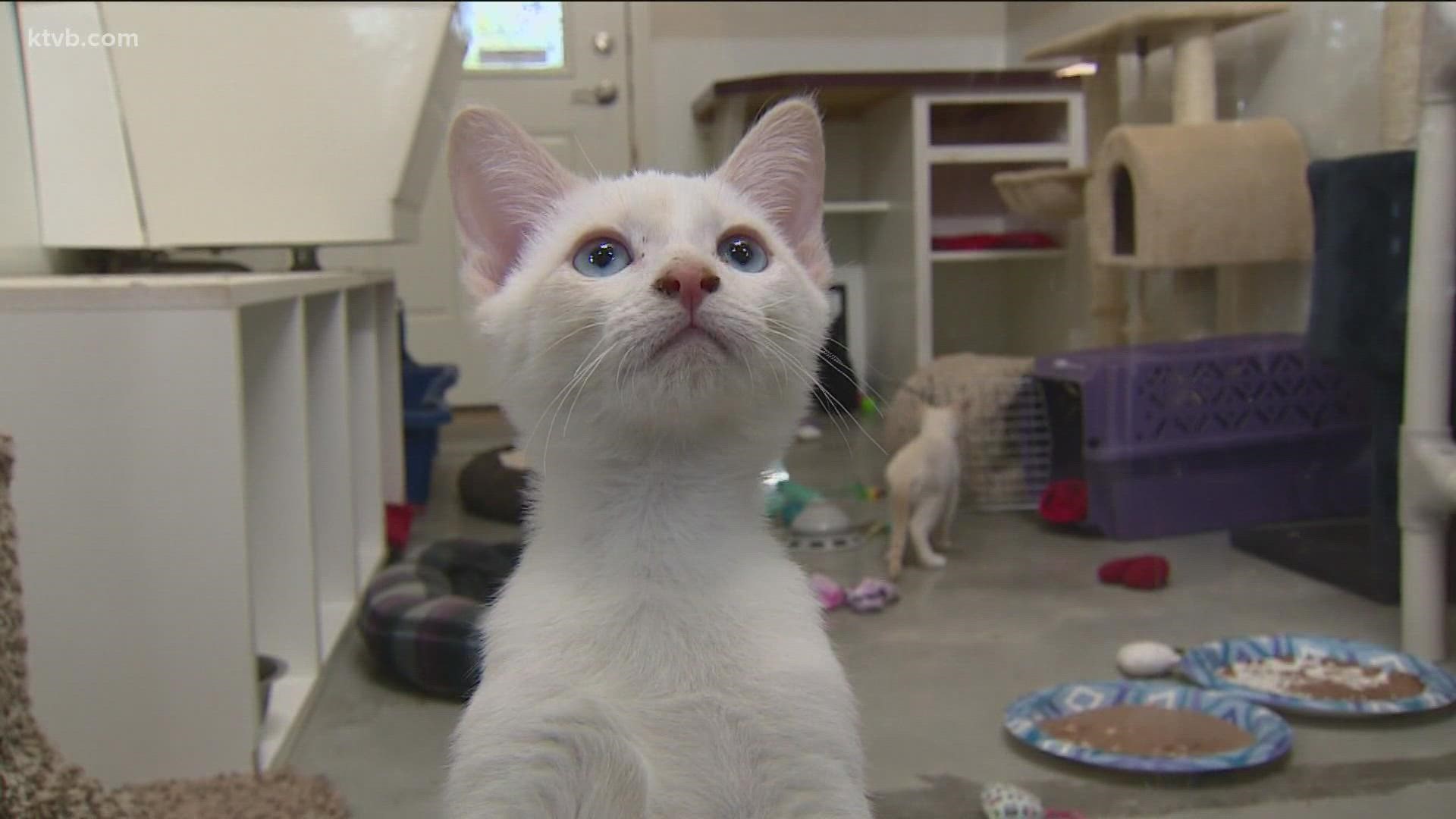 Hanzo, a mostly white dog with one eye, had his forever home until his owner became homeless. He was surrendered to the Idaho Humane Society on July 20. The same thing happened with Harlow and Taitai, two 9 1/2-year-old cats surrendered to Pet Haven Cat Adoption Center.

Since January, around 20% of owner surrenders at the Idaho Humane Society have been because of people moving, which can mean rent prices went up and a family was unable to find a place their pet could live, or an inability to afford having pets or the pet deposit or monthly pet fees, said Laurien Mavey, the humane society’s public relations and digital media assistant.

“People are forced to make the most awful decision and probably a decision that they never anticipated having to make,” Mavey said. “They are just a lot of times, very emotional, distraught, they’re not wanting to have to give up their best friend.”

But owners might not have an option, she said, and dropping their pet off at the animal shelter is a chance to give it a life.

Because of the COVID-19 pandemic, some pet owners have lost their jobs or moved in with a family member, she added. Sometimes the family member’s pets don’t get along with the new pets.

“There’s also a pretty good chance that a high number of the strays that we’ve had come in were just left because of moving and rehoming that takes place outside of our shelter,” Mavey said.

In the Treasure Valley, home prices and rents have risen substantially. During the pandemic, Boise saw the highest jump in rent costs nationwide. The median home price was 40% higher in June 2021 than June 2020, the Idaho Press reported.

Last year, 3,500 Treasure Valley residents became homeless for the first time in their lives, according to Jesse Tree, and 824 evictions were filed in Ada and Canyon County. Some family pets are also seeing a change in their housing situation.

During the pandemic, many individuals adopted pets as they found themselves social distancing.

The cats Harlow and Taitai, both girls, live one above the other at the shelter in Nampa.

Shelter Manager Jeannette Trachsel said there’s been a handful of cat surrenders due to housing or financial situations, but not a significant increase from normal.

Trachsel, who has been manager for six years but worked at the shelter for more than 12, said the worst year for surrenders due to housing or financial situations was in 2008.

“There is a need for more fostering for situations like that, people who are in between (houses). We try to help them out here as much as we can, if it’s a matter of a week or two and we have space,” Trachsel said. “Currently we don’t, because it’s kitten season.”

The need for adult cat fostering is also evident for people who are experiencing homelessness, she said.

Housing struggles will most likely continue in the Treasure Valley.

A nationwide eviction moratorium ended Saturday, though the Centers for Disease Control and Prevention issued a new one on Tuesday for counties with “substantial and high levels” of virus transmission. It’s not known where Ada and Canyon counties fit in that criteria. But the new moratorium, which is planned to last until Oct. 3, will likely face legal scrutiny.

“If more people are forced to leave their homes and are struggling to find other places to live, … that definitely means we could see an uptick in more owner surrenders in the next few months,” Mavey said.

The outreach and fundraising coordinator for Simply Cats, a cat adoption center in Boise, told KTVB that the shelter normally takes care of 30 to 40 cats. Currently, 55 cats are in the shelter and the organization has a total of 166 with foster care.

"It's really stressful for us because we get phone calls every day from people saying they have to give up their cat, whatever their situation is, maybe a loved one died and they can't care for that cat and we have to tell them, if you can wait a month, there may be space open in a month," Maddie Cory said.

The Idaho Humane Society told KTVB that while they haven't been overwhelmed with surrenders, they have seen an increase.