If you hear the noise of a rattlesnake, your first step will probably be in the opposite direction, but a dog’s natural instinct is to get closer and investigate. 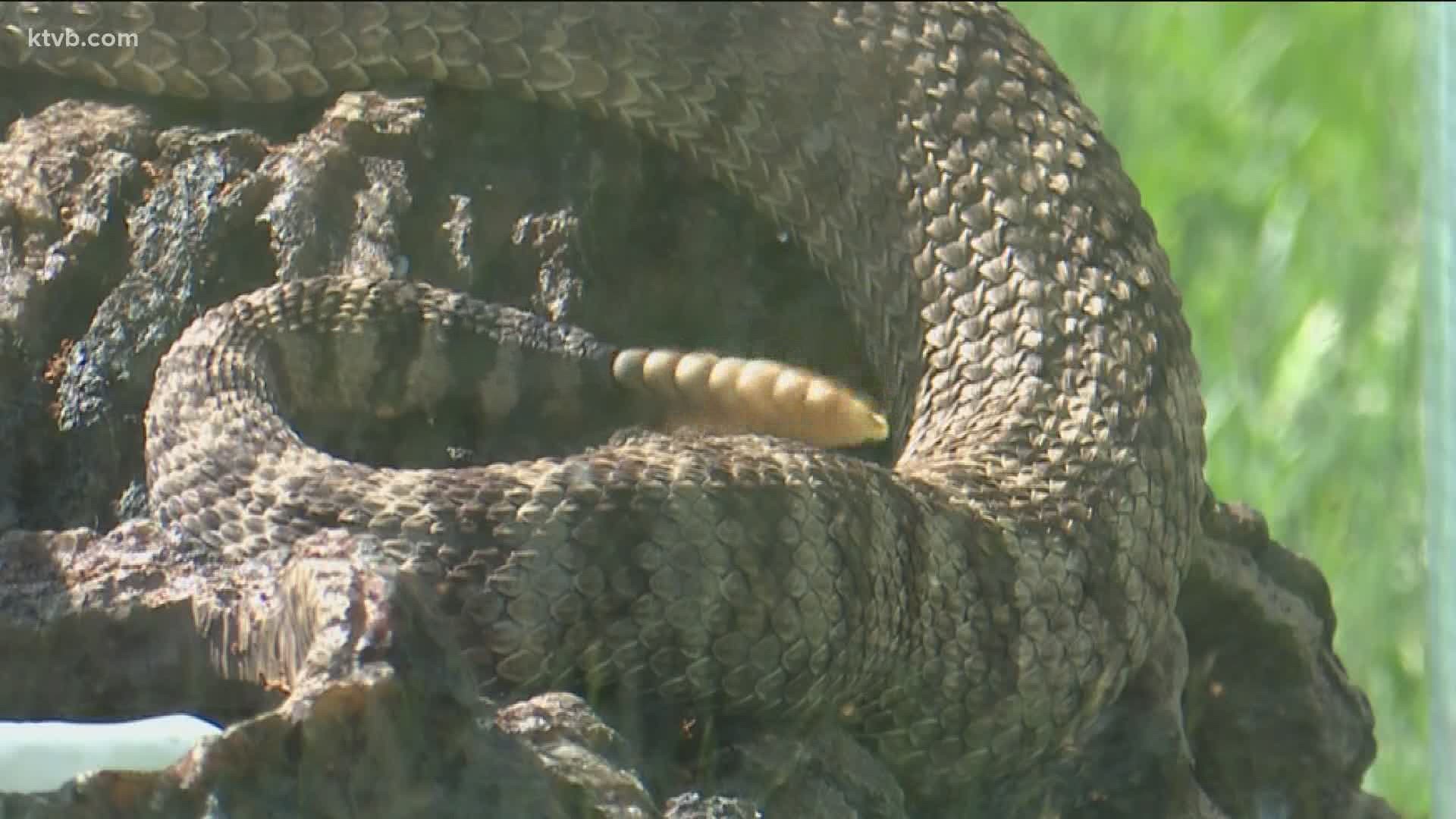 BOISE, Idaho — If you hear the noise of a rattlesnake, your first step will probably be in the opposite direction, but a dog’s natural instinct is to get closer and investigate.

“Dogs are just curious so they’ll get close up behind a snake and then eventually the snake gets mad then your dog gets bit,” said Keith Whitworth, a dog trainer at Total K9 in Meridian.

Whitworth is a retired K-9 officer for the Bureau of Land Management with over 15 years of training dogs in the wild.

He said the biggest threat to your dog in Southwest Idaho are rattlesnakes.

To combat this threat, Whitworth is offering snake training courses this summer.

“We try to catch a live rattlesnake from off public land so the snake is not domesticated,” Whitworth said. “Then we’ll bring the dogs up during the training until they start showing some interest in the snake.”

At one of his training classes, your dog would repeat the process a couple of times, so the dogs will associate the sight or sound of a rattlesnake with a shock.

As far as human safety goes, Idaho Fish and Game said you will be fine on the trails if you keep your eyes and ears open.

“If you sit down, look where you’re about to sit down, and don’t reach under or peak under rocks where snakes are likely to hide,” Roger Phillips said, public information supervisor for Fish and Game. “If you’re just out hiking doing your basic recreating, you’re probably not going to encounter any, and if you do they’re going to let you know that they’re there. so just keep your distance.”

Rattlesnakes may be venomous, but they keep rodent populations down, which is good for Idaho’s ecosystem.

Whitworth’s snake training class is Saturday, May 22 in Meridian at Mallard Landing Park at 1:00 p.m.